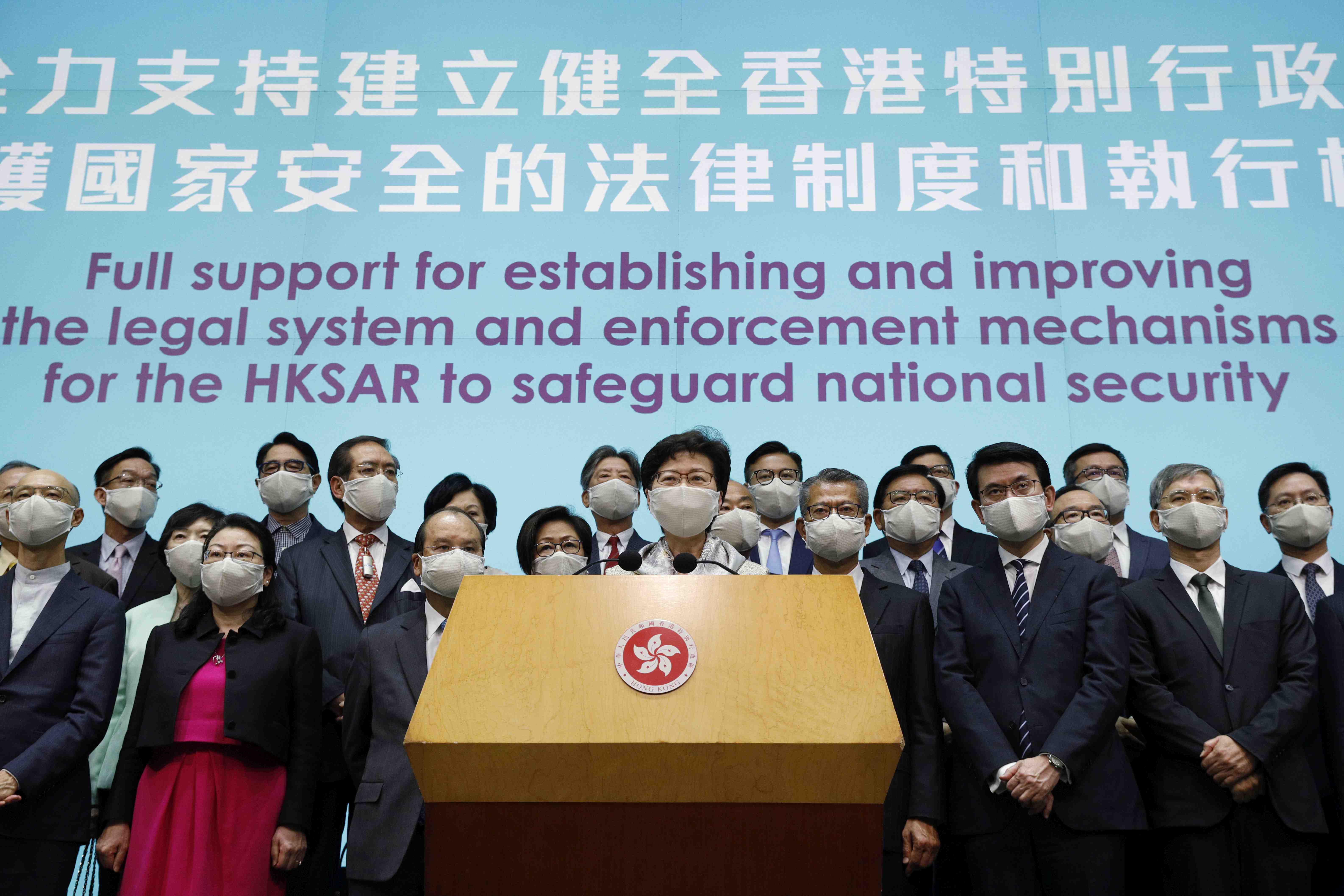 Global companies cannot exit China. Nor can people suddenly stop buying goods which are made in China, or which contain critical components manufactured there.

Nevertheless, consumers and business leaders alike should understand that, in China, politics comes first, and the primary political impulse of the Communist Party is the preservation of its monopoly on power. For that reason, the regime is prepared to use the full force of the law to curtail the freedom of millions of its citizens.

Beijing recently announced a clampdown on Hong Kong. New laws aim to thwart the campaign for autonomy by criminalizing various acts, such as challenges to the authority of the central government in Beijing. In the future, pro-democracy marches could meet a brutal response from the authorities. A garrison of the People’s Liberation Army stands by on the border of the city.

A potential flashpoint could come on Thursday June 4th, the anniversary of the Tiananmen Square massacre. This is usually marked by a peaceful vigil in Hong Kong but this year – for the first time in 30 years – police have denied permission for this to go ahead, citing concerns over the spread of the coronavirus.

The rally has been held to commemorate the lives lost in 1989, when the Chinese military opened fire on citizens in Beijing’s Tiananmen Square who were calling for economic and democratic reforms.

The move has prompted international outrage. The British Foreign Secretary Dominic Raab has expressed “deep concern,” and accused China of curtailing Hong Kong’s liberties. America’s Secretary of State Mike Pompeo said: “While the United States once hoped that free and prosperous Hong Kong would provide a model for authoritarian China, it is now clear that China is modeling Hong Kong after itself.”

The Hong Kong crisis has also soured China’s relationship with Japan. The Foreign Ministry called Hong Kong an “extremely important partner,” and stated that “Japan is seriously concerned about the Chinese decision.”

It added: “It is the long-standing policy of Japan to attach great importance to upholding the free and open system which Hong Kong has been enjoying and the democratic and stable development of Hong Kong under the ‘One Country Two Systems’ framework.”

Japan’s Vice Minister for Foreign Affairs Takeo Akiba even summoned the Chinese ambassador, Kong Xuanyou, for a dressing down in Tokyo — a bold move, given the efforts which diplomats have been making recently to try to smooth things over with China.

Japan and China have been rivals for centuries and continue to view the world from very different perspectives. Yet, culturally, they share much in common, and in 2019 a record number of Chinese tourists came to Japan. President Xi Jinping was due to visit Tokyo this spring, ahead of the Olympic Games, both of which have since been postponed.

Shock over the Olympics is one reason Prime Minister Shinzo Abe is suffering in the opinion polls. He also faces criticism over his clumsy handling of the coronavirus pandemic response. Yet I believe that, in the field of international relations with China, Mr. Abe has shown considerable skill, despite the recent shift in the balance of power in Asia.

In December 2019, when he visited Beijing, Prime Minister Abe said he wanted “to build a relationship suitable for a new era.” In return, President Xi claimed he hoped Sino-Japanese ties “could be raised to a new level.”

Since then, Mr. Abe has observed China’s continued shift towards authoritarianism. He has been assessing the risk this poses to Japan’s security, as well as to its business interests. He has tried to coax Japanese companies out of China by offering subsidies totaling ¥240 billion JPY ($2.2 billion USD) if they agree to reorganize their supply chains and bring work back to Japan.

In my role as the editor of a magazine about business and politics, Asian Affairs, I often speak privately to people who have extensive business interests in China. They tell me it is difficult to negotiate with Chinese officials who have been raised on communist propaganda, which often denigrates other nations.

I also speak to Chinese business delegations and diplomats. They say that almost all enterprises are becoming more tightly controlled by the state, and that loyalty to the Communist Party is enforced throughout business life.

One area in which politics and business closely converge is in China’s ambition to be a dominant global player in mobile technology. China tells other governments that they must use its companies, especially Huawei, to build their 5G networks, or be left behind.

In mainland China, the rapid uptake of 5G has coincided with a new type of digital authoritarianism, as the government harvests data on people’s movements, their spending habits and even their thoughts and moods. Surveillance is ubiquitous and almost impossible to resist. As cash disappears and nearly every financial transaction takes place over the phone network, the whole Chinese economy has grown dependent on the state-run enterprises which control 5G, especially Huawei.

It is therefore not surprising that, in democratic countries, Huawei is viewed with suspicion. The government of Canada recently agreed to extradite one of the company’s senior executives, Meng Wanzhou, to face trial in the United States. When she goes to court, it could be seen as a day of judgement not just for Ms. Wanzhou, but also for Huawei and even for China itself.

The U.S. has banned the use of Huawei equipment in its 5G networks and encourages allies, including Japan, to do the same. The American government also attempts to stop U.S. companies selling gear to Huawei, although there are many ways in which businesses attempt to circumvent the restrictions.

Huawei and other Chinese tech companies have been almost completely excluded from 5G networks in Japan. This is not simply because the Americans have been vocal in their concerns. The government of Shinzo Abe recognizes that millions of Japanese are virtually dependent on their mobile phones, so this places them at risk of manipulation by the companies which handle the mobile networks.

The government has therefore asked national champions, such as NTT Docomo, KDDI and SoftBank, to run Japan’s 5G services. The rollout is progressing at a slower rate than in some other Asian countries, such as South Korea. Yet, by taking things gently and maintaining a sensible level of regulatory supervision, Japan can ensure it gains the benefits of 5G while avoiding many of the downside risks.

The Japanese government has also agreed to pool information about 5G and economic security with the Americans. Japanese telecoms companies maintain fruitful relationships with their American counterparts, including Apple, which has flourished in Japan for decades.

China and America are powerful nations which influence almost every aspect of Japanese society. Nobody wishes to be forced to take sides, especially when the choices are far from straightforward. Yet, in the field of digital technology, siding with a Chinese state-owned enterprise provides support for a communist system which is becoming increasingly assertive.

When alternative options to choosing China exist, Japan should take them.

Duncan Bartlett is the editor of Asian Affairs magazine and a regular contributor to JAPAN Forward. He also runs the news portal, Japan Story.