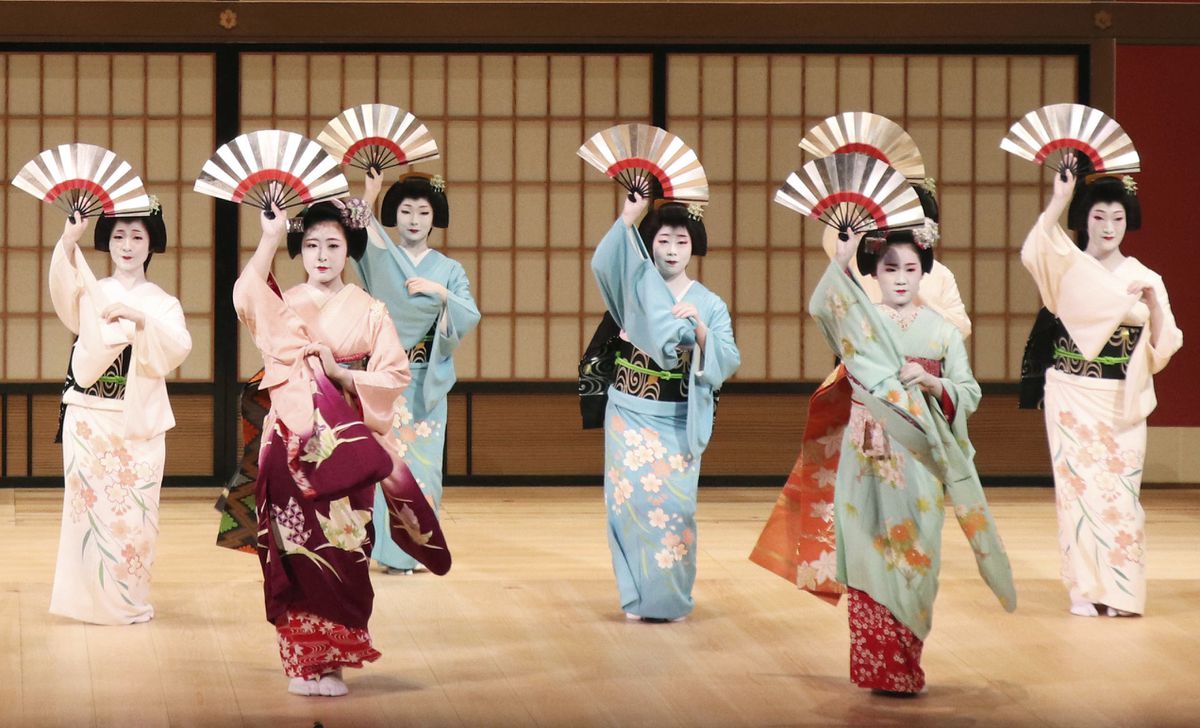 The “Early Autumn of Gokagai” (five flower districts), in which young geisha and maiko (apprentice geisha) from the five entertainment districts of Kyoto perform dance and song, was held at a city’s concert hall on September 3.

As its sponsor, the Kyoto Traditional Art Foundation, pointed out, this was an effort to give the young artists a chance for more experience since their performances had been canceled one after another due to the COVID-19 pandemic.

A total of about 50 young geisha and maiko from each of the five entertainment districts performed traditional dance and song. They danced beautifully in colorful kimonos to songs and the music of the shamisen, a three-stringed traditional Japanese musical instrument.

The audience in the fully packed theater quietly applauded.

A 17-year-old maiko from East Gion (the famed Kyoto entertainment quarter) expressed the difficulties they had encountered during the pandemic-induced closures, saying: “At times I was worried because there were no banquets or stage performances, and I didn’t know what to do. So I’m very happy to be on stage.”

Eri Tomi (16), who was on the stage for the first time, smiled as she remarked, “I really felt this must be what it feels like to be a maiko.”

The event can also be viewed online, and more information in Japanese can be found on this website here.