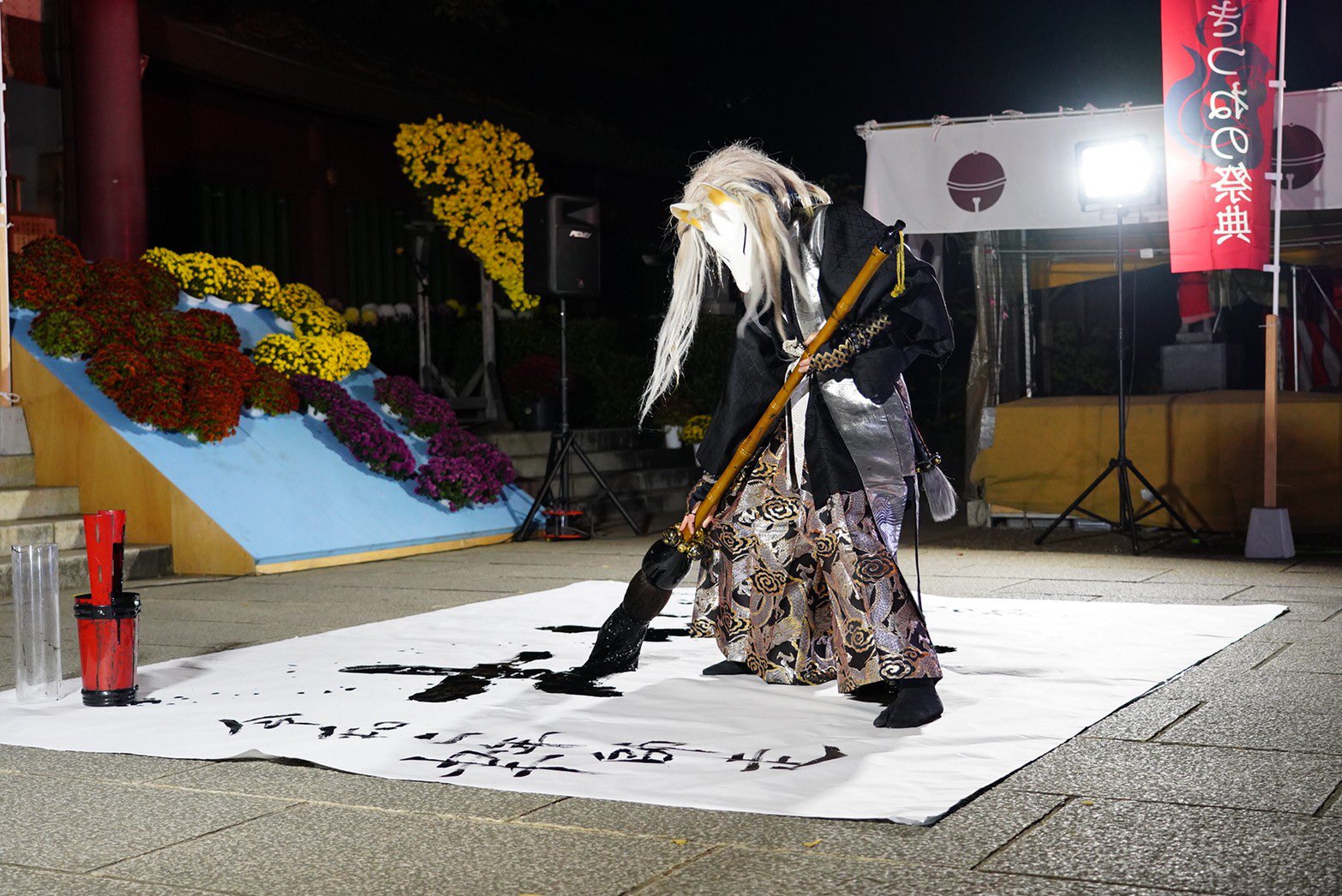 ~Kasama locals had courage and ingenuityーthey held the festival online. Even though I was 100 km away in front of a laptop screen, I was so energized by the foxes and the festival atmosphere.~

This year, so many events all over Japan have been either canceled, rescheduled or scaled down because of COVID-19. But the residents of Kasama, Ibaraki Prefecture, found an ingenious way to keep their spirits up and local traditions alive.

The city is famous for Kasama Inari, a shrine dedicated to a popular Shinto deity of prosperity and well being. Like the few thousand other Inari shrines throughout Japan, there are statues of foxes with offerings from worshipers placed in front of them. They are messengers of the deity and believed to have supernatural abilities to interact with humans.

Kasama first appeared in historical records called Fudoki in 713 A.D., in an ancient report on regional culture, geography and folklore in this country. Its shrine is also said to be over 1300 years old.

However the close relationship between humans and foxes might be traced back even further, and the locals keep those legends alive today. There are many folktales about foxes throughout Japan, like the “fox’s wedding procession,” a line of mysterious lights seen in the distance glowing at night. But here in Kasama, legend says that foxes come to town during autumn festival, to celebrate together with the people. And this is reenacted outside the shrine.

With no end in sight to COVID-19 this year, this event was nearly canceled to prevent crowds from gathering at the venue. However, Kasama locals had courage and ingenuity. They decided to hold the festival online and the scenes can still be replayed on YouTube on this link.

Highlights from the nighttime festival include performers in fox outfits playing the drums or dancing with Japanese fans in both hands, and participants going on a lantern parade around town.

Towards the close of the event, Ichinoshin, one of the town participants, shows his calligraphy skills, vigorously sliding his brush to come up with the words soushi,(壮志) which can be loosely translated as “high aspiration” or “strong will”. He later explained to me “I chose this word to express the elegant beauty of Kasama (he was referring to the colorful chrysanthemum flowers which decorate the shrine this time of the year) and to call on everyone to keep up their spirits in these tough times.”

Even though I was 100 km away in front of a laptop screen in Tokyo, I was so energized by the foxes and able to share the festival atmosphere.

But could this be the “new normal” way of preserving local traditions in Japan? I hope not. If COVID-19 is under control soon, 2020 should be the first and last time foxes celebrate online.

I would like to thank the festival organizers including Master or Ceremonies Mr. Toya, calligrapher Mr. Ichinoshin as well as the Kasama City Office for their assistance.

Kaoru KURIYAMA is a freelance writer. A graduate of Sophia University, he spent more than 20 years working in New Zealand. He returned to Japan in 2010 to to work for the Ministry of Defense (civilian staff) on contract, and now is covering Asia including Japan as a freelance writer and photographer.