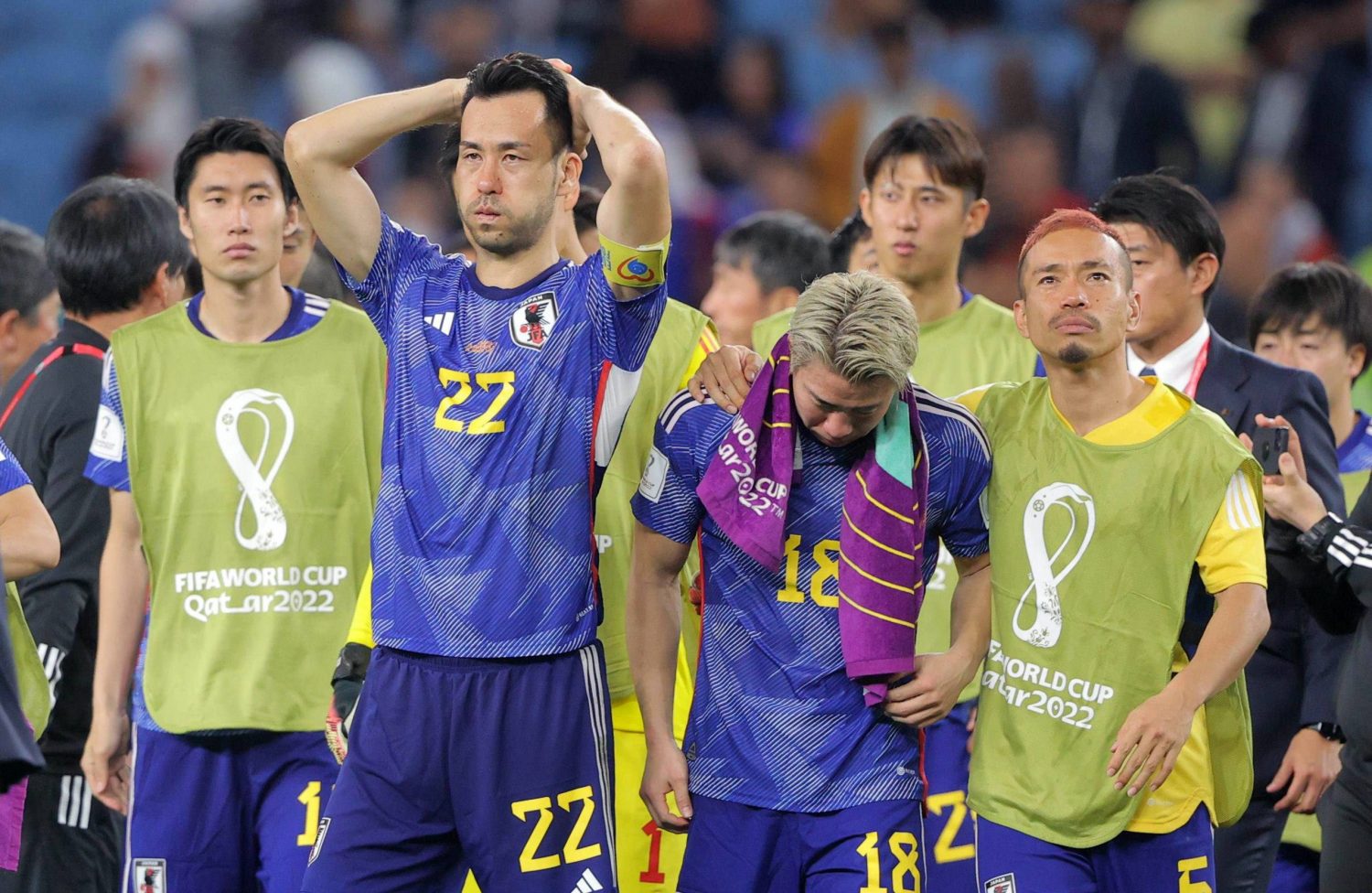 Japan teammates (from left) Daichi Kamada, Maya Yoshida, Takuma Asano and Yuto Nagatomo react after losing to Croatia in the 2022 FIFA World Cup in a round of 16 match that ended in a penalty shootout on December 5 in Al Wakrah, Qatar. (ⒸSANKEI)

There was no spellbinding comeback in the quarterfinals for the Samurai Blue. Instead, Croatia, the 2018 World Cup runner-up defeated Japan 3-1 in a penalty shootout in a round of 16 match on Monday night, December 5 in Al Wakrah, Qatar.

The Samurai Blue's hopes of reaching the World Cup quarterfinals for the first time ended at 2:44 AM JST on Tuesday.

Up next: World No. 12 Croatia, riding a 10-match unbeaten streak in international play this year, faces Brazil, which defeated South Korea 4-1 in Monday's second round of 16 match, on Friday, December 9.

Daizen Maeda scored for Japan in the 43rd minute. Croatia's Ivan Perisic tied it at 1-1 in the 55th minute.

In 30 minutes of extra time, neither team scored, forcing penalty kicks to determine the winner at Al Janoub Stadium.