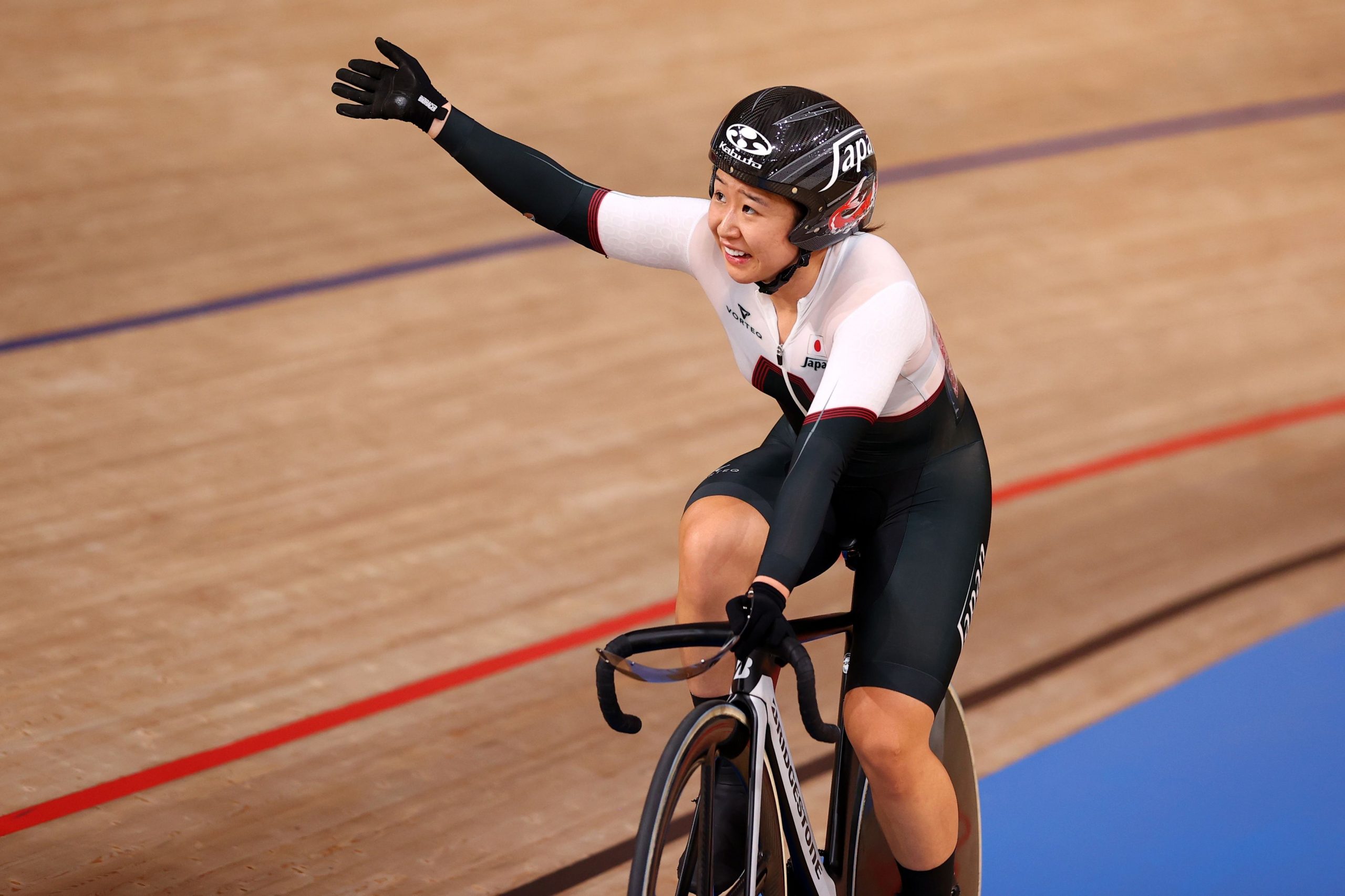 Japan cyclist Yumi Kajihara celebrates after earning the silver medal in the women's omnium event at the Izu Velodrome in Shizuoka Prefecture on August 8. (REUTERS/Matthew Childs)

Yumi Kajihara won silver in the women’s omnium race, the final cycling event of the Tokyo Olympics on Sunday, August 8.

Kajihara, the most recent world champion in the omnium race, became the first Japanese woman to medal in cycling.

She remained consistent throughout the first three of the four races that make up the omnium event, finishing second in the scratch and elimination races and fifth in the tempo race.

The final points race began with Kajihara in the second-place spot, and despite a crash with nine laps to go, she quickly got up to finish the race and ultimately kept her place for the overall omnium event. She finished with 110 points.

Kajihara, 24, was also part of the Japanese team in the Madison race on Friday, August 6, but didn’t finish the race after losing too many points from being lapped twice.

The United States’ Jennifer Valente, who also crashed during the points race, won gold with 124 points. Valente got a lead early on in the omnium races, finishing first in the scratch race. Kirsten Wild of the Netherlands took bronze with 108 points.

The race, which was an 80-lap, 20,000-meter event, was held with spectators at the Izu Velodrome in Izu, Shizuoka Prefecture. In a post-race interview, Kajihara said, “I could hear the audience cheering while I was racing, and it encouraged me when I was feeling frustrated,” according to Yahoo News.

She also expressed mixed feelings about her silver medal: “The race was the result of all the hard work I have put into it. However, I've been aiming to become the champion, so I'm also very disappointed.”

In the men’s keirin race, four-time Olympian Jason Kenny of Great Britain raced ahead of his competitors to capture the gold, winning the race by 0.763 seconds. Kenny is Great Britain’s most decorated Olympic athlete and was the previous winner of the keirin race at the 2016 Rio Games. He adds the gold to a silver from the men’s team sprint, as well as six golds and one silver from past Olympics.

After the pacer left the track, Kenny powered ahead and stayed far ahead of the pack for the remainder of the three laps.

Malaysia’s Mohd Azizulhasni Awang edged out the Netherlands’ Harrie Lavreysen by a hundredth of a second to take silver, and Lavreysen took bronze.

Japan’s Yuta Wakimoto was knocked into the seventh-to-eleventh race after placing fifth in the semifinals, but led the finals race and finished overall in seventh.