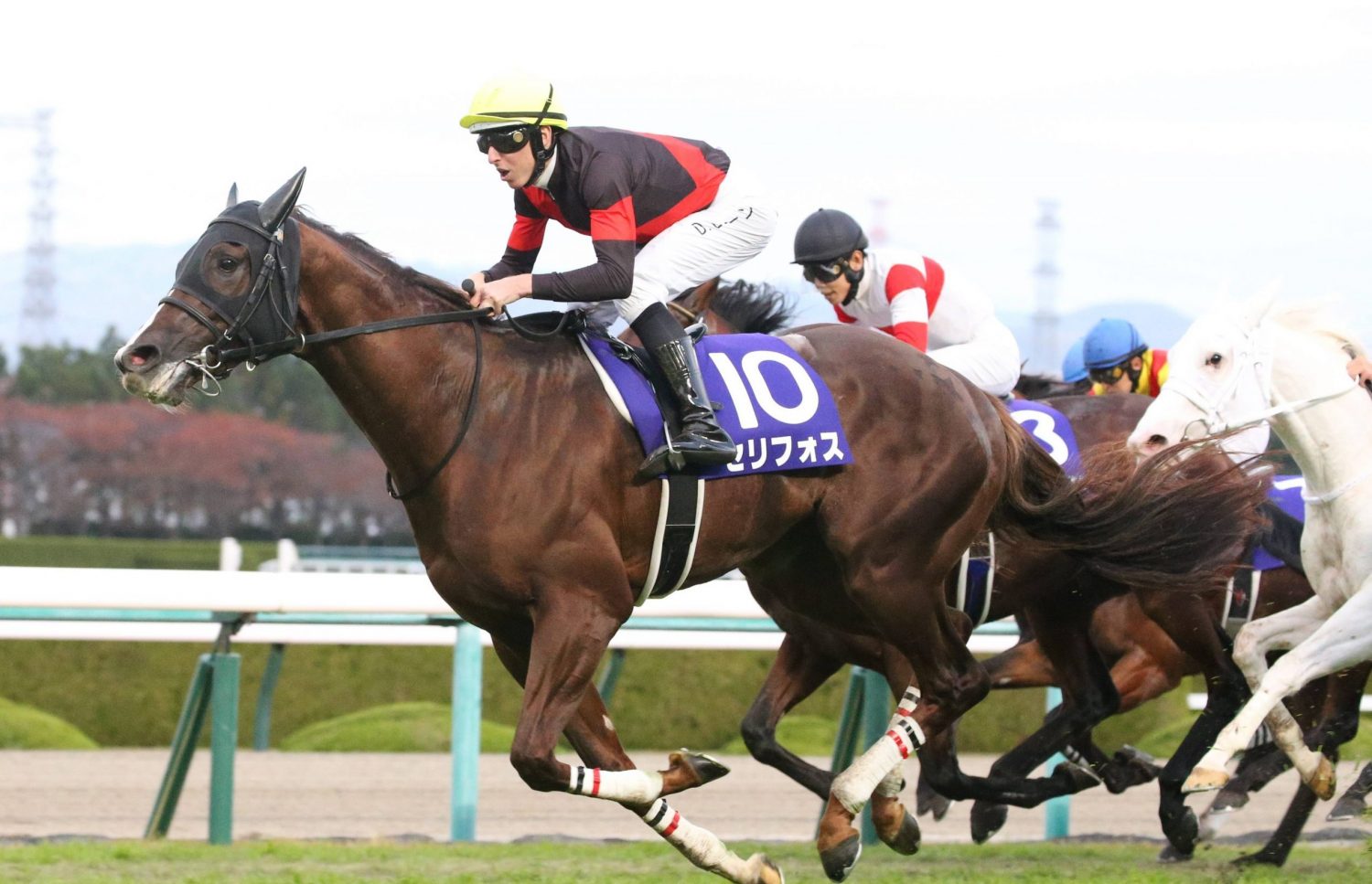 Serifos, ridden by Damian Lane, sprints toward the finish line in the 39th running of the Mile Championship at Hanshin Racecourse on November 20. (ⒸSANKEI)

Methodical and calculated, Damian Lane's in-race management of Serifos produced the desired results in the 39th running of the Mile Championship.

The jockey-horse tandem rode from near the back of the pack, gradually moved into contention and then moved past the other challengers with 50 meters remaining en route to a 1¼-length victory over Danon the Kid (Yuichi Kitamura) on Sunday afternoon, November 20.

As the race unfolded, the 3-year-old chestnut colt demonstrated that he was prepared for the challenge. And there was no margin for error in a 17-horse field with numerous accomplished jockeys and thoroughbreds at Hanshin Racecourse in Takarazuka, Hyogo Prefecture.


The Daiwa Major-sired Serifos, the sixth favorite, ran the final three furlongs (about 600 meters) in 33.0 seconds, the quickest time of all entrants in the Japan Racing Association Grade 1 race. (Watch the full race here.)

"I'm very happy. The horse was super today," Lane, a 28-year-old Australian jockey, said in his post-race interview. "He's very consistent and I knew he would improve after watching his videos [of previous races]."

Lane added, "I wanted to show how really competitive he is. The pace was good and he was a bit keen early but I was always confident."

White filly Sodashi (jockey Hayato Yoshida's ride), the second favorite who has a rabid following among racing fans, finished a half-length behind Danon the Kid.


A First for Serifos

Daiwa Major won consecutive Mile Championships in 2006 and '07, and 15 years later, his offspring captured his first G1 victory in the same event.

Serifos had a notable start to his career in 2021 with three consecutive victories, including in the G3 Niigata Nisai Stakes (1,600 meters) and the G2 Daily Hai Nisai Stakes (same distance).

Early frontrunner Piece of Eight and Falconia, who held the lead later, both faded from the front as other challengers moved past them, including Serifos, who galloped at full stride from the outside, Sodashi and Danon the Kid.

Yutaka Take, winner of the 2012 and 2013 Mile Championship with Sadamu Patek and Tosen Ra, placed seventh with Air Lolonois.

Cristian Demuro, who rode Geraldina to victory in the G1 Queen Elizabeth II Cup on November 13, finished ninth aboard Piece of Eight.

Norihiro Yokoyama, a three-time race champion (most recently in 2009 with Company), placed 10th with Matenro Orion on the penultimate Sunday of the month.

England's Ryan Moore, the 2015 Mile Championship-winning jockey with Maurice, had to settle for 14th this time aboard third favorite Salios.

The prestigious Japan Cup will be held on Sunday, November 27 at Tokyo Racecourse.