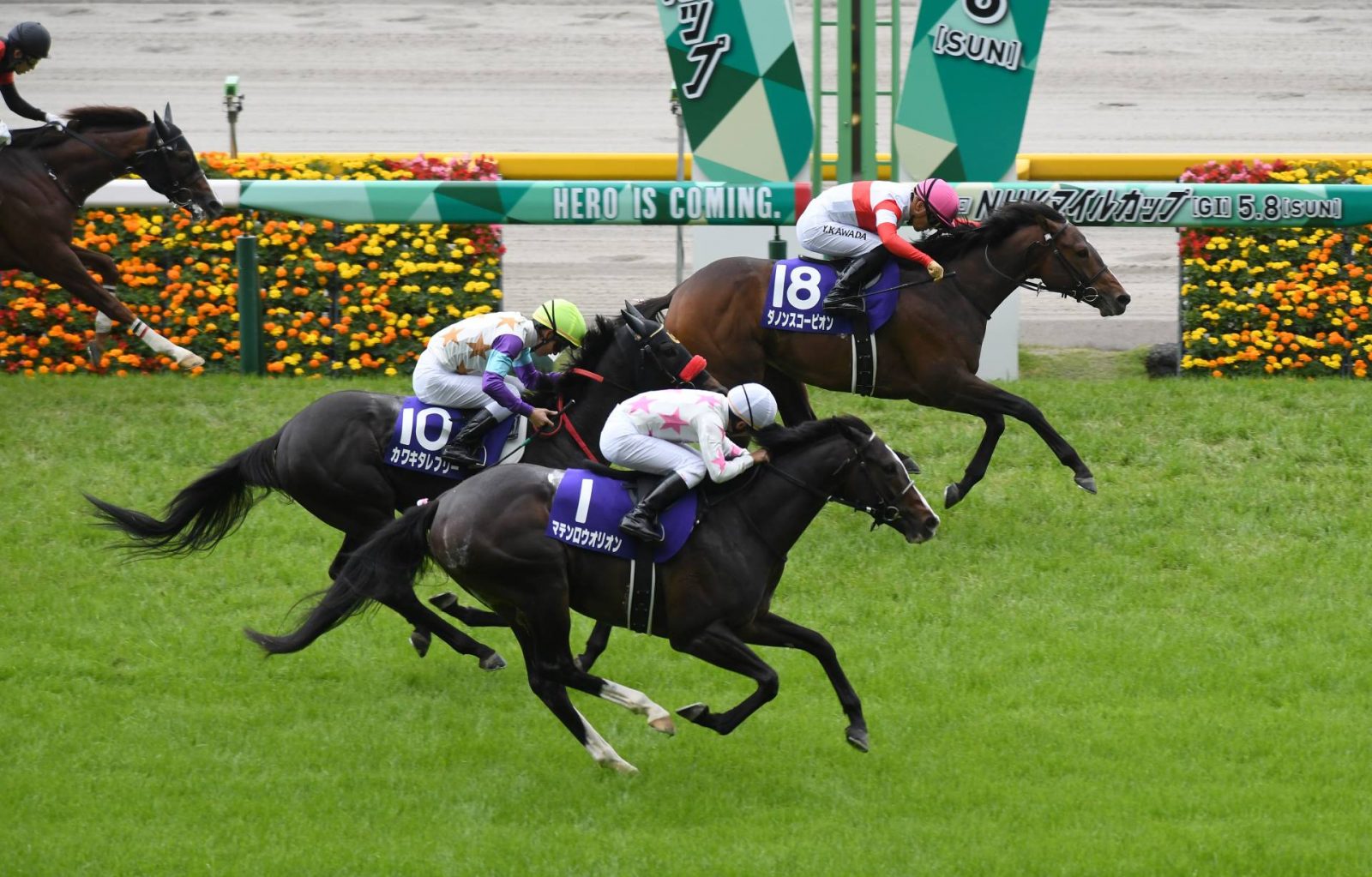 Yuga Kawada has a notable track record of success in recent years.

He delivered a bold reminder of his undeniable talent in the NHK Mile Cup on Sunday, May 8 at Tokyo Racecourse.

The race’s conclusion provided the ideal platform for Kawada to shine.

In the speedy showcase for 3-year-olds, fourth favorite Danon Scorpion, who entered the 18-horse competition in the No. 18 post position was ready for the challenge in crunch time. The Lord Kanaloa-sired bay colt galloped past favorite Serifos under Yuichi Fukunaga with around 100 meters remaining and held on for a victory by a neck’s length over third pick Matenro Orion (Norihiro Yokoyama).

Before an announced crowd of 25,051 for the 27th running of the NHK Mile Cup, Danon Scorpion had room to operate on the outside and found his comfort zone with Kawada at the helm.

Danon Scorpion sprinted at a steady pace and sat in the middle of the pack early on before gaining position as the race progressed. That enabled him to mount an exciting title pursuit down the stretch, with Matenro Orion and Kawakita Reverie running out of real estate to overtake Dannon Scorpion. (Watch the race here.)

“It was a great feeling to have won in front of a big crowd like this,” Kawada said after the race.

“It was a close victory and I knew that the horses on the outside route were all coming up with a lot of force, so although I felt we had won crossing the wire, I had to be sure by watching the video after the race.”

In his debut as a 3-year-old, Danon Scorpion finished seventh in the G3 Kyodo News Hai, an 1,800-meter race, on February 13 at Tokyo Racecourse. Kawada then guided him to a triumph in the G3 Arlington Cup over 1,600 meters on April 16 at Hanshin Racecourse.

“Danon Scorpion was in perhaps his best condition coming into this race so I had a lot of confidence (despite a wide draw) — he was in good rhythm and balance so I had no worries,” Kawada commented.

“He was very much out of form going into the Kyodo News Hai, but he managed to perform well while still at the stage of improving in his last start. I think that really boosted his motivation for this race and I felt it today in his movement during the post [-race] parade.”

The winning jockey said of the Takayuki Yasuda-trained Danon Scorpion, “The colt has great potential and, for me, it is a relief to have accomplished the goal of making him a G1 winner and I am grateful to have the chance to ride such a talented mount.”

Kawada is the Japan Racing Association’s leading jockey this season with 63 victories in 226 races. He’s finished second 41 times and third on 35 occasions.

The 36-year-old rider placed runner-up on the JRA wins list in 2019, 2020 and ’21, trailing only Christophe Lemaire all three years. Lemaire rode Crown Pride to a 13th-place finish at the Kentucky Derby on Saturday, May 7.