Does Japan Have a Role in Trump's Infrastructure Drive? 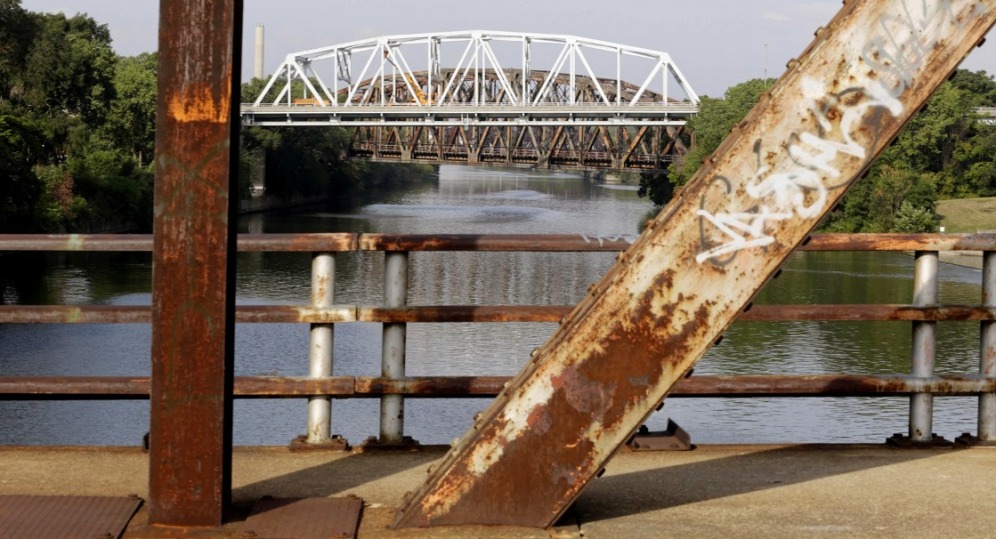 These animal spirits are driven mainly by two of Trump’s campaign pledges: the reduction of U.S. corporate taxation rates from 35 percent to 20 percent or lower, and the implementation of infrastructure investment programs across the United States.

Japanese companies could be major beneficiaries of these infrastructure investment opportunities.

These investments—many of which may be overdue for decades—were one of the few areas where the policy platforms of the Republicans and Democrats overlapped. So far President Trump seems to be adhering to his domestic economic and jobs-policy agenda while backtracking on some of his more controversial international policies stances such as the independent Taiwan policy and the relocation of the U.S. embassy in Israel.

The bedrock of Trump’s support base is in the blue-collar and mainly white Midwest region where the economic downturn had its most significant negative impact. This is also the demographic cohort that may benefit most from job creation associated with infrastructure investments that should also improve economic prosperity and the quality of life for U.S. citizens.

Infrastructure specialists have given the United States a “D” grade for infrastructure and this needs to be raised to at least a “B” grade. Some economists estimate that under-investment in U.S. infrastructure may be costing a typical U.S. family $3,400 in annual lost disposable income.

The investment areas that have been identified as most critical are dams, airports, roads, water reservoirs, rail transportation, electrical power systems, and oil and gas infrastructure. Half of the 90,000 dams in the United States may be over 50 years old.

Many of Japan’s engineering companies have established international track records in building major infrastructure projects on time, on budget, and to the highest engineering standards. It is regarded as a core competence of the Japanese nation. Japan’s own infrastructure is a testimony to these capabilities.

Hillary Clinton advocated for a five-year U.S. infrastructure investment program of $275 billion—Trump thought that it should be double that. Other estimates put the investment required at $1 trillion.

The roads and transit systems in the United States may alone require investments of $1.7 trillion and some in the civil engineering disciplines believe the investments required may be as much as $4 trillion between now and 2025.

However, recent technological developments such as autonomous driving, advances in the information economy, and the move to cleaner energy sources may make some of these infrastructure investments difficult to plan.

After the Fukushima accident, Japan was forced to rapidly change some of its energy planning forcing the country to quickly adapt some of its regulatory structures to accommodate new energy sources. Much of the infrastructure in the Tohoku region also had to be rebuilt. Japanese companies should be able to leverage this experience when bidding for projects in the United States.

The impacts of a changing climate may also be impairing U.S. infrastructure as was evidenced in the Midatlantic region with Hurricane Sandy and more recently with the damage in California to water infrastructure due to heavy rains. The water crisis in Flint, Michigan is also indicative of a stressed and aging infrastructure.

The funding for these U.S. infrastructure investments is also an area that Japanese financial institutions could assist with. Japanese banks are now among the leading infrastructure lenders in the world, and Japan is already the largest foreign investor in U.S. sovereign debt.

Japanese banks are struggling to identify lending opportunities in their domestic market due to low economic growth, anemic capital investments by Japanese corporates, and challenging demographics.

Given the existing high levels of U.S. government deficits and public debt, private sector finance is expected to also play an important part in funding these U.S. investments through public/private partnerships. Toll financing and gasoline taxes may partially fund the investment in roads and bridges.

Some projects are already at the planning stage such as high-speed rail project in California. President Trump has also recently reauthorized the construction of the Keystone and Dakota access oil pipelines.

The United States is expected to become the largest producer of oil and gas in the world over the next several years and may extract as much as $25 trillion of oil and gas over the next decades. Consequently, U.S. authorities have identified over 100 major energy projects that may require construction or replacement.

Tom O’Sullivan is the founder of Mathyos Japan, a former investment banker, and is a civil engineer and chartered accountant