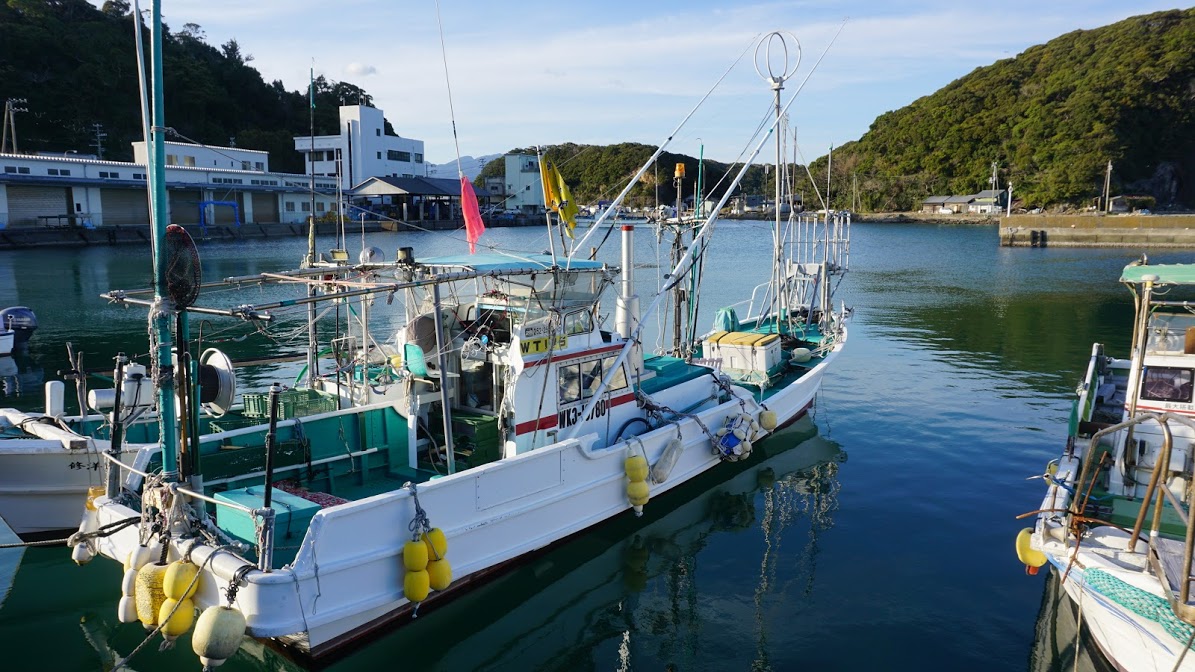 Part 2: With Japan’s Withdrawal, What Lies Ahead for the International Whaling Commission’s Scientific Committee? 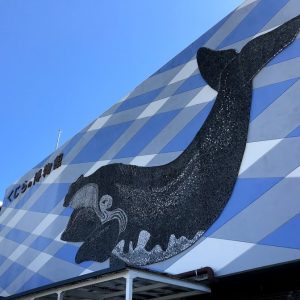 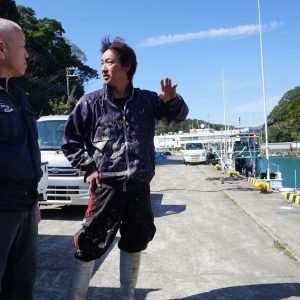 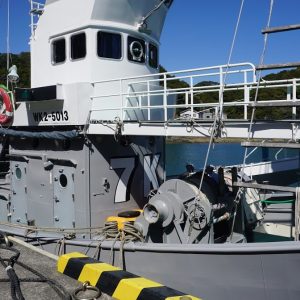 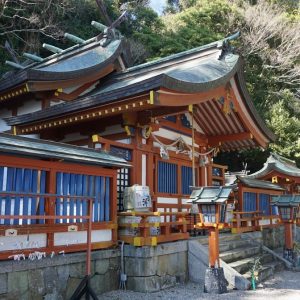 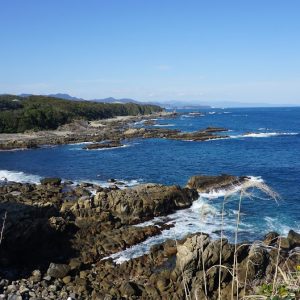 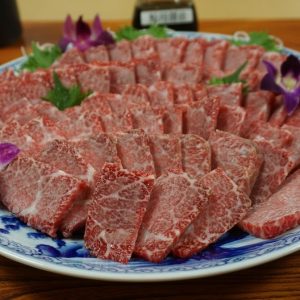 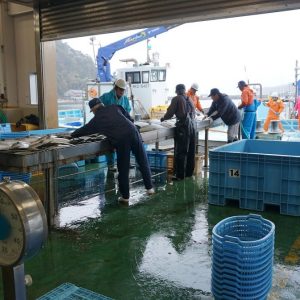 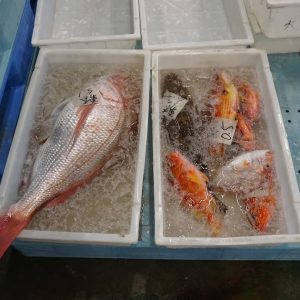 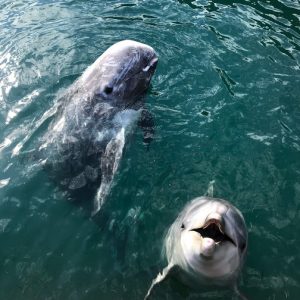 On March 29, the No. 7 Katsu Maru — a large grey fishing boat — left Taiji, Wakayama. A handful of fisherman stood on the deck of the boat, waving to their loved ones who were seeing them off from the shore.

It might sound like a regular scene in a normal fishing village, but it wasn't. The boat was setting off to hunt whales destined for scientific research, and this was the last time it would do so.

The boat from now until June will join four other fishing boats, and their predicted catch for scientific research is around 80 animals. They are expected to focus on minke whale, looking at the animals' weight, age and eating habits.  Afterward, starting from July they will hunt whales destined for commercial use for the first time in 31 years.

The change was brought about by Japan’s exit from the International Whaling Commission, announced in late 2018. The government’s decision followed increasing international criticism as Japan pushed for the abolition of the 1982 moratorium on commercial whaling.

Japan pointed out that, at the time, the moratorium was meant to be temporary and for scientific purposes. But with an increasingly emotionally-charged debate pushing away science and data at the IWC, the decision hasn’t been reversed.

Japan’s announcement was met with an outcry from anti-whaling nations and non-governmental organizations. The former mayor of London, Boris Johnson, posed the question, “Why is there not more outrage about Japan’s barbaric practice of whaling?” and the New York Times argued, “Japan: Stop Slaughtering Whales.”

Since the anti-dolphin hunting documentary The Cove (Lionsgate, 2009) won an academy award in 2010, the issue of Japan’s whaling has gained international attention. Between the documentary and the outrage in the media, Japan’s whaling communities have become a topic that even many laymen abroad might have an opinion on, and it tends not to be a favorable one, at least among those who speak out.

Yet, if one sets foot in this tiny town with a population of just over 3,000, it’s hard to understand why this peaceful place at the very southernmost end of Wakayama prefecture has people so up in arms.

To understand the issue, JAPAN Forward set out to hear from the people on the ground. We extend our thanks to journalist and researcher Jay Alabaster for his collaboration on this project. Alabaster has been living in Taiji since he started covering the story back in 2010.

Together we talked to a wide variety of people from different generations and walks of life, and slowly it became clear that the issue is not as one-sided as many — particularly in the international media — would have us believe.

Taiji and the History of Whaling

You can’t miss the whale references in Taiji, even if you try. Right from the moment you step out of the train at the station, your senses are hit with murals of swimming whales, whale manholes, and whale memorabilia in all shapes and sizes.

The town boasts an impressive museum recording the history of whaling. It covers the town’s connection with whaling all the way back to the Edo period, when Taiji was one of three cities famous for whaling in the region. The others are the towns of Koza in the west and Miwasaki in the east.

There are panels with painting reproductions of the importance of whaling at the time. One can see the different fishing techniques — even the use of nets, which is said to go back to the 1670s. Researching a bit further, it becomes apparent that the nets represented an incredible technological revolution in the fishing technique of humpback whales. The animals don’t float, which made fishing them exceptionally difficult.

The museum brings the visitor all the way up to modern whaling and the excessive hunting that continued until the 1980s. The information it provided helped explain the origins of the IWC’s 1982 moratorium.

The understanding that emerges as one goes around the museum, is that there isn’t just one relationship man had with whales over time. On the one hand, there is the long nostalgic cultural and survival history. But, on the other hand, the exploitation of the 1980s was excessive. Perhaps what is more interesting than this simple dichotomy is to see how the whaling communities such as Taiji negotiated the two.

Hayato Sakurai, curator of the Taiji Historical Archives, pointed out the boat decorations traditionally used by the whalers. The color is a bright red — an auspicious color — coupled with the pine tree, matsu, a symbol of prosperity. When trying to explain the significance, the curator hypothesized:

It’s very interesting to see this because in Buddhism one is not allowed to kill animals. While most [Buddhists] believed that humans could go to heaven and animals could not, some believed that, after being consumed by humans, animals had a chance to go to heaven. It’s not in the records, but I imagine that perhaps the fishermen thought that the last thing the whale was seeing was the boat. So maybe, fishermen wanted to create a heaven for the whales right there in the sea.

The Main Actors: The Fishermen

It is easy to understand that the practice of whaling is entrenched in this town just by talking to the fishermen who live there. There are many whaling-related surnames. For example, there is “Yutani,” which contains the character for oil, used to indicate those involved in the whale oil trade. There is also “Toumi,” which translates as “seeing far away,” or those who were entrusted with the lookout for whales on the horizon.

Quite apart from the historical legacy, in recent years the work of the fisherman and their everyday lives have been affected as well. A documentary shot by NHK in 2010 in the aftermath of The Cove recorded repeated episodes of verbal abuse of fishermen by members of animals rights organizations, including Sea Shepherd. Episodes of vandalism, such as repeated cutting of nets, were also caught on film.

One source explained to us that the protesters have caused him to avoid walking around the bay featured in the The Cove, which is just around the corner from the whale museum called Hatakejiriwan.

Looking carefully toward the opposite side of the bay, you can see a police box. It was built in the aftermath of the documentary’s release and serves as a warning that behavior is being monitored so that threats and abuse won’t go too far. This is particularly important during the whaling season which goes from September to March.

Despite the international backlash, local fishermen don’t seem to be discouraged. In fact, when asked what he thought about Japan’s departure from the IWC, the head of the Taiji Fishing Association Yoshihumi Kai replied, “The normal fishing of whales was disappearing lately, so at the end of the day we were relieved that Japan decided to leave the IWC.”

At the same time, Mr. Kai stressed that the fishermen have no intention of becoming a destructive force. “We are the ones who suffer the most if nature is destroyed, or if the number of fish decreases, so we have no interest in having that happen.”

Dolphins Training, and the A Bay of Dolphins

Jay Alabaster, who has been researching whaling since he started covering the story as an Associated Press journalist, explained how the industry had changed dramatically since the times The Cove came out: “Back then, the protesters would go against the killing of the dolphins. Nowadays they tend to focus more on the dolphins in captivity.”

Also reflecting the spirit of the times, nowadays most of the revenue from whaling comes not from meat consumption, but from selling to aquariums in Japan and around the world.

As it happens, Taiji has an aquarium attached to the museum where people from all over the world come to see the different species of dolphins. The aquarium has all nine types that can be legally caught. Marine Mammal Section chief curator Daiki Inamori explained how this feature, among others, makes the museum a major center for whaling history and practices in Japan.

The outside section of the aquarium includes pools in the bay itself, where the dolphins can roam more freely than inside. The animals seem to feel the difference. As Inamori explained, “Although there are disadvantages as well, […] compared to other museums, we see more active behavior in the animals.”

Asked about the international criticism that it is cruel to hold dolphins in captivity and make them do all kinds of tricks and jumps, Inamori replied calmly: “We don’t make any animals do anything they don’t want to do. We offer them games to keep them stimulated, and continue as long as both parties are happy and enjoying each other.”

Inamori also explained how the exercises are a way of monitoring the dolphins’ health. “By running through all the exercises, trainers can measure their temperature, take their blood sample, and just in general make sure they are healthy. So that is a very important thing to keep in mind.”

The town facilities seem to be making the most of what they have, while keeping an eye on the next step. Kei Hanamura, the Parliamentary Representative for Taiji, told us how the mayor of the city plan to create a research center in the bay where the animals can swim freely. As of April 1, Mr. Hanamura told JAPAN Forward: “We have just approved the budget for building the net. This is the first step, and we plan to finish the construction of the net by the end of this year.”

He continued: “We would like people to envision the location as a sort of dolphin and whale sanctuary, where people from all over the world can come and research whaling.”

Of course, one might wonder: is it realistic to build a dolphin sanctuary in the bay? We asked Mr. Inamori whether this was a doable plan, and he acknowledged that nothing like this has ever been done before. But without skipping a beat, he enthusiastically explained: “We are not focusing on whether it can or can’t be done, but we are discussing how we can change the way we train dolphins so that such the plan can become a reality.”

Whatever one thinks about the broader subject of whaling or the consumption of whale meat, it is clear that there are real people and communities here that have lived with whales and dolphins as a central part of their life and culture for centuries.

The internet and mass media make it easy to judge from afar. But deep and profound lessons on protecting the whales comes from the humans who have lived their lives in tandem with these animals for centuries. The discussion must respectfully include those most directly affected by the controversy.

JAPAN Forward expresses appreciation for the collaboration of Jay Alabaster on the research that went into this article.