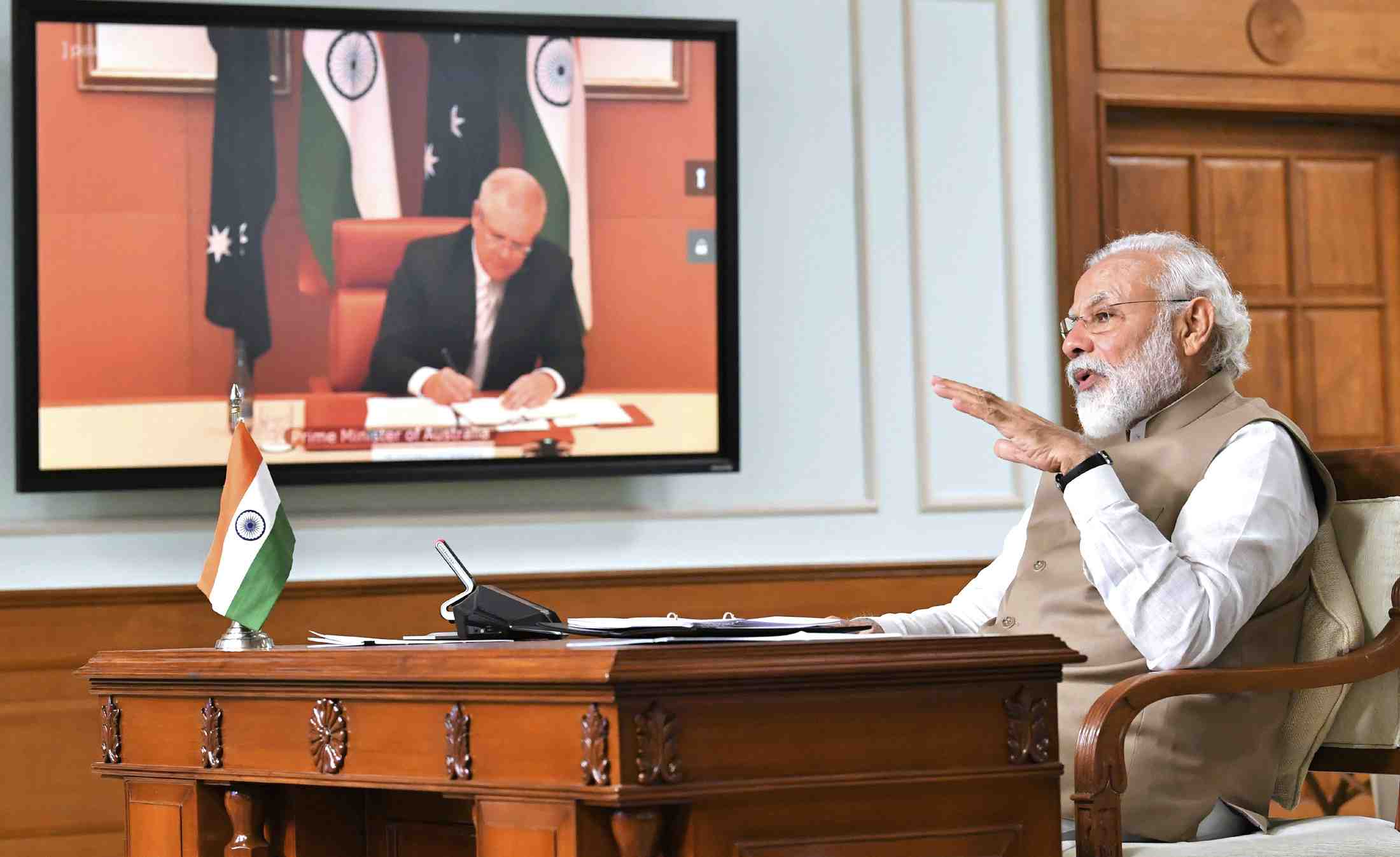 Two major countries in the Indo-Pacific region, Australia and India, have reached an agreement on upgrading their bilateral security cooperation. We heartily welcome this development as it resonates well with and is conducive to realizing the vision of a “free and open Indo-Pacific” that Japan and the United States have jointly advocated.

Australian Prime Minister Scott Morrison and his Indian counterpart Narendra Modi met for a virtual summit by video link on June 4, deciding on such key matters as holding a “two-plus-two dialogue” between the foreign and defense chiefs of the two countries.

The free and open Indo-Pacific initiative calls for ensuring peace and security with a rules-based order and open market economic prosperity in the far-flung area extending from the continents of North and South America to the eastern coast of Africa, by way of Asia.

To this end, a “quadrilateral” of Japan, the United States, Australia, and India — countries that share fundamental values such as freedom and democracy — must play leading roles. China’s attempt to seek global hegemony should never be acceptable.

The ongoing India-China border standoff has developed into armed conflicts between the two countries’ forces, causing fatalities of 20 soldiers on the part of India recently. This is the first time in 45 years that the China-India boundary dispute has resulted in the loss of lives.

Amidst the new coronavirus pandemic, China has been forging ahead with its expansionist behavior in various areas, including the East China Sea and the South China Sea. There can be no denying that Beijing has been maneuvering to divert its people’s attention from domestic woes to the territorial disputes.

In response to Australia’s call for an independent inquiry into the origins of COVID-19 and the spread of the infections, China has meted out retaliatory acts of limiting farm imports from Australia and tourists to and from Australia. It should also be recognized that China’s high-handed attitude on other issues has been similarly motivated.

For Australia, China is the largest trade partner, accounting for 30% of Australia’s exports. India, too, has had close economic relations with China, so both New Delhi and Canberra have given due regard to Beijing to a certain degree. India’s past refusal to agree to Australia taking part in the trilateral “Malabar” exercise between Japan’s Maritime Self-Defense Force and the U.S. and Indian navies was one manifestation of this concern.

Establishing congruous Australia-India relations can give a new, potent fillip to mount pressure on China. By ramping up further the ties with Japan and the United States, it is hoped that the bolstered roles of Australia and India will serve as pillars in the Indo-Pacific region for putting curbs on China’s pursuit of hegemony.

Especially noteworthy in this connection is the fact that Australia and India placed an emphasis on bilateral maritime collaboration in the June 4 virtual summit. At the close of the talks, the two countries released a joint declaration on maritime cooperation, stressing the importance of freedom of navigation and expressing concerns about behavior not based on internationally accepted rules, obviously bearing China’s maritime advances in mind.

This is the declaration of intention of Australia and India in conformity with the Indo-Pacific vision. We earnestly hope to see this initiative percolate through a wide range of countries, including Southeast Asian states.