EDITORIAL | CDP, JCP Can Kiss Goodbye Their Dream of Becoming the Ruling Party 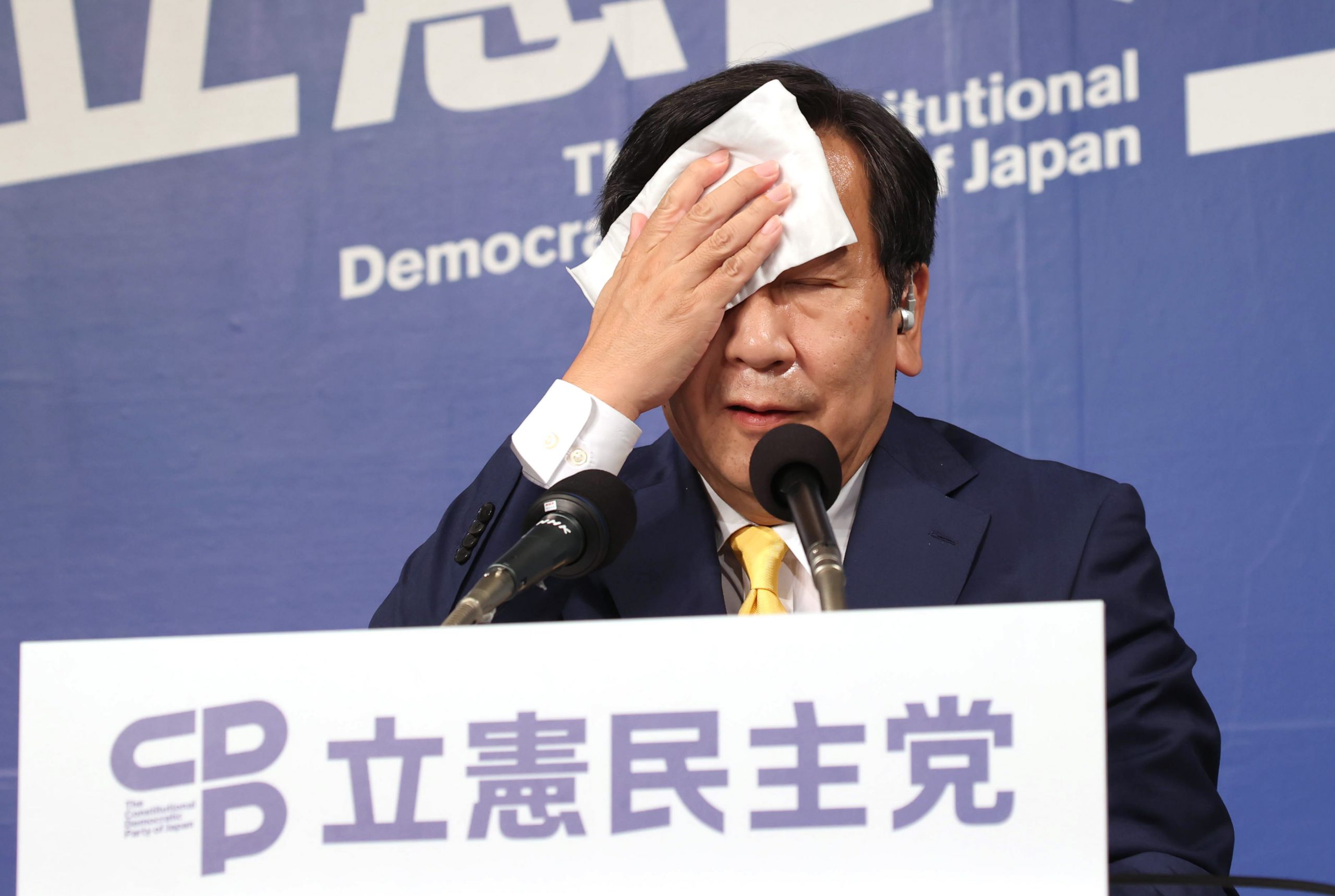 Yukio Edano, head of the Constitutional Democratic Party of Japan CDP) as election results come on on October 31.

The Constitutional Democratic Party (CDP) and the Japanese Communist Party (JCP), which teamed up with other parties against the ruling parties in the 49th lower house election on October 31, suffered a painful defeat.

The Liberal Democratic Party-Komeito ruling coalition secured 293 seats, whereas the CDP only earned 96 seats — fewer than the 110 it had before the election. The JCP secured 10 seats, representing a loss of two. With this kind of performance, a change of administration is merely a distant dream.

Meanwhile, the Japan Innovation Party (Nippon Ishin no Kai) — which did not team up with the opposition bloc of CDP, JCP, and others — increased the number of its seats from 11 to 41, overtaking the Komeito to become Japan’s third biggest party.

“It is deeply disappointing the CDP ended up with fewer seats. I apologize,” commented Yukio Edano, the CDP leader, on November 1.

“As executive members of the party, we must take responsibility. I have decided how I will personally respond,” stated CDP secretary general Tetsuro Fukuyama, implying that he would step down.

Yet, even if Fukuyama does resign, the CDP will probably end up in the same predicament unless it changes its basic strategy.


‘Left with No One to Vote For’

Regarding the opposition bloc including other parties such as the JCP, both Edano and Fukuyama stated it “achieved a degree of success.”

However, people such as Edano and Fukuyama need to realize that the opposition bloc had a considerable negative impact.

The biggest cause of their defeat was the CDP’s decision to join forces with the JCP with the goal of establishing a coalition government, on the agreement of limited cooperation in the event of victory.

Other parties in the same opposition side that distanced themselves from the JCP, such as the Democratic Party for the People and Nippon Ishin no Kai, increased their seat numbers. That just reinforces the essential reason behind the CDP’s failure.

Ultimately, the Japan Communist Party wants to dissolve the imperial system, the Japan Self-Defense Forces, and the Japan-United States Security Treaty. When it comes to basic policies for the country, the CDP and the JCP are incompatible.

Under the administration when it was in the hands of the Democratic Party of Japan, a CDP predecessor party, the government maintained the view that the JCP had policies of “violent revolution” and kept them under surveillance under the Subversive Activities Prevention Act.

Even if one looks away from these facts, and a party joins forces with the JCP, it is difficult to win over voters.

“Rengo union members were left with no one to vote for, which was unacceptable,” said Rengo (Japanese Trade Union Confederation) chief Tomoko Yoshino on the CDP-JCP bloc. Rengo is usually a major supporter of the CDP.

The CDP and the JCP are looking to continue their alliance for the upper house election in summer 2022. However, they are not winning over a meaningful percentage of the electorate. It will be difficult for them to become the ruling party.