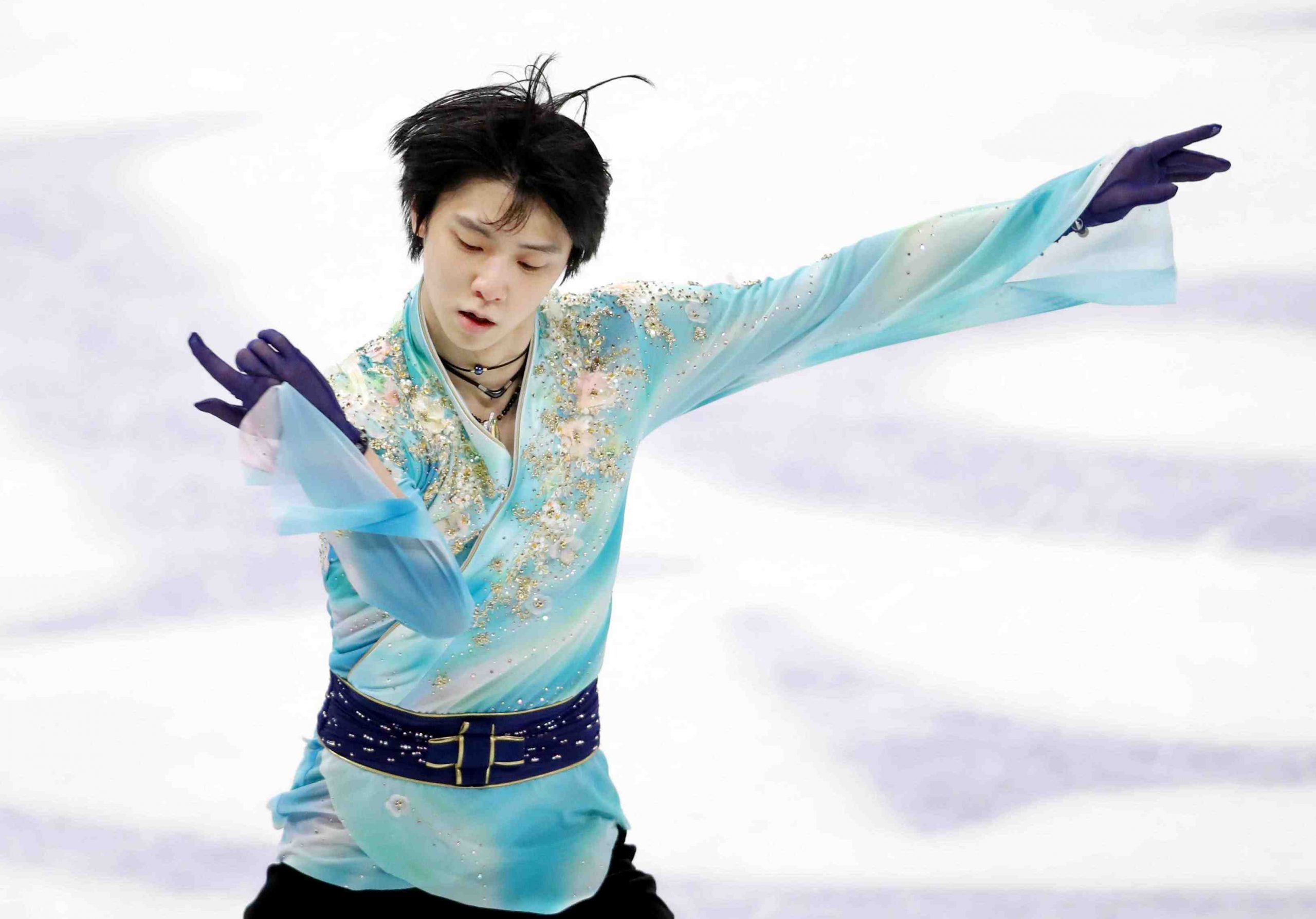 Yuzuru Hanyu has been training in Sendai in the run-up to the Beijing Olympics.

Just as his legion of fans was getting excited about seeing their hero in action again, word arrived late Thursday afternoon, November 4 that two-time Olympic champion Yuzuru Hanyu had injured ligaments in his right ankle again and was forced to withdraw from the November 12-14 NHK Trophy in Tokyo.

In a statement released by the Japan Skating Federation, Hanyu said: “I have been working hard for the NHK Trophy, but I suffered a fall and got injured. I’m very disappointed.”

The 26-year-old superstar went on to say that he is “trying to get back on the ice as soon as possible by controlling the pain and rehabilitating on the ice.”

Though details on exactly when and how Hanyu was injured are unclear, one has to wonder if it happened while he was practicing the quadruple axel, a difficult 4.5-revolution jump that has never been landed in competition in the history of skating.

Hanyu has made a point in the past few years of saying he wanted to be the first to execute the difficult maneuver.

In an interview in late October with NHK, Hanyu stated: “My biggest hope is to land a quad axel properly at the NHK Trophy. I hope to deliver a performance that would move the audience by pushing beyond my limits in techniques.”

The first time he injured the ankle was weeks before his 23rd birthday, Hanyu missed the Japan Championships, but recovered to claim his second straight Olympic gold medal in Pyeongchang in a dramatic comeback.

Hanyu, who is expected to attempt to win a third straight gold medal at the 2022 Beijing Olympics, will now be faced with déjà vu, as he tries to regain his health with less than 100 days remaining before the Winter Games begin.

In the wake of the pandemic, Hanyu, who finished third behind Nathan Chen and compatriot Yuma Kagiyama at the 2020 season’s world championships, has not returned to his training base in Toronto where he worked under coach Brian Orser. Hanyu, who will turn 27 on December 7, has remained in Japan and been training on his own in his hometown of Sendai.

The NHK Trophy was to be Hanyu’s first Grand Prix assignment of the season. Later this month he is also scheduled to compete at the Cup of Russia in Sochi, where he won his first Olympic gold in 2014.

By pulling out of the NHK Trophy, Hanyu will also miss December’s Grand Prix Final in Osaka, the last major international event before the Olympics. Hanyu would have skated against three-time world champion Chen, considered by many the favorite for gold in China, if he had qualified for the GP Final.

Chen finished third at Skate America in Las Vegas in October 2021, ending his 14-event winning streak that began immediately after Pyeongchang. The American star rebounded from the defeat to win the October 29-31 Skate Canada in Vancouver, British Columbia, by a margin of more than 50 points.

Grand Prix of Italy Up Next

The GP circuit moves to Turin, Italy, from November 5-7, for the third event of the series. The Italian city, which hosted the 2006 Olympics where Shizuka Arakawa won Japan’s first figure skating gold medal, stepped in after the Chinese city of Chongqing had to pull out due to difficulties related to the ongoing pandemic.

Yuma Kagiyama and Kazuki Tomono will represent Japan in the men’s event, which will include Russia’s Mikhail Kolyada and China’s Boyang Jin.

Four-time national champion Satoko Miyahara and Mai Mihara will skate for the Hinomaru in the women’s competition, where world champion Anna Shcherbakova of Russia and South Korea’s Eunsoo Lim are also entered.

Mihara came in fourth at Skate Canada at the end of October after being called on as a late replacement for the injured Rika Kihira.

Japan has no entries in the pairs or ice dance in Italy.