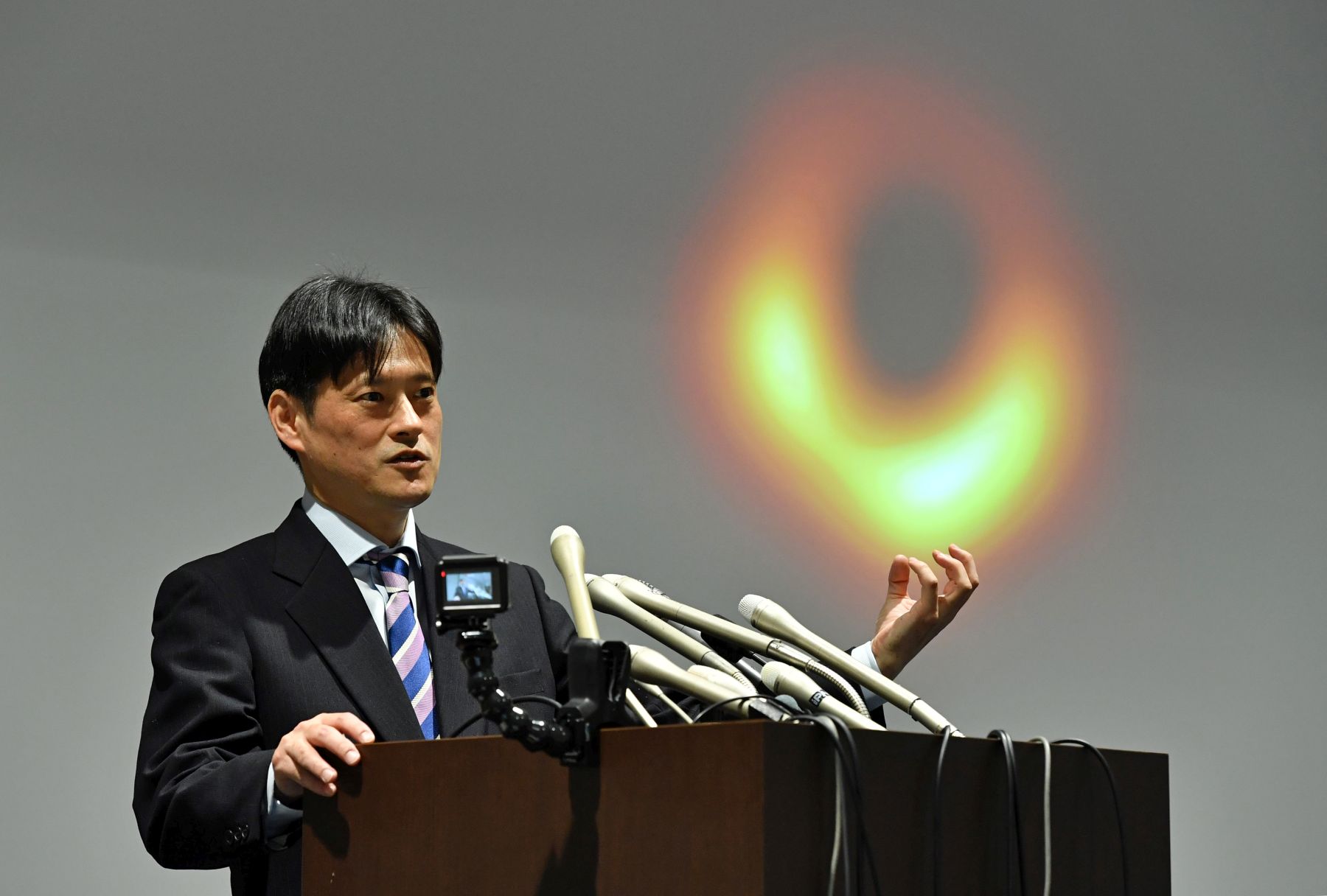 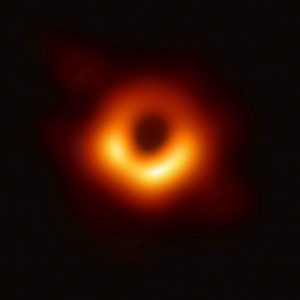 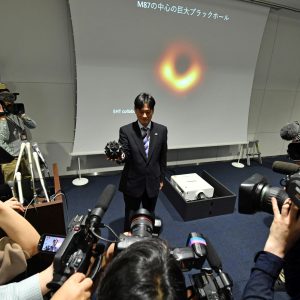 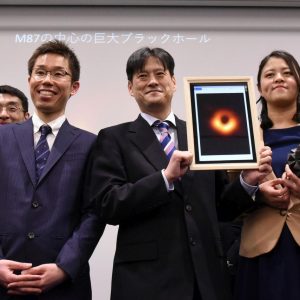 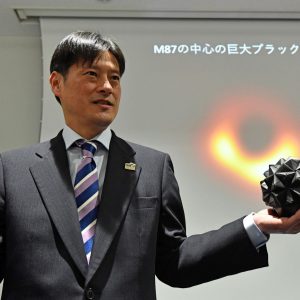 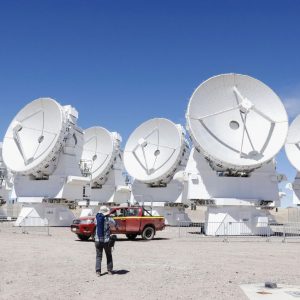 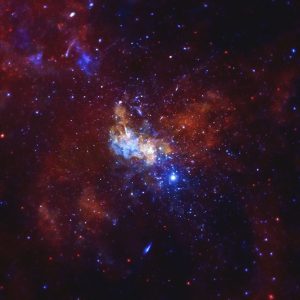 To be sure, that was just a “blackish hole.”

An international research team, including scientists from the National Astronomical Observatory of Japan (NAOJ), made a success of photographing, or visualizing, a black hole, one of the heaviest and most enigmatic celestial bodies in the universe. It was a first in the world. Their image was released to the public on April 10.

Many people might well be impressed with the precise correspondence between the well-known name of “black hole” and many of its previously drawn imaginary pictures, rather than the success of the act of photographing the celestial body itself.

The existence of black holes — cosmic sinkholes from which even light cannot escape — was predicted theoretically about 100 years ago. But observation of these bodies was heretofore limited to indirect methods. The successful creation of a black hole image through direct observations, and finding it “just as imagined,” is of great significance in corroborating evidence of its actual existence.

There are about 200 scientists on the international team, out of which the 22-member strong Japanese team was reported to have played important roles. We would like to pay our respects to this historic achievement through international collaboration and the Japanese team members’ contributions to the success.

Of the 22 Japanese team members, nine are enrolled in NAOJ as researchers and students (including those concurrently serving as members of other institutes) at its Mizusawa VLBI (Very Long Baseline Interferometry antenna) Observatory in the city of Oshu, Iwate Prefecture, including Professor Mareki Honma, Japan’s representative on the international team.

This has prompted us to take this opportunity to think back about the Mizusawa observatory’s role as Japan’s pioneer in international contributions in the fields of modern scientific research, especially astronomy.

In 1898, the 31st year of the Meiji era, the International Association of Geodesy (IAG) agreed to make observations of the same celestial object, in what was called the International Latitude Service (ILS) project, at locations of 39 degrees and 8 minutes north latitude in various places of the world. The aim was to gauge the exact fractional fluctuations in Earth’s rotation. The Mizusawa Latitude Observatory, today’s Mizusawa VLBI Observatory, was picked as one of the observation spots.

The following year, its interim facility for latitude observations was founded and geared for the ILS project. Its observation readings, however, differed a bit from those at five other observation stations in the United States, Europe, and elsewhere. The result was that the IAG headquarters in Bayern, Germany, informed the Mizusawa observatory to the effect that the degree of the trustworthiness of its observation findings would be “downsized by half.”

In response, Dr. Hisashi Kimura, the first director of the Mizusawa observatory, confirmed that there were no problems with its observation equipment and methods. He subsequently examined in detail data from the other participating countries, eventually making a discovery in 1902, the 35th year of Meiji, of a smidgen of Earth’s oscillation on a one-year cycle.

It was also found that the variation discovered by Dr. Kimura, referred to as “Z term,” when fed into a math formula, enabled the observation stations’ latitudes to be measured more precisely than before, proving that the observation readings at Mizusawa were the most accurate among those at the world’s six observation spots.

The international black hole study team, for its part, was successful in using radio telescopes to obtain the high-reliability image of the bottomless pit of the fabric of the cosmos. The image was taken using what is called the Event Horizon telescope, a network of radio telescopes at the six locations around the world working as if they were a single receiver spread across the planet.

Not only astronomy, but also other spheres of science have the potential for providing an essential link between diverse parts of the world.

Japan celebrated Science and Technology Week this year from April 15 to 21. We would love to see the tradition of the Mizusawa observatory fostered and handed down to future generations.