The content of the United Nations Human Rights Council (UNHRC) working group’s interim report has become extraordinarily tainted due to the unreasonable inclusion of submissions from both China and Korea.

There are demands for the Japanese government to issue an apology and extend compensation in relation to the comfort women issue. It is completely unacceptable and needs to be explicitly withdrawn. 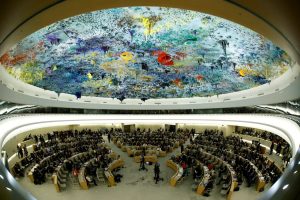 The adopted report includes around 200 recommendations regarding the current situation of human rights in Japan.

In particular, the continuing demands and criticism, along with falsification of history, such as calling the comfort women “sex slaves,” cannot be ignored.

China’s demands that “Japan should face up to its history, and offer a sincere apology and compensation regarding the comfort women issue,” was included.

It was rather surprising, however, to see North Korea had called for a sincere response and admission of legal responsibility from Japan with regard to “crimes against humanity, including ‘sexual slavery.’” Countries engaged in ongoing human rights abuses have no right to comment on such matters. 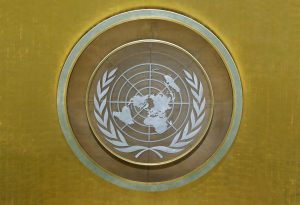 South Korea’s demand that “Japan should make an effort to communicate the historical truth to the next generation,” was also included in the report. That being said, South Korea should be communicating historical truth on said matter. South Korea is blatantly ignoring the Japan-Korea Agreement on the Comfort Women Issue, which was designed to serve as the final and irrevocable resolution on the aforementioned issue. Further, the accord includes a promise that signatories refrain from engaging in criticism in the international community.

During the review conducted by UNHRC, the South Korean representative argued that, with respect to the Japan-Korea Agreement, “former comfort women and community groups had voiced the opinion that it was unacceptable,” and this view is based on public opinion.

However, the majority of former comfort women are receiving organizational support on the basis of the agreement. It is South Korea who has discarded the agreement and is undermining its credibility both at domestically and internationally.

Meanwhile, the Japanese government is expected to announce soon those articles it will accept. Chief Cabinet Secretary Yoshihide Suga stated the content of the interim report would be scrutinized—given that it appears to have been written based on admissions from a handful of countries and regions.

While it is natural to deny unreasonable recommendations if appropriate and accurate counter-arguments are not swiftly made, it will be a repeat of the infamous Coomaraswamy Report, which caused the UN’s mistaken use of “sex slaves” to become widespread.

A comfort women statue recently was installed in the American city of San Francisco, California. Likewise, there are continued moves by the municipal government indicating acceptance of the donation and, likely, declaring it public property. The statue’s inscription reads, “This is proof of the suffering of the hundreds of thousands of girls and women who were made sex slaves.”

China’s submission on the “Nanjing Massacre” is in the United Nations Educational, Scientific and Cultural Organization’s Memory of the World Register and cannot be rescinded. Why then will the Japanese government not stand firm and simply present facts to counter such inaccuracies?