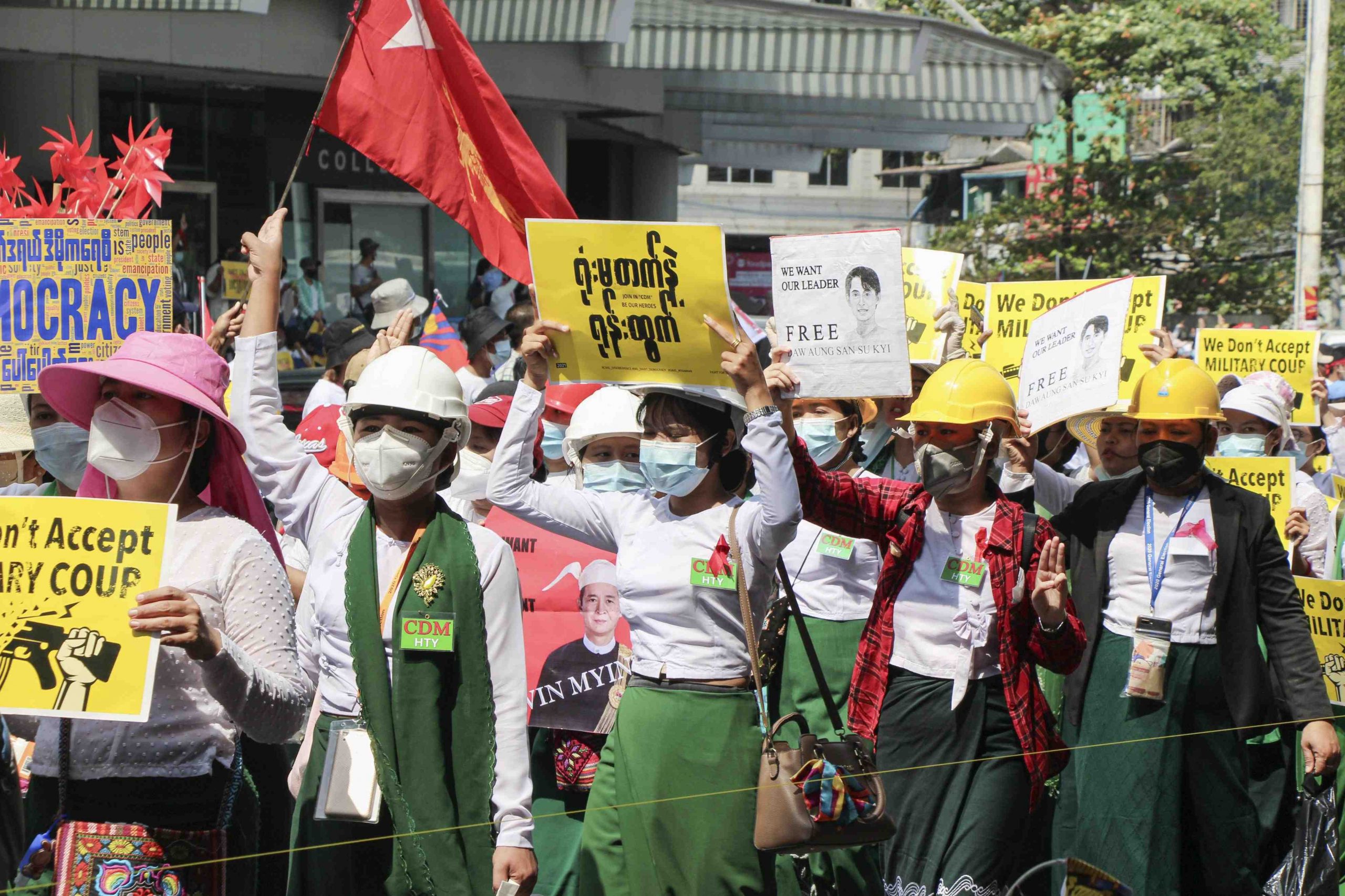 The Myanmar military that grabbed power in a February 1 coup d’etat celebrated on March 27 the country’s Armed Forces Day, staging a massive parade in the capital, Naypyidaw, in a show of might at home and abroad. On the same day, security forces killed 100 people who participated in demonstrations against the junta in various parts of Myanmar. The military government had earlier warned that protesters risked “being shot in the head and back.”

The military junta’s crackdown has gone beyond the bounds of containment of protests. What the military has been doing is nothing other than indiscriminate attacks against unarmed civilians, which is absolutely unacceptable.

On March 23, a seven-year-old girl was fatally shot by security forces. Local media said security forces burst into her home and fired at her as she was sitting on her father’s lap.

A Myanmar police officer who fled to neighboring India told The Sankei Shimbun he had been ordered to “fire” at a crowd of about 400 protesters, but could not bring himself to comply and fled the scene.

The United Nations Security Council, in a statement issued by its chairman on March 10, strongly condemned the “violence against peaceful protesters,” urging the military to “exercise utmost restraint.”

The statement by the U.N. Security Council chairman, based on the agreement of all 15 members, represents the consensus of the international community. We cannot overlook the Myanmar military’s blatant defiance.

People across Myanmar have shown their will to resist through such actions as a “silent strikes,” including closing shops and not reporting to work. The protests are not subsiding.

The people of Myanmar experienced freedom firsthand during the last decade, following the transition from a half century of military rule. There can be no room for doubt that the Myanmar people reject the revival of the military government.

We have grave concerns over the Myanmar junta’s failure to respond to the strong will of the people other than by the heavy-handed security crackdown. Further escalation of bloodshed is not permissible. The international community must convince the junta that rule by terror is not an option.

Economic and social activities in Myanmar have begun to stagnate with food shortages looming large. Intervention by the international community is indispensable to overcome these problems.

Japan supports the democratization and economic development of Myanmar, and has maintained communications while engaging in exchanges with the Myanmar military. In cooperation with like-minded members of the Association of Southeast Asian Nations, such as Indonesia, Japan should persuade the Myanmar junta to end the brutal clampdown.

With its chairman’s statement ignored, the U.N. Security Council must consider taking additional measures. Many Myanmar people have taken refuge in foreign countries to escape the crackdown. The current situation must be recognized not as a problem of Myanmar alone, but one that affects the peace and security of the entire region. China and Russia, for their part, are strongly urged to play responsible roles as permanent members of the Security Council, instead of simply coming to the defense of the Myanmar military.