Editorial: No, Mr Moon, This Is Not the Time or Place to Start Lashing Out at Japan 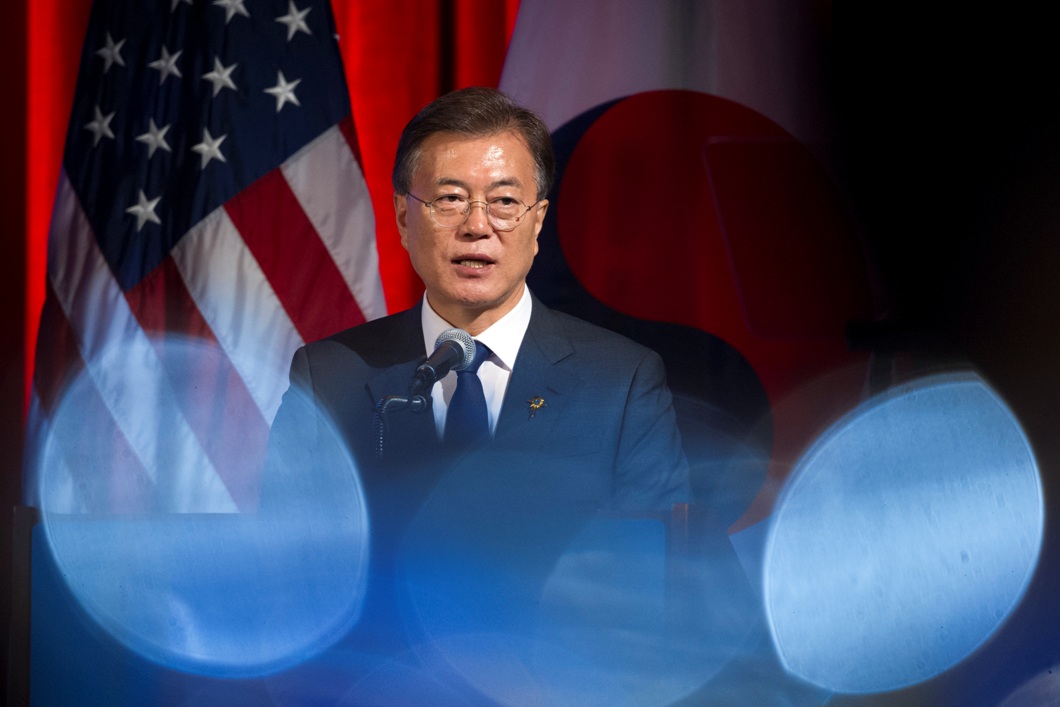 In an interview with American media, Korean President Moon Jae-in rehashed the comfort women issue and repeated his criticism of Japan. We find this absolutely unacceptable.

In his interview with Reuters, Moon stated that Japan is not “making its best effort” with regards to historical issues, including that of comfort women. We would like repeat those exact words right back to Korea.

Two years ago, Japan and Korea announced to the world that the comfort women issue had been “finally and irreversibly resolved.” On the basis of this mutual agreement, Japan has already paid 1 billion yen (US$90 million) to a comfort women relief fund set up by the Korean government, as specified in the agreement terms.

In return, the Korean side has not even done the minimum required. While agreeing that it would remove the comfort woman statue in front of the Japanese embassy in Seoul, it has not done so.

Are we to regard as honest a nation that breaks pledges with other nations?

President Moon made a point of visiting the comfort woman statue in front of the Japanese consulate general on June 1, in an anti-Japanese performance. He should pay attention to who is purposefully wounding foreign relations.

Moon said to the Washington Post that “the core to resolving the issue is for Japan to take legal responsibility for its actions and to make an official apology.”

His understanding is incorrect. Postwar reparations issues, including the comfort women issue, were specifically considered resolved in the 1965 Treaty on Basic Relations between Japan and the Republic of Korea. Responsibility for rehashing and aggravating these issues belongs to Korea.

Chief Cabinet Secretary Yoshihide Suga expressed sincere regrets and apologies on behalf of the government, and indicated his understanding that no further apology would be needed. Obviously, the matter of removal of the comfort women statues and so forth becomes ever more pressing.

Scapegoating the Japanese to distract from internal problems is a well-known Korean trope, but Korea has now taken this rhetoric to a dead end and damaged its relations with Japan.

The Japan-Korea agreement was kept within a heightening of anxieties for the East Asian security situation, in which North Korea continues to launch missiles and nuclear tests. It was decided that Japanese-Korean-American cooperation would need to be strengthened, and Japanese-Korean relations accordingly repaired.

The Moon government has postponed the installation of the American military’s THAAD missile system, causing the Americans to be dissatisfied. The South Koreans are clearly mistaking who their enemy is.

Kim Jong-un doesn’t hide his ambitions to make North Korea a nuclear missile state. So, no, Mr. Moon, this is neither the time nor the place for you to start lashing out at Japan. You need our cooperation, along with that of the US, to tame your real enemy just beyond your borders.