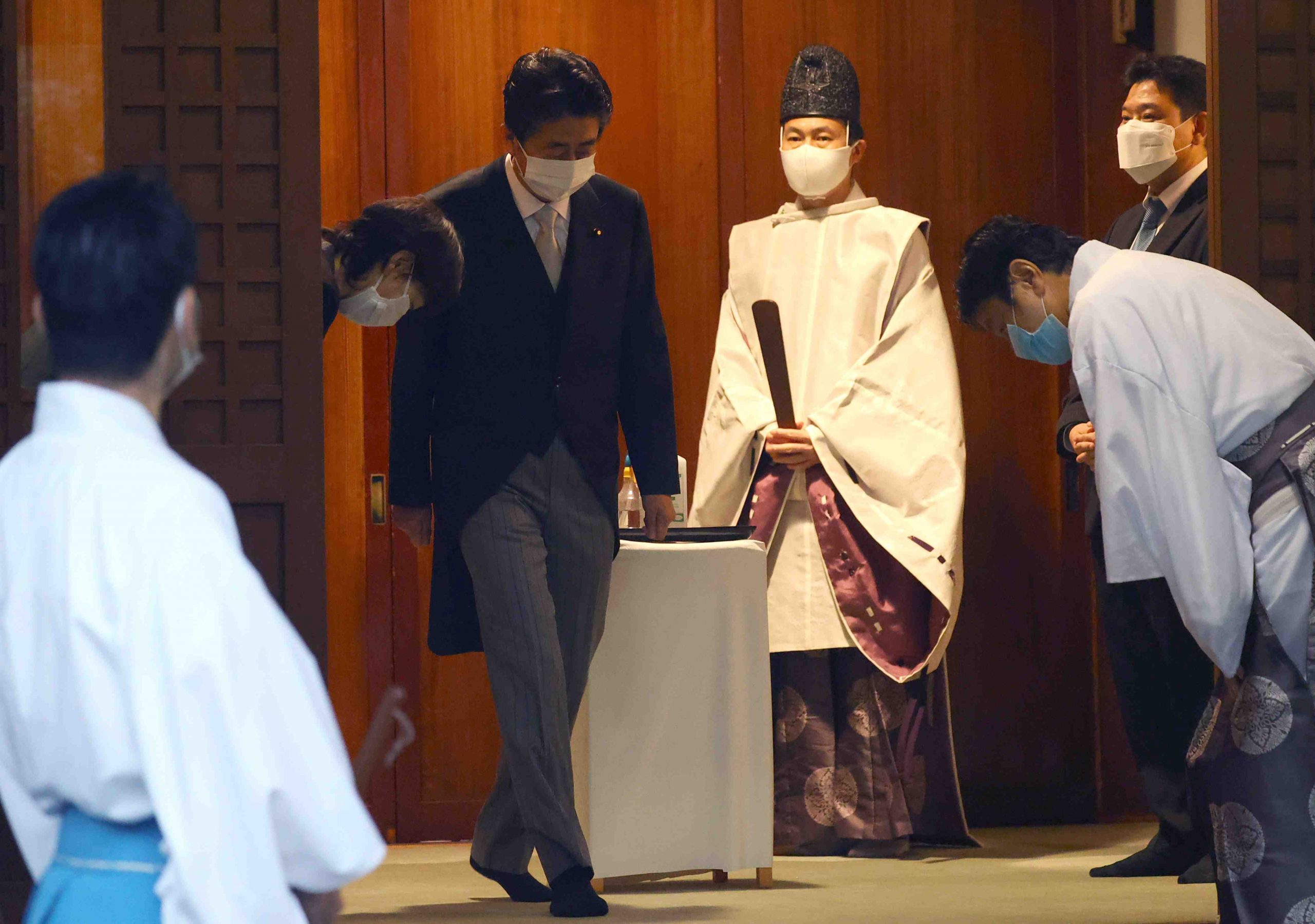 August 15 marked the 76th anniversary of the end of World War II.

On that day, Education Minister Koichi Hagiuda, Minister for the World Expo 2025 Shinji Inoue and Environment Minister Shinjiro Koizumi visited Yasukuni Shrine in the Kudanshita district of Tokyo to pay their respects to Japan’s war dead.

Prime Minister Yoshihide Suga neglected to visit Yasukuni Shrine, but he sent a ritual offering in his capacity as president of the ruling Liberal-Democratic Party (LDP).

Some foreign countries have long sought to portray Yasukuni Shrine as a symbol of Japanese “militarism.” In a teleconference held on August 16, the foreign ministers of China and Russia criticized Suga’s offering, along with the recent visits by members of his Cabinet to the shrine.

Chinese Foreign Minister Wang Yi reacted sharply to the visits to Yasukuni, arguing that several “Class A war criminals” are enshrined there, and characterizing the visits as a “challenge to international justice.” South Korea’s Foreign Ministry denounced the visits as “beyond deplorable,” expressing “regret and grave concern” that they had taken place.

Such reactions constitute blatant interference in Japan’s domestic affairs and are totally unacceptable.

The enshrining of some “Class A war criminals” is one justification for opposing visits to Yasukuni cited by both domestic and foreign critics. This opposition is miscalculated, however. On four separate occasions after Japan regained sovereignty in April 1952, so-called “war criminals” were released and their honor restored by resolution of the National Diet. Furthermore, the families of individuals who were executed or who died while imprisoned were granted pensions. Opposition to their enshrinement is unreasonable.

Take for example the case of wartime foreign minister Mamoru Shigemitsu. He was serving a seven-year sentence as a “war criminal” when paroled in 1950. Shigemitsu had been convicted for “waging aggressive war”— despite his well-known opposition to the war — after the Soviet Union demanded he be convicted by the Tokyo War Crimes Tribunal. After his release, Shigemitsu went on to serve again as foreign minister.

Are these critics ignorant of the fact that it was in his capacity as foreign minister that Shigemitsu addressed the UN General Assembly in December 1956 when Japan joined the world body, in a speech that was heartily applauded by the representatives of other nations?

The Japanese government must protest such interference in our domestic affairs by China, Russia and South Korea, when it comes to visits to Yasukuni Shrine.

In any nation, memorializing and honoring the war dead in accordance with cultural traditions is an important form of etiquette.

It is regrettable that Prime Minister Suga has not visited Yasukuni even once since assuming office in September of last year. His predecessor Shinzo Abe did so once while in office, back in December 2013. Meanwhile, former prime minister Junichiro Koizumi made sure to do so at least once every year, for a total of six visits.

We hope that Prime Minister Suga will take advantage of the Autumn Grand Festival at the shrine or a similar opportunity to make a visit.

The Yasukuni Shrine remains the central institution for honoring the war dead in Japan. It is natural that this is where the spirits of the dead soldiers and sailors who made the ultimate sacrifice for the nation should be venerated.

After completing his visit, Defense Minister Kishi told reporters, “My purpose was to honor those who gave their lives fighting for Japan.” He also explicitly declared, “We reaffirm our resolve to renounce war and safeguard the lives and peaceful livelihoods of the nation’s people.”

They were appropriate sentiments to be expressed by a person responsible for national defense.

We hope that Prime Minister Suga will take these words to heart.