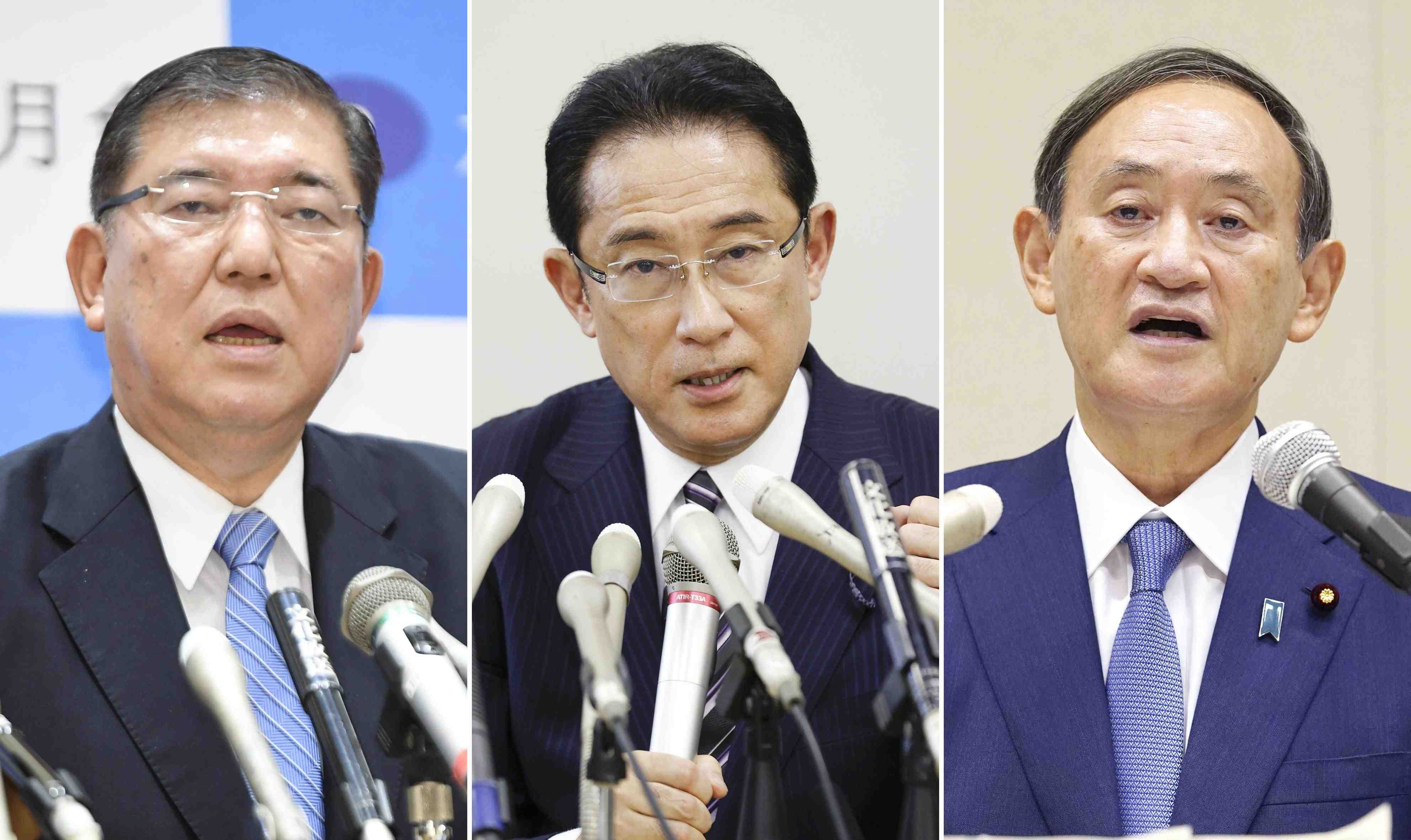 With the Liberal Democratic Party (LDP) set to elect its new leader, more than anything else we want to see a lively discussion of policy. That means the three candidates should directly debate policy on as many occasions as possible, be that in the flesh or via the internet.

The campaign to succeed Shinzo Abe as LDP president will officially get underway on September 8, with the election itself taking place on September 14. Since the LDP is the main ruling party, the winner will undoubtedly replace Abe as prime minister.

The LDP General Council has announced that the election will be conducted under Article 6 of the party rules governing emergency situations. Consequently, voting by regular party members and friends of the LDP will be dispensed with. Instead, the candidates will vie for the approval of the 394 LDP lawmakers from both houses of the Diet, joined by 141 delegates from local party chapters (three from each prefecture).

It is regrettable that the one million members and friends of the LDP will not be able to vote. Although the majority of Japanese are not affiliated with the LDP, voting by all party members would increase public interest in the LDP presidential election and politics in general. That would impact the clout of the new prime minister and party strength, as well as the stability of the political situation.

For those reasons, some younger LDP Diet members and local party chapters have been calling for all party members to have a say in the vote. For one thing, they apparently believe that could spark enthusiasm among party members before a House of Representatives election expected sometime before the fall of 2021.

Nevertheless, the method that the LDP General Council decided upon, whereby the choice of the next president is essentially made by LDP Diet members, is not an irregular process since it is provided for in the party rules. In fact, when Mr. Abe resigned in 2007 at the time of his first stint as prime minister, the same rule was invoked. The LDP again used this same approach to choose its president in 2008 when Yasuo Fukuda resigned as prime minister.

Clear Blueprint for the Future

Since there will only be a short window for campaigning from the date the contest officially begins until the vote is taken, what should be the most important consideration?

It is that the candidates should step forward and do battle over policy differences before the court of public opinion.

All three men are veteran politicians. We would like to believe that each of them has a good number of policies he would like to pursue for the sake of Japan.

But we live in troubled times, with both the domestic and foreign fronts bristling with thorny problems. Among these are the novel coronavirus pandemic and the economic difficulties which have followed in its wake. Then too there are the threats posed by China and North Korea.

We deserve to know where these candidates stand on outstanding issues. Just offering measures to get us through the dangers we face at present is not enough. Each of these would-be leaders needs to present a clear blueprint for the nation for the next century, including concerning such things as constitutional revision and countermeasures to deal with Japan’s declining population.

During the Tokyo gubernatorial election held during June-July at the height of the COVID-19 contagion, the candidates used the internet for campaigning. But they did not really engage in lusty debate.

As things now stand, street corner oratory before crowds, such as we were used to seeing before the appearance of COVID-19, has become impossible. Be that as it may, let’s avoid the mistakes made during the Tokyo election.

Instead, during the LDP presidential contest the candidates should engage instead in a spirited battle of ideas that will capture the attention of the entire nation.