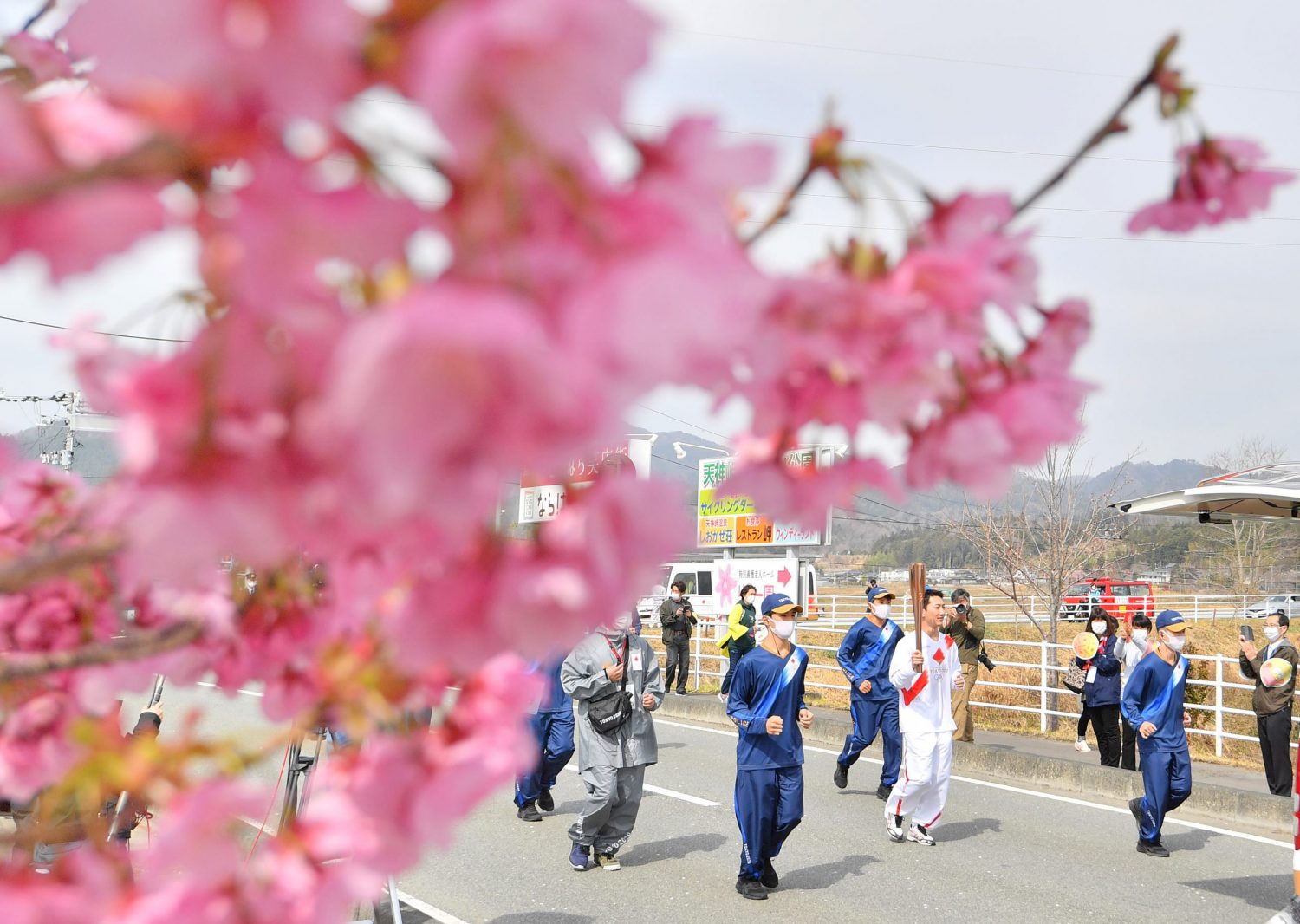 The 2020 Olympics torch relay began in Fukushima, Japan, on March 25, amid COVID-19 precautions and the beauty of cherry blossoms. It is part of the region that was heavily damaged in the March 11, 2011 Great East Japan Earthquake and tsunami.

After a delay of one year due to the COVID-19 epidemic, the Tokyo Olympic torch finally began its journey around Japan on March 25, following a kick-off ceremony at J-Village Soccer Stadium in Fukushima Prefecture.

Holding the nationwide torch relay is a highly significant event, since it demonstrates to the world Japan’s unwavering determination to host the Olympic Games, even in the midst of the coronavirus epidemic.

The opening ceremony for the Olympics is scheduled to be held on the evening of July 23, when the Olympic flame will arrive at the platform to light the cauldron that will hold the symbol of the Olympics through the Games. When the cauldron is lit, we hope the world will see this flame as a beacon of hope in these troubled times.

In order for this hope to come true, the 859 municipalities throughout Japan through which the torch will pass must give top priority to ensuring the safety of participants, officials and spectators.

Carrying out the torch relay safely will assure the world that the Tokyo Games can indeed be held “safely and with peace of mind” during the COVID-19 epidemic. It should also help transform public opinion within Japan from wariness about staging the Olympics and Paralympics to a welcoming mood.

There were no spectators in attendance at the relay’s Grand Start ceremony at J-Village. The Olympic Organizing Committee is also recommending that fans watch live streaming of the torch’s progress on the Olympic Channel on the Internet.

However, since the Olympic flame relay is one of the few events that allow everyone in Japan to feel part of the Games, to the greatest extent possible we should cheer it on in person when it passes through our local areas.

Excessive fears about such in-person support are unjustified since the entire route of the relay is outdoors.

Of course, both those carrying the flame and those watching its progress must strictly adhere to the guidelines for avoiding close contacts or congregating in enclosed spaces, always wear masks and clap rather than cheer to show our support. If we do so, then the 121-day journey of the torch should be completed safely.

During the previous Tokyo Olympics held in 1964, the torch relay began in Athens, Greece. Then the torch visited 11 cities in the Middle East and Asia before reaching Okinawa, which was then still under United States administration. The route that the flame followed on that occasion took it through regions wracked by political instability and outright conflict, including some areas that were veritable powder kegs.

Even so, the Olympic torch was greeted with enthusiasm everywhere it went. Seeing how the host city of Tokyo had been able to rise from the ashes of war, when they saw the flame people throughout Asia said hopefully to themselves, “perhaps someday it will come to our country as well.”

With the relay again this time being staged under the difficult environment of the COVID-19 epidemic, it can send a new message of hope to the entire world.

The holding of the Tokyo Olympics this year can serve as the first step in a story of renewal for a world that has recently suffered numerous natural disasters in addition to the novel coronavirus epidemic.

Japan’s confidence in successfully staging this global event despite the daunting circumstances offers light at the end of the tunnel to people who are suffering from the infection. That is perhaps the greatest significance of holding the Olympic flame relay in Japan.

Ensuring that the flame does not die no matter how strong the headwinds will be a gift we can pass down to future generations.