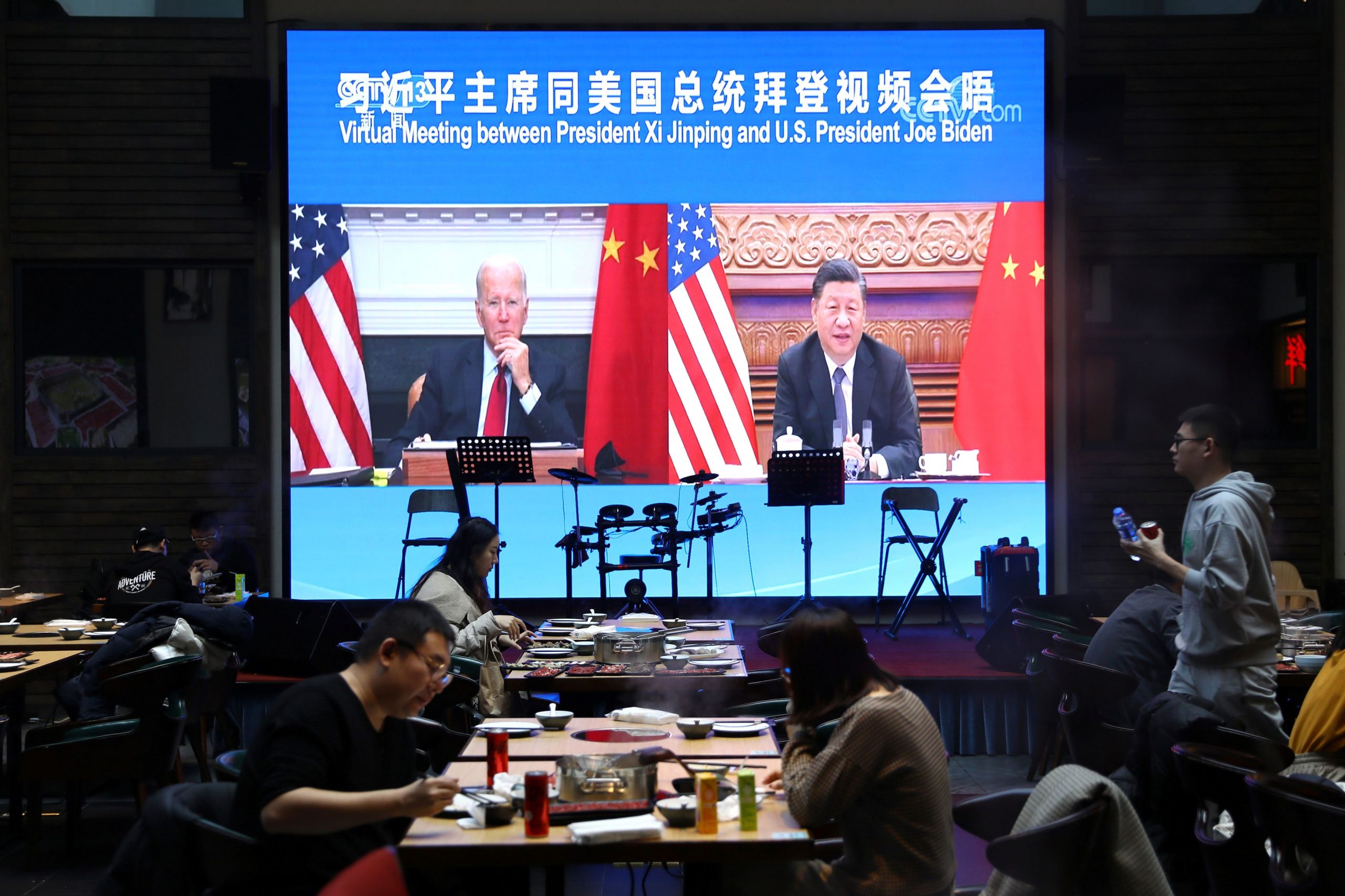 Taiwan and human rights were among the issues on which United States President Joe Biden and Chinese President Xi Jinping disagreed during their recent first virtual summit meeting.

Xi warned, “If ‘Taiwan independence’ separatist forces provoke us or cross our red lines, we will have to take decisive measures.”

While reaffirming Washington’s “one China policy,” Biden strongly criticized behavior that would unilaterally change the situation or harm peace and stability in the region.

The rivalry between the United States and China is part of a larger clash between democracy and despotism.

In this contest, it is extremely important that members of the Western camp — beginning with the United States and including Western Europe, Japan, and other democracies — help defend democracy in Taiwan from Chinese pressure. We cannot knuckle under to threats from Beijing.

At the start of the video conference, Biden said, “We two leaders have the responsibility to avert confrontation between the United States and China.” Xi in turn compared China and the U.S. to two giant ships that needed to be steered properly to avoid a collision.

A senior U.S. government official said the give-and-take between the two leaders was seen as an attempt to find ways to responsibly manage the US-China rivalry.

The two countries are currently searching for areas where they might cooperate, such as issues related to climate change and COVID-19 policies. They have, for example, issued a joint statement calling for climate change measures to be strengthened during this decade.

We must rigorously distinguish areas where we can cooperate with China from areas where that is impossible. We cannot compromise our principles for the sake of cooperation. Conversely, confrontation in areas where it is not necessary gains us nothing.

Furthermore, it is the responsibility of major nations to absolutely avoid unintentional clashes. Both the United States and China are nuclear powers. Both countries therefore realize that they must manage their rivalry within acceptable parameters. We would like to see them continue to consult on that point.

The Chinese Communist Party recently adopted a “historical resolution” designed to enhance Xi’s authority. The way of thinking in Beijing is totally different from in the United States. We need to proceed cautiously regarding whether China should be considered as a counterpart that will truly adhere to managed competition.

President Biden has expressed his concern to China about a wide range of human rights issues, including China’s behavior towards the Uyghurs in Xinjiang, Tibet, and Hong Kong. China has replied with the stock phrase that it “opposes interference in its domestic affairs.” However, even if we know the reaction will be beforehand, we still must repeat necessary criticisms.

The Biden administration’s basic approach for restraining China relies on deterrence through collaboration with allies and other friendly countries.

Prime Minister Fumio Kishida should visit the United States as soon as possible and, with President Biden, work out a joint strategy for dealing with China. Then together they should take the lead in establishing a perimeter to stop Chinese expansion.