EDITORIAL | WHO Wuhan Mission a Charade, Not a Scientific Investigation 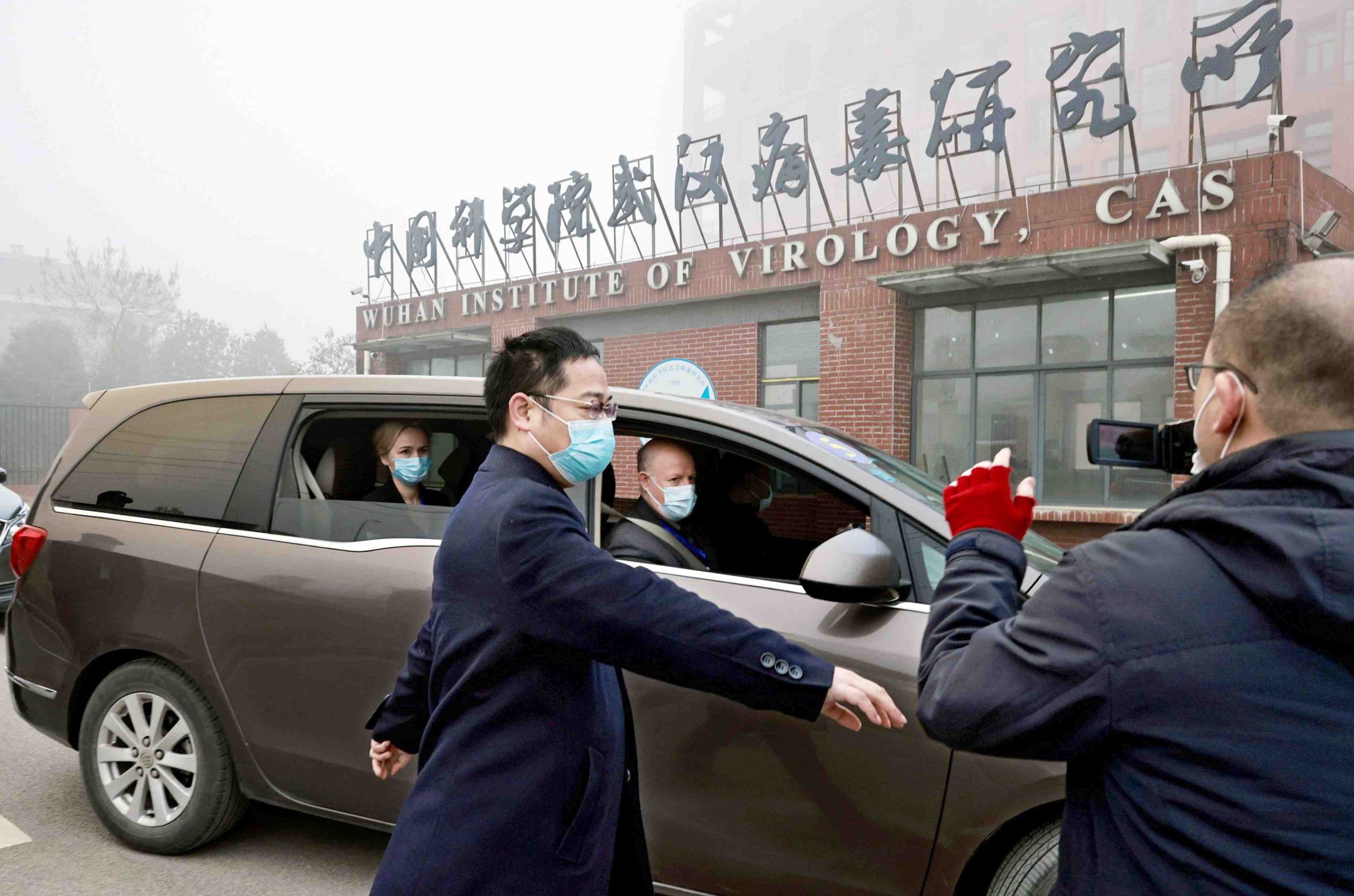 Peter Daszak and Thea Fischer, members of the World Health Organization (WHO) team tasked with investigating the origins of the coronavirus disease (COVID-19), sit in a car arriving at Wuhan Institute of Virology in Wuhan, Hubei province, China February 3, 2021. REUTERS/Thomas Peter

China could not be happier with the results announced at the WHO-China Joint Study Press Conference held in Wuhan on February 9. And it is certain to exploit them for propaganda purposes to the fullest extent possible. Not only did the team of WHO (World Health Organization) experts not actually pursue the origins of the novel coronavirus (COVID-19) which has caused a worldwide pandemic, it simply parroted the Beijing line.

The WHO findings are highly tainted and new, unbiased investigation is called for.

The findings announced at the press conference after a month-long on-the-spot investigation into how the Covid-19 virus first spread were shallow and inconclusive. Essentially, the team concluded that the virus first appeared in humans after jumping from animals.

It dismissed out of hand the suggestion by the Trump Administration that it could have been caused by a leak from the Wuhan Institute of Virology as “extremely unlikely” and said there would be no further investigation along those lines.

The WHO experts also could not confirm the circumstances surrounding the appearance of COVID-19 at the Huanan Seafood Market as is widely believed, and even suggested that it might have been introduced from elsewhere on packages of frozen food.

A Chinese official participating in the joint press conference went so far as to assert the market “was probably not the initial point of contagion.”

The findings largely mirrored official Chinese statements about COVID-19. However, the WHO investigation is suspect on several counts.

For one thing, it was not allowed to take place for more than one full year after the virus first appeared. That is because the Chinese government adamantly refused to let foreign experts visit to investigate. A year certainly provided plenty of time for Beijing to destroy any inconvenient evidence and cover its tracks.

Furthermore, when the WHO team finally reached Wuhan, it was only allowed a bit more than one hour to inspect the Huanan market. On the other hand, it spent at least as much time touring a giant propaganda exhibition lauding the Chinese Communist Party’s “victory” over the coronavirus.

At all times the WHO members were accompanied by “handlers” everywhere they went and were not allowed to talk to average Chinese or the press. It is also telling that the Chinese side set the agenda.

Chinese officials were also on hand to watch when team members reviewed officially provided data or talked with Chinese experts. Under such restrictions, how could they be expected to pursue the truth?

To top things off, officials from China’s National Health Commission (NHC) were in attendance at the press conference, and it was chaired by one of their press officers.

Considering that the press conference began long after the scheduled start time, we cannot rule out the possibility that the WHO team and the Chinese side needed to “adjust” the content of the findings right up to the last moment.

From when COVID-19 first began to spread, WHO has squandered the trust of international society. On a visit to Beijing in January of last year, after meeting with Chinese president Xi Jinping, WHO director-general Dr Tedros Adhanom Ghebreyesus was full of praise for the Chinese response, saying, “We appreciate the seriousness with which China is taking this outbreak, especially the commitment from top leadership, and the transparency they have demonstrated.”

Such statements led former U.S. president Donald Trump to declare that WHO had become a “Chinese puppet.”

If WHO wants to restore its integrity and the trust of the global community, it should have its team hold another press conference once it has left China, and have let its members frankly address the widespread suspicions about an initial coverup concerning the Wuhan virus by the Chinese authorities.