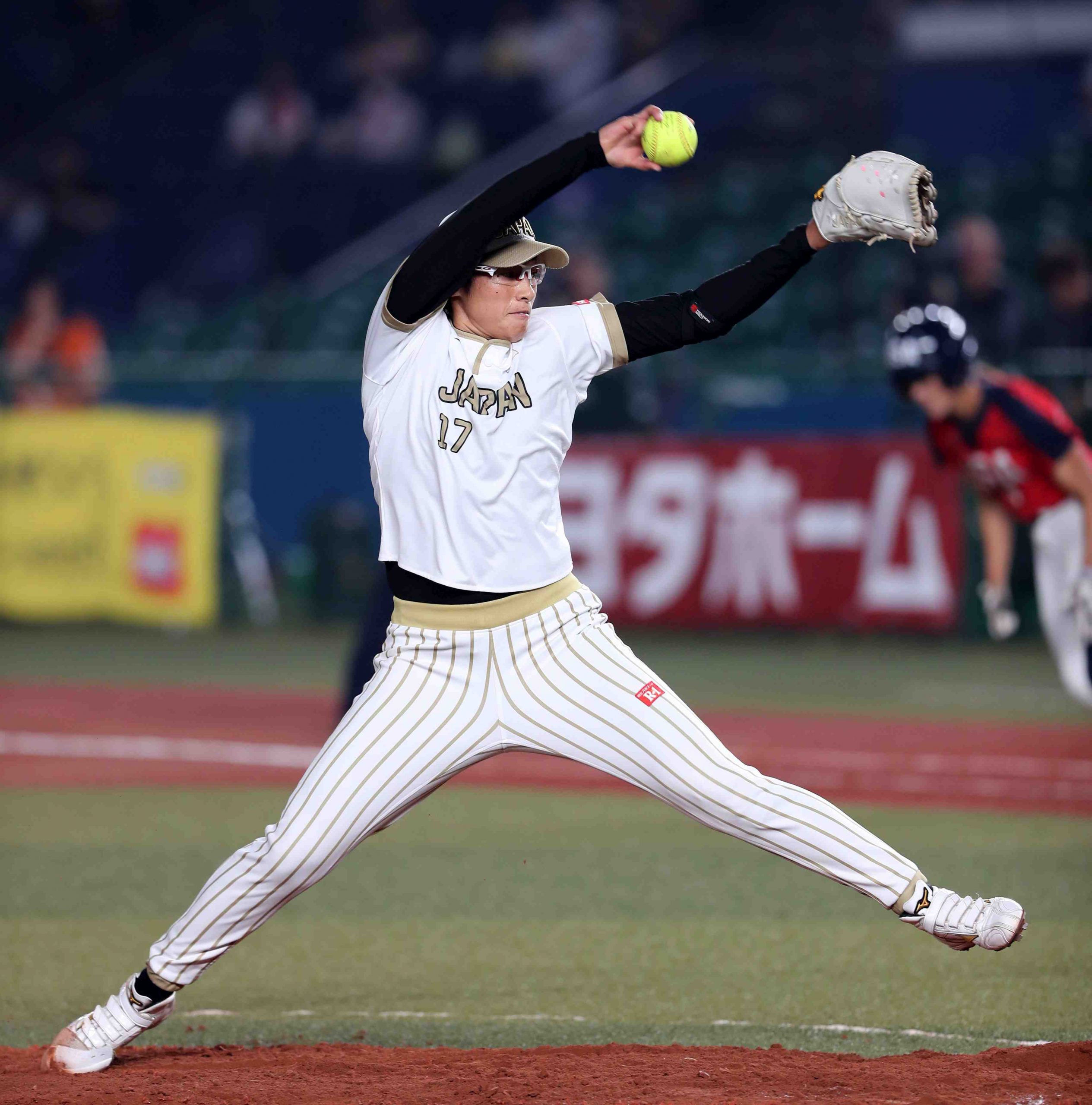 Even at the age of 38, Japanese softball standout Yukiko Ueno still has a burning desire to compete, especially when it comes to aiming for a gold medal at this summer’s Tokyo Olympics.

Ueno, who currently pitches in the Japan Women’s Softball League, was on the mound 13 years ago when she led Japan to one of its greatest Olympic moments of the Beijing Olympics: a 3-1 win over the powerhouse United States in the gold-medal game.

It was the first time since softball was introduced to the Olympic program at the 1996 Atlanta Games that the U.S. was denied the gold. Japan finished fourth in Atlanta, second four years later in Sydney and third in Athens in 2004.

The breakthrough in 2008 was a huge emotional boost for Japan. Any time Japan beats the U.S. in softball or baseball it’s a big deal.

Now Ueno faces what likely will be her last shot at Olympic gold if the Games can be staged this summer amid coronavirus concerns. Softball has been dropped from the program for Paris 2024.

“People will have very high expectations for Japan so there will be tremendous pressure on us,” Ueno said in an interview with the World Baseball and Softball Confederation. “My determination hasn’t changed a bit. I’m ready.”

Ueno knows a thing or two about performing under pressure. During the semifinal against Australia in 2008 and the final against the U.S. she threw 400 pitches in 28 innings over two days. The win against USA in the gold-medal game stopped a 22-game winning streak for the American team in the Olympics.

“The desire to win a gold medal made me work real hard,” Ueno said. “I would say I saw it as my mission.”

Ueno has called beating the U.S. and winning gold in Beijing the pinnacle of her career.

Softball has had a rocky road in its inclusion in the Olympic program. After its debut in Atlanta, it was removed from the program after Japan won the gold in Beijing.

Ueno said she was inspired by what she saw in Atlanta.

“I liked the sport so much from the beginning and when it was included in the 1996 Olympics I started to dream about myself playing softball in the Olympics, one day,” Ueno said.

After softball was dropped for the 2012 and 2016 Games, Ueno worked hard to get the sport back on the program.

In order to make hosting more attractive, the IOC introduced the Olympic Agenda 2020 in 2014. Among other things, the program allows candidate cities to present a project that fits their sporting, economic, social and environmental long-term planning needs.

When baseball and softball joined forces to form the World Baseball and Softball Confederation, the goal was to get the sports back on the Olympic program on a permanent basis.

Ueno has shown as recently as 2018 that she still has the ability to carry her team.

In the stifling August heat of Chiba Prefecture, Ueno pitched two back-to-back games on the same day in a performance reminiscent of the Beijing finals. She started off with a seven-inning 3-0 shutout win over Canada followed by a 10-inning, 7-6 loss to the United States in the final.

It was a spectacular performance and perhaps a preview of things to come this summer.

Softball at the Olympics will feature six teams with Japan automatically qualifying. The United States has also qualified and will be joined by the winners of the Europe-Africa and Asia-Oceania qualifying events. The top two finishers from the Americas will also qualify.