‘The castle would then become a building of the people. We want to leave a building that future generations can be proud of, and want to keep,’ says manga artist Seisaku Kurokawa.

A replica of the Edo Castle tower that was unveiled by the Imperial Household Agency in September in the Imperial Palace has made for very interesting conversation.

It has evoked a sense of romance among history lovers, inspiring them to visualize Japan’s largest ever wooden castle tower, which burned down during the Great Fire of Meireki about 360 years ago.

Notably, though, the model coincides with the manga series Edo Castle Rebuilding (published by Shogakukan), written by 39-year-old Seisaku Kurokawa and which ran until July. The story centers around the reconstruction of the tower.

“Rebuilding the Edo Castle tower would lead to future generations having a cultural asset they can be proud of,” Kurokawa said, referring to the attractiveness of reconstruction. 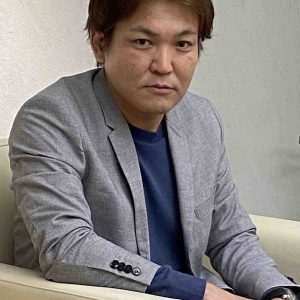 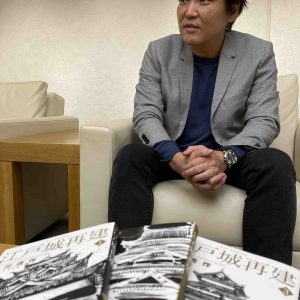 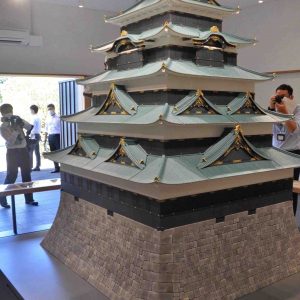 “If they’d also included the nearby palace and inner palace in the model, the magnitude of Edo Castle would have really stood out, I think,” he said, in reference to the Imperial Household Agency’s miniature replica.

His editor had apparently been keen on the idea for a while, and eventually discussed the idea with Kurokawa, who is interested in castles.

“I grew up near Tateyama Castle in Chiba Prefecture, so I’ve associated towers with castles ever since I was a child. I’ve often wondered why the capital Tokyo has no castles from the warring states period, given that there are so many of these castles across the rest of Japan. The sight of the base at the Imperial Palace in Tokyo has always seemed strange to me,” the manga artist revealed.

When Kurokawa started working on his manga project, he had never really drawn castles seriously before. He enlisted the help of Professor Masayuki Miura of Hiroshima University, who is an expert in traditional architecture.

“I remember having to redraw a color picture of Edo Castle tower after Professor Miura told me there were not enough columns,” recalled Kurokawa.

The manga is set in the year 202X. The main character is a star employee who works for a major developer. One day, during an internal meeting, he states that he wants the firm to reconstruct the wooden castle tower to a height of about 60 meters at the Imperial Palace.

The cost of the reconstruction project is ¥50 billion JPY. It would involve the Imperial Household Agency and the Cultural Affairs Agency. There would be legal restrictions and public sentiment to consider. But this does not stop the protagonist. He takes on the challenge with great enthusiasm, using the significance of reconstruction as his driving force.

Essentially, there are four reasons why the reconstruction of the tower would be significant:

The one that Kurokawa sees as most critical is the continuation of construction technology: “Making castles out of wood is uniquely Japanese. However, the number of carpenters with this expertise is decreasing. Given that it would take 10 years to rebuild the Edo Castle tower, followed by additional repairs, a project like this would be an ideal opportunity for a young craftsperson to carry on the wood-construction baton.” 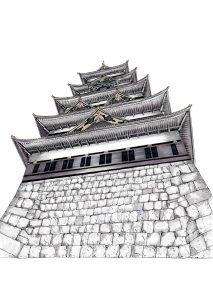 The biggest challenge the main character faces is public opinion. In the real world, some people are pro-reconstruction of the tower, and others are against. “Therefore, to make things more realistic, I included several opposition voices in my manga,” explained Kurokawa.

For example, the main character is told that it is “irreverent” to use a special area of land where the imperial family has lived and performed ceremonies.

So how about Kurokawa himself? What meaning would he derive from the reconstruction of Edo Castle?

“With the long-term economic prospects of Japan looking bleak due to COVID-19, reconstructing the castle with some help from public donations would bring hope. The castle would then become a building of the people. We want to leave a building that future generations can be proud of, and want to keep,” said Kurokawa.