[Corona ni Makeruna] Why Has the Fugaku Supercomputer Been Successful Despite COVID-19? 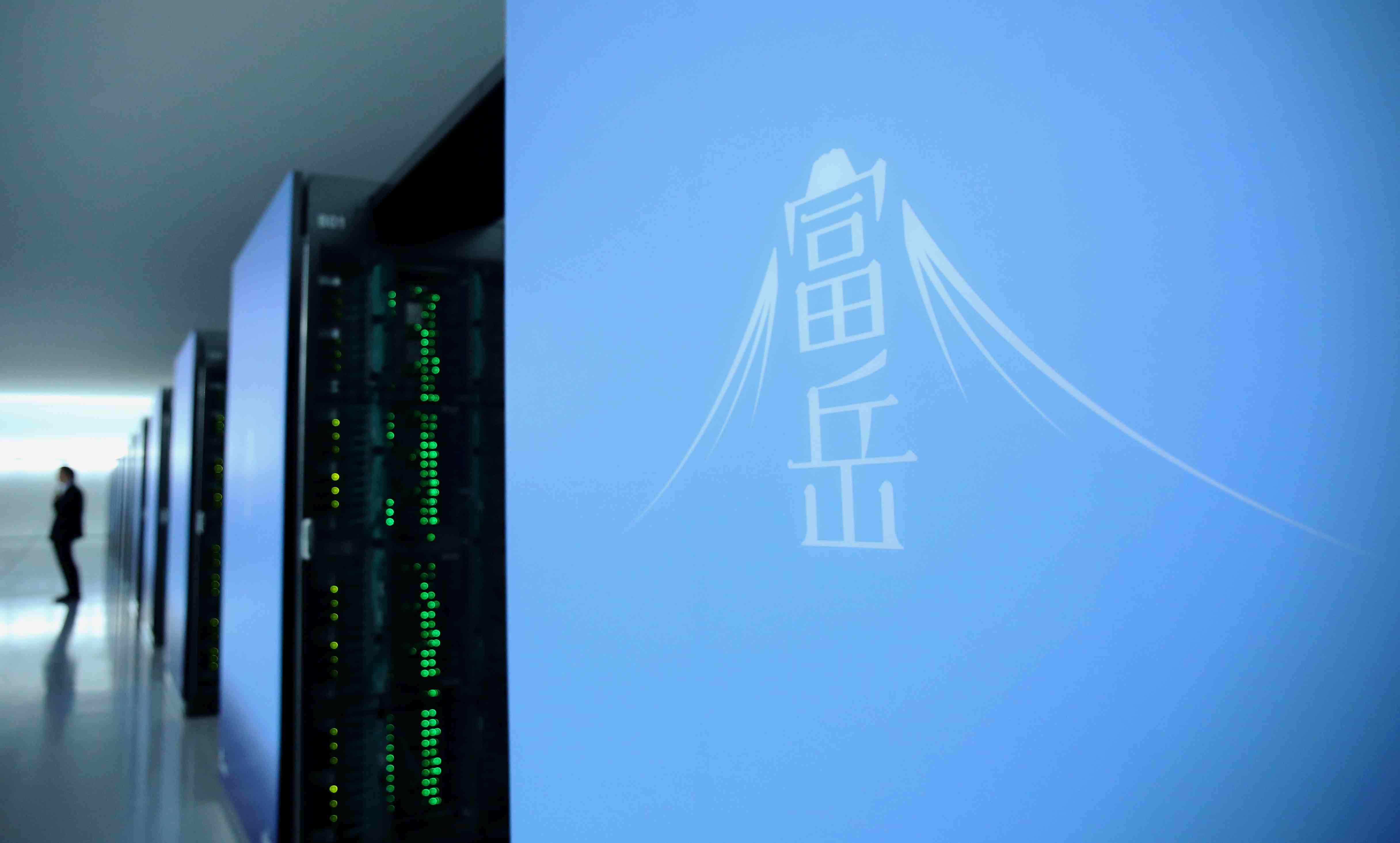 Simulating the dispersal of airborne droplets due to a cough, Fugaku has already given something back to society for fighting COVID-19.

Japan’s Fugaku supercomputer retained its position in November as the world’s number one across four different categories – repeating the success it achieved in June.

Fugaku’s excellent capability has been used recently for COVID-19 related research. But how has the supercomputer managed to succeed in this emergency phase, prior to its initially planned full-scale operation in fiscal 2021?

Reasons include lessons learned from Fugaku’s predecessor K, and the adoption of a design concept aiming to benefit society. 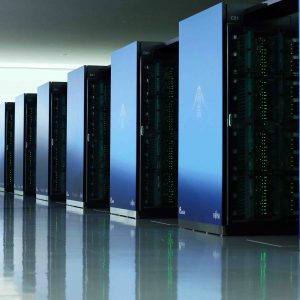 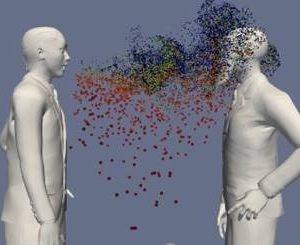 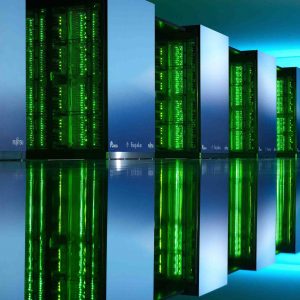 Caption: Fugaku ran simulations of droplets from a cough or sitting in a restaurant, guiding COVID-19 mitigation measures

A Supercomputer that can also Run Smartphone Apps

COVID-19 effectively forced the Fugaku team to bring forward its operation timetable from fiscal 2021 to April 2020 so that the supercomputer could be used for pandemic-related research. And indeed, Fugaku has already given something back to society.

“Japan’s policy on supercomputers has turned out to be shrewd,” says Satoshi Matsuoka, director of the Riken Center for Computational Science, and a key person in Fugaku’s development and operation.

Fugaku’s predecessor K was designed to have the fastest computing speed in the world. But its poor usability, low user numbers, and lack of software options were all issues.

However, Fugaku uses a versatile system that is also capable of running programs used daily by the general public on their smartphones and computers. Fugaku’s ability to run software quickly has made it ideal for emergency research on COVID-19.

Trying to write new programs overnight for emergency purposes such as “fighting the virus” is futile. If you were to write a new program for Fugaku from scratch, it would take several years until the emergence of any favorable results.

The Fugaku team placed emphasis on “codesign,” whereby hardware developers and software developers worked on the design together. The fact that the team tried to achieve the best possible outcome should not be overlooked.

“Developing both the machine and application software at the same time meant that we were subsequently able to handle the crisis,” explains Matsuoka.

As Matsuoka summarizes, the Fugaku team worked on hardware that maximizes the potential of the software, and software that is suitable for the hardware.

Installation of the supercomputer was completed in mid-May. Before that, research took place using part of the equipment – which was made possible by the necessary software being available as a result of the team’s emphasis on codesign.

Fugaku-related research started during the K era. The team wanted to develop even better software, and this effectively led to their successful results during the COVID-19 pandemic.

Simulating a Cough – the “Aha!” Moment

In particular, research carried out by Kobe University professor and RIKEN team leader Makoto Tsubokura has stood out.

Initially, Tsubokura researched simulations of engine fuel injection before shifting his focus to software – after realizing that the physical phenomenon of the fuel injection was the same as the dispersal of airborne droplets due to a cough.

The professor’s research led directly to real-life solutions concerning the spread of COVID-1, such as which restaurant seat to pick to minimize the risk of infectionーand tests regarding the effectiveness of masks.

Codesign has been used in fields such as drug discovery, disaster prevention, meteorology, craftsmanship, and space since about 2014. Research in these fields has gained global recognition.

Earlier this year, a National Institute for Environmental Studies team working on more accurate weather forecasting and a Tokyo University team focused on simulations for designing objects such as ships were both shortlisted for the Gordon Bell Prize – also known as the “Nobel Prize of Supercomputing”.

Both teams missed out in the end but their use of large-scale computation made their research stand out – and this reflected well on Fugaku.

New technology has emerged as a result of Fugaku development.

Fujitsu, which jointly developed Fugaku, started selling supercomputers that utilize Fugaku technology for business use in November 2019. Some universities and research institutes across the U.S. and Europe have already purchased these computers.

In addition, some U.S. companies have been working on supercomputers using arithmetic devices developed for Fugaku. Fugaku-related technology is spreading across the globe.

In the “TOP500” global rankings, which evaluates computing speed, and which Fugaku has led consecutively, JAXA’s TOKI-SORA finished 19th. TOKI-SORA was also developed by Fujitsu, and utilizes Fugaku technology.

The power of Fugaku is understood by many people, but this particular supercomputer is about to hit its stride.

It will be exciting to watch further developments unfold, and how society will change as a result.