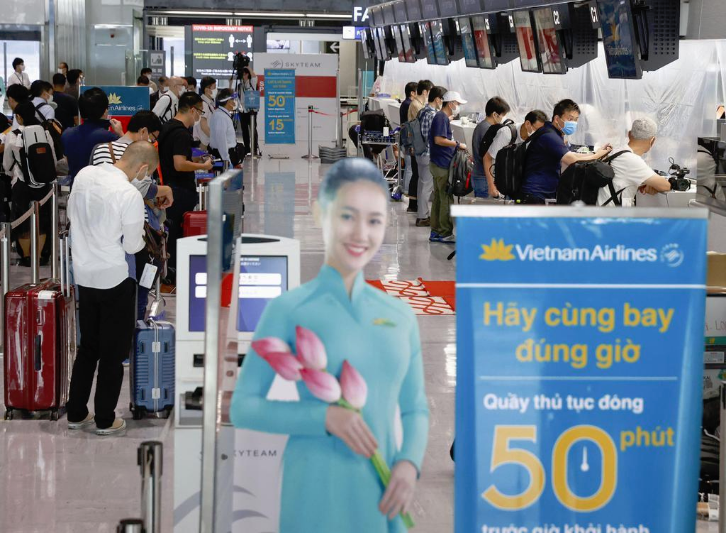 Amid calls for caution from experts and the World Health Organization regarding the COVID-19 pandemic, many governments around the world have started easing rules for entering and exiting their countries, including Japan.

The Shinzo Abe administration shared on June 18 that it had entered negotiations to gradually open the borders with Vietnam, Thailand, New Zealand, and Australia. The plan is to first allow business travel to resume.

The first charter flight in months took off on June 25. Over the space of three days, a total of 440 business people will board for the trip from Narita Airport to Ho Chi Minh City, Vietnam.

Vietnam has demonstrated a particularly exemplary track record in its handling of the COVID-19 pandemic, registering only 335 positive cases in total, zero deaths, and no new cases in the last two months.

Japan currently prevents the entry of people transiting from 111 countries and regions.

Conversely, the foreign ministry has pointed out that 170 countries currently deny entry to those coming from Japan.

Despite the worry and apprehension about the possible spread of COVID-19, many countries such as those in the European Union have started to embrace reopening for the sake of boosting economic activity.

Japan also seems to be riding this wave. In the press conference following the Cabinet meeting to decide the new steps, Prime Minister Abe explained: “While we work hard to prevent the introduction of the virus from abroad and continue our border policy, in order to encourage economic recovery we need to partially and gradually restore international travel.”

Despite the wish to open up, the Japanese government shared that the new regulations would also come with increased health requirements to ensure the safety of everyone involved.

The conditions for entry are the following:

Previously, keeping the capacity of testing facilities in mind, it was envisioned that entry would be allowed to approximately 7,500 people a month, with a maximum of 250 a day. However, the details have yet to be ironed out by the Japanese government.

In addition, everyone entering the country, including Japanese nationals coming and going, will be required to provide information about where they plan to stay and who they plan to meet during their time in Japan.

It’s envisioned that for Japanese leaving the country it will be necessary to enable more PCR spit tests (which take a shorter time to process than regular PCR tests). Similarly, it is expected that a new PCR testing center will need to be set up to test those entering Japan from abroad.

Some deem this timid reopening to be insufficient, however, and have been calling for the opening of borders to include countries in Europe. On June 22, the chairman of the European Business Council, Michael Mroczek, held a press conference at the Foreign Correspondents Club of Japan to call on lawmakers to ease travel bans, warning that otherwise there could be lasting effects on business relationships.

Whatever the norms, it appears that in Japan there will be a prioritization of business travel for now, followed by students and tourists at a later date.

The new rules are expected to take into account the developing situation of COVID-19 in Japan and abroad. Currently, Japan has fared fairly well compared to some countries. It has confirmed 18,310 positives and 969 deaths due to the novel coronavirus disease as of June 25.

However, just on June 24 and 25, the capital Tokyo saw a spike in new diagnosed cases to 55 and 48, respectively, the highest numbers since the beginning of May.

It’s anyone’s guess what the situation will be like in a couple of months. If you are planning on coming to Japan, make sure to check the information on the foreign ministry’s website on a regular basis for updates.