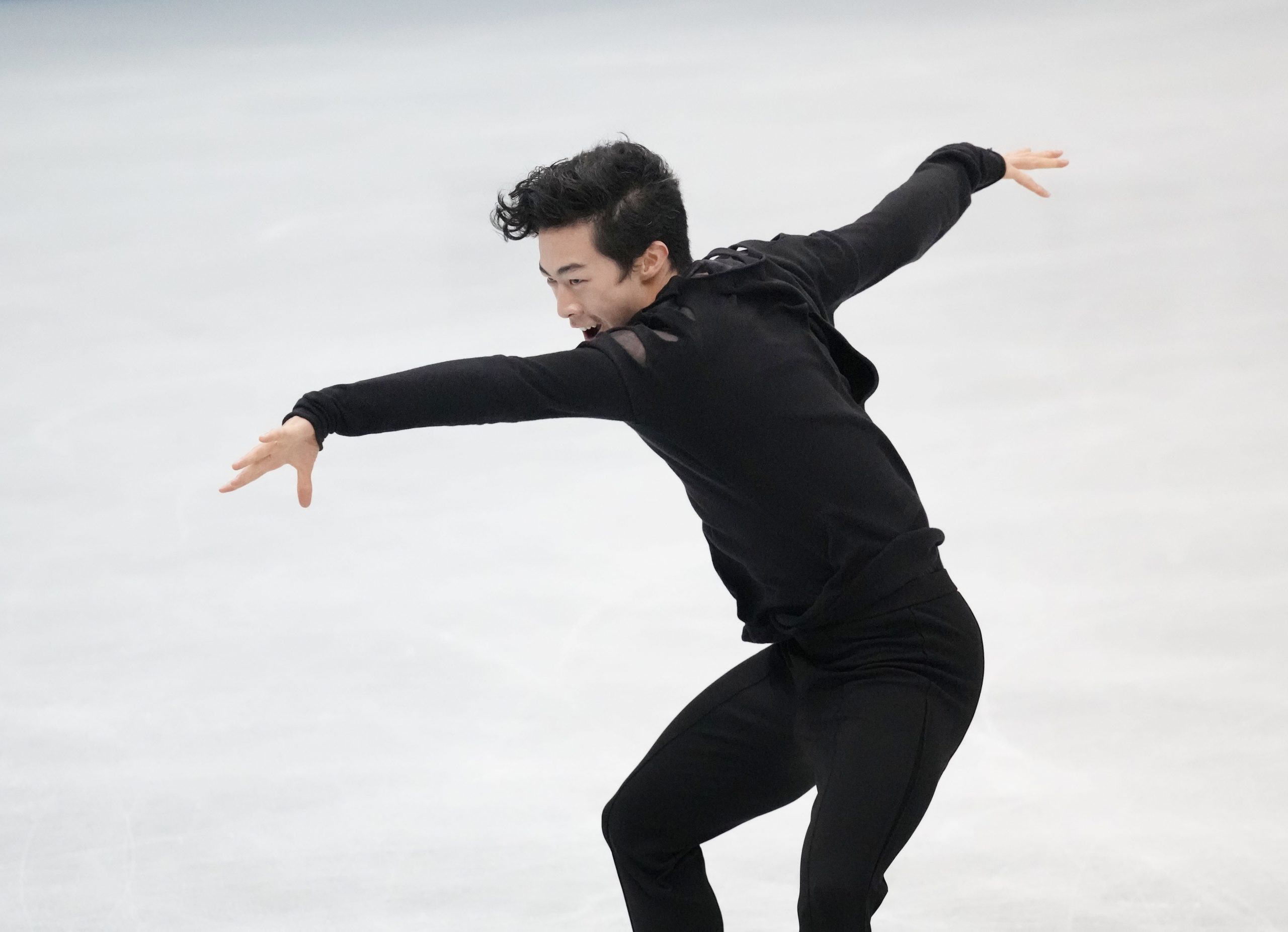 OSAKA ー Nathan Chen bested Yuzuru Hanyu in the free skate on Friday night, April 16 in the World Team Trophy at Osaka Municipal Central Gym to keep the United States in the running for the overall title in the six-nation competition.

Chen’s winning score in the free skate was 203.23 points, while Hanyu was second with 193.76. Though the International Skating Union does not calculate an official combined score for both programs in this event, Chen’s total was 312.89, with Hanyu tallying 300.88.

Chen’s victory gave the U.S. 12 points and the Americans ended the night in second place with 83 points, behind Russia’s leading 91. Japan is in third place with 78.

The 21-year-old Chen earned his third straight world title last month with a 29-point victory over Hanyu in Sweden. Though Chen won again this night, the margin was considerably closer. The pair were separated by just two points after Thursday’s short program.

Chen skated last to “Selections from Philip Glass” and landed three clean quads and one on the quarter in the victory. He added four triples and earned level fours on his three spins and a level three for his step sequence.

It was another impressive performance for Chen, who extended his win streak again. The last program he lost was the short program at the 2018 Pyeongchang Olympics. His lone blemish came when he singled a planned triple flip on the end of a three-combination jump in the second half of his program.

Chen was asked about the coming Olympic season and the 2022 Beijing Games, but deferred any real comment.

“I look at each competition as it is. It’s a full season ahead of the Olympics,” Chen noted. “It’s too early [to focus on that]. I don’t know if there will be one.”

Added Chen, “I just want to go back home now and take a rest and prepare for next season.”

Hanyu competed to “Heaven and Earth” and hit three clean quads, but popped a planned quad salchow into a single on his second jump of the night. Like Chen, he also landed four triples while receiving level fours for his spins and a level three for his step sequence.

The two-time Olympic champion bemoaned his miss on the salchow.

“I was very careful and I think the form was fine, but I was unlucky or I got into the hole [rut in the ice],” Hanyu commented. “You can jump in the same place, but because of the width of the edge, just a few centimeters, I got stuck there.”

Uno performed to “Dancing On My Own” and attempted a difficult triple axel/quad toe loop combo as his first jump but fell on the back end of it. After landing a nice quad flip, Uno fell again on a quad toe loop.

It was another difficult night for the Pyeongchang Olympic silver medalist, as he also singled a planned triple flip and doubled a triple axel.

Uno admitted that his triple axel/quad toe loop try may have been ill-advised.

“The jump is not in good shape at all, and I’m sorry that I took on such a challenged in a team battle where everyone’s ranking counts,” Uno said.

Victoria Sinistina and Nikita Katsalapov gave Russia 12 more points with their victory in the free dance. Their winning total was 130.15.

Italy’s Charlene Guignard and Marco Fabbri were second on 110.16, while Kaitlin Hawayek and Jean-Luc Baker of the U.S. came in third with 110.16.

Japan’s Misato Komatsubara and Tim Koleto came in fifth at 100.82.