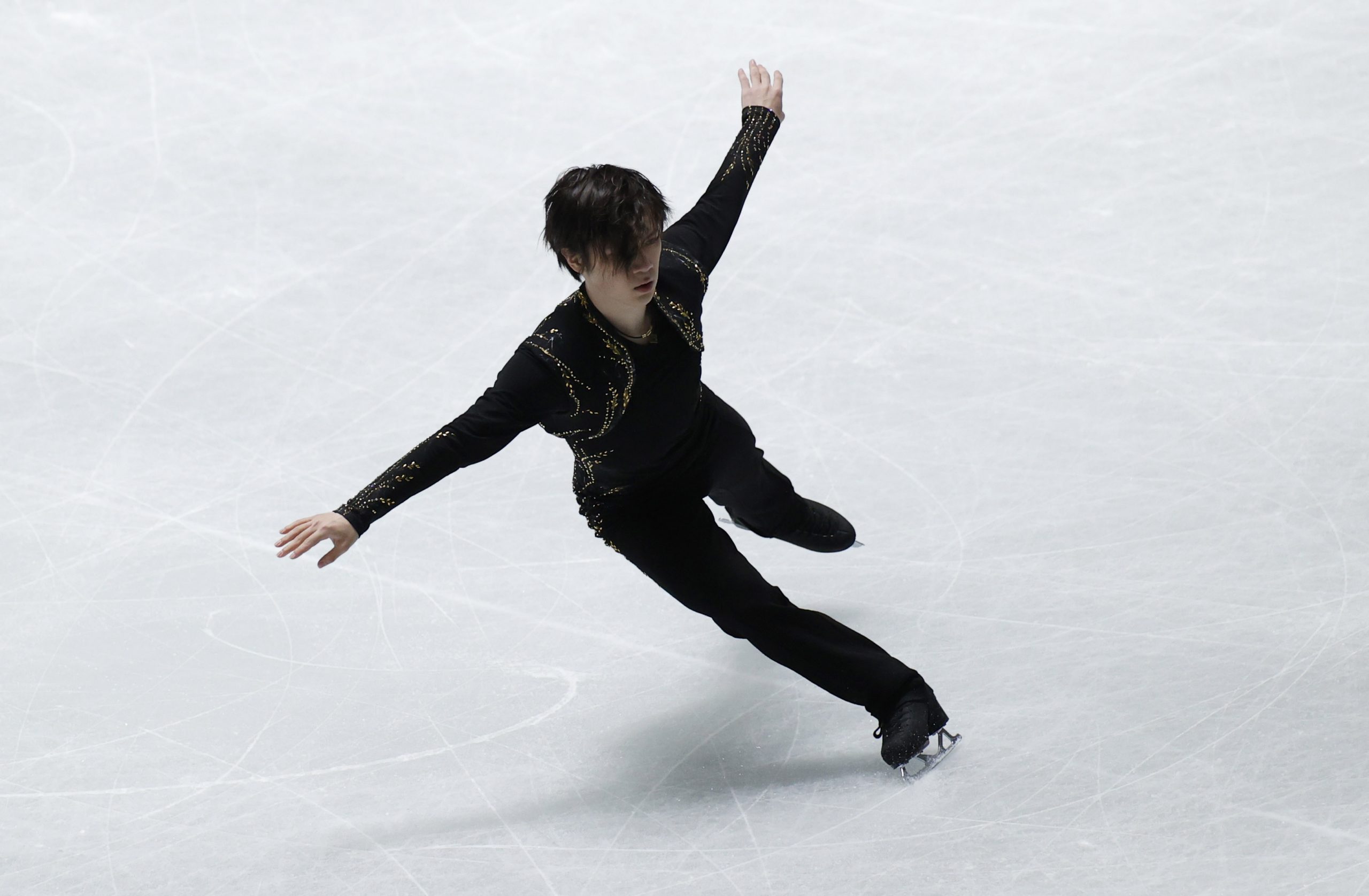 Shoma Uno landed four quadruple jumps and put forth a polished performance to win the NHK Trophy by a commanding margin on Saturday night, November 13 at Yoyogi National Gymnasium. The Pyeongchang Olympic silver medalist clinched a berth in next month’s Grand Prix Final in Osaka with the victory.

Uno racked up a total of 290.15 points in the triumph, outdistancing American Vincent Zhou (260.69) by nearly 30 points. Uno led by just over three points heading into the free skate.

Kaori Sakamoto powered to her second straight NHK Trophy crown with an electric effort in the women’s competition. Sakamoto’s winning total was 223.34, giving her a margin of victory of nearly 18 points over Mana Kawabe, who placed second with 205.44.

South Korea’s Young You narrowly held on to come in third on 203.60, ahead of American Alysa Liu who was fourth with 202.90.

Uno, who won his first NHK Trophy title in 2018, performed to “Bolero” and began with a quad loop, quad salchow, and quad toe loop/double toe loop combination. He went on to add another quad toe loop later in the program.

Uno, who was second at Skate America, received level fours on three of his spins and a level three on his step sequence in the impressive outing.

“The first half of my program was very good,” Uno stated. “I felt good on the ice, the skate, my movement, my mind. Everything was as during practice, everything went well. It wasn’t a coincidence. Everything was happening the way it should.”

Uno bemoaned the fact that he could not execute a fifth quad (which he doubled) that he had planned.

“The second half, the flip, if I had done it, it would have been great,” Uno commented. “But it wasn’t and that means I wasn’t training enough.”

With a total of 28 points each, both Uno and Zhou have qualified for the GP Final.

Zhou, the winner at Skate America, struggled from the start to “Crouching Tiger, Hidden Dragon” and ended up sixth in the free skate. He popped his opening quad lutz into a single, under-rotated two quad salchows, and landed his quad toe loop on the quarter.

Zhou did earn level fours for his spins and step sequence.

“I am very disappointed in my free skating,” Zhou confessed. “Thankfully it happened here and not at the Olympic Games. I am glad that I got this out of my system now and not next February.”

Zhou felt his level of fitness was responsible for his miscues.

“I was not able to train consistently leading up to this competition and it showed,” Zhou said. “I need to make sure I am in better health and condition for my next competition.”

Sakamoto skated to “No More Fight Left in Me” and landed seven triples in an effort that earned her a standing ovation. She received an edge call on her first triple lutz and a quarter call on a triple toe loop in her three-jump combo, but that hardly mattered on this night.

Sakamoto earned level fours on her spins and step sequence.

“On my first and last jump today, I was a little bit at an angle in the air and that got me worried, but my goal of putting out a good free and short program was achieved,” Sakamoto remarked.

“To be honest, one month ago it would have been hard to imagine today’s result,” Sakamoto added. “This season every competition is very important. I don’t have a big element (triple axel or quad), so I have to make sure I skate clean.”

After finishing fourth at Skate America, the win gives Sakamoto a chance to make the GP Final. She earned 15 points for the victory, giving her a total of 24.

Kawabe competed to “Miracle” and fell on her opening double axel, but recovered to hit seven triples. She took second despite only getting level threes on two of her spins and her step sequence.

“After I missed my axel, I was able to change my mindset and focus on something else,” Kawabe stated. “I achieved my personal best, so I’m very happy about that. Little by little my [triple] axel success rate is getting better.”

You fell on her opening triple axel to “Les Miserables” and had three under-rotations, but was able to hang on to third place she had secured in the short program.

Russian world champions Anastasia Mishina and Aleksandr Galliamov won the pairs with 227.28, ahead of compatriots Evgenia Tarasova and Vladimir Morozov (213.27). Riku Miura and Ryuichi Kihara (209.42) rounded out the podium in third.

The result gives Miura and Kihara, who were second at Skate America, a shot at making the GP Final.

Kana Muramoto and Daisuke Takahashi (179.50) were sixth, with Misato Komatsubara and Tim Koleto (172.20) coming in seventh.

The NHK Trophy will conclude with the Gala Exhibition on Sunday.