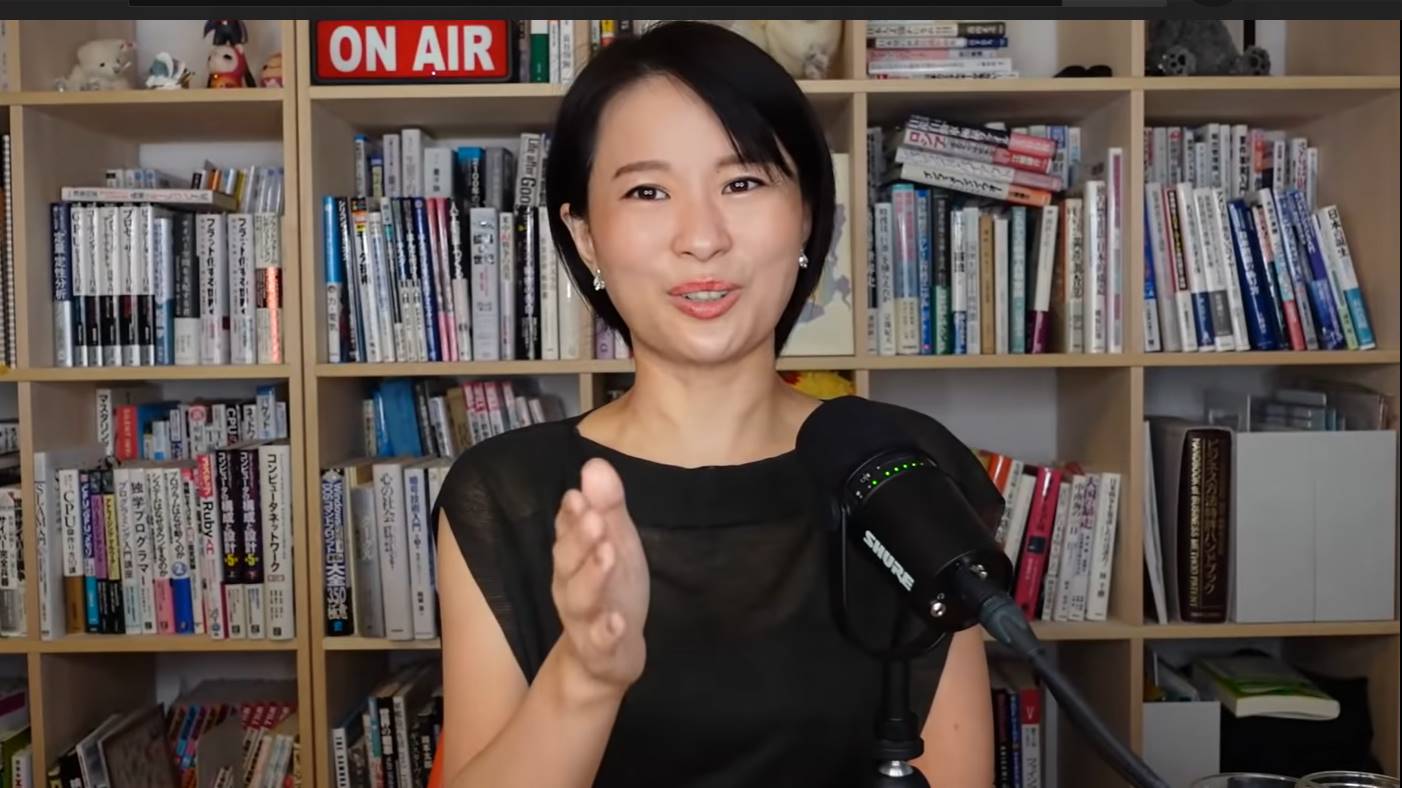 Bookmark is a JAPAN Forward feature that gives you long reads for the weekend. Each edition introduces one overarching thought that branches off to a wide variety of themes from the author and/or interviewee’s point of view. This week’s piece is an interview with a young entrepreneur and journalist on her perception of China’s influence in technology and politics. Our hope is for readers to find new depths and perspectives to explore and enjoy, while keeping in mind that the views expressed herein are those of the speaker to whom they are attributed.

It was 2011 and a young financial analyst named Moët Fukada had just started a new Japanese company, Revatron .

There was nothing unusual about Fukada’s becoming an entrepreneur. She had worked at a financial analysis firm while studying at the famed Waseda University in Tokyo, well-known for its graduates in political science and law. The Japan office of Barclays Capital hired her after graduation.

After she left Barclays Capital, Fukada started spending more time on the ground inside the People’s Republic of China, learning how the political economy of China, and market trends not always clear from abroad, might impact profit margins and sway future trends in global business. Starting her own company was a natural outgrowth of her strengths and experiences in international business.

But then Fukada’s life was changed by a business encounter. A well-known Japanese firm approached Revatron seeking Fukada’s and Ho’s help in building surveillance systems. A little additional research revealed that the applications for these surveillance systems were multiplying rapidly inside of the People’s Republic of China.

This was Fukada’s initiation into what the Chinese government was planning, a surveillance state for total social control. It was an eye-opening revelation into the intersection among politics, business, and technology.

In her new book, Social Media and Economic Warfare (Ikuhosha, 2021), Fukada writes about this awakening to the nature of the way business works in China. She found a complex interplay of propaganda, bureaucratic control, manipulation of the legal framework, surveillance, and the systematic targeting of foreign businessmen.

The Chinese dangle the “bait of the gargantuan Chinese market” in front of corporations, Fukada writes, and then a system of bribes, “fixers,” enticements, and financial entanglements pulls foreign corporations ever deeper into what Fukada calls the “Chinese ecosystem” of organized corruption. All of it redounds to Beijing’s ever-greater sway over the global political economy.

“Corporations from around the world are drawn into automatically acting as lobbyists for China against their own governments,” Fukada says. “Meanwhile, the interim goal of globalists in every country is to destroy small- and medium-sized enterprises (SMEs), as these foundations of the national economy stand in the way of big corporations’ path to dominate the globalized economy.”

“The pandemic, with its lockdowns and restrictions on customer numbers, affected SMEs the most,” Fukada notes. “This benefits the giant firms in any country, and also pushes the various elements of the world economy more firmly under Chinese control.”

Fukada’s expertise in the high-tech side of international business and finance, and especially the political economy of China, led her to take a greater interest in Taiwan.

Why Taiwan? Because the island nation dominates the most important high-tech sector of them all: semiconductors. According to statistics from March of 2021, in 2020 Taiwan-based firms controlled the manufacture of some 63% of all semiconductors. Taiwanese tech giant TSMC had the lion’s share of that market— that single firm made more than half of the semiconductors produced in the world.

Taiwan’s dominance of the semiconductor market might not have raised worldwide concern, had it not been for the pandemic. Global supply chains have been breaking down for nearly two years due to the Chinese coronavirus, and one of the biggest kinks in the line is the semiconductor supply. Auto firms in Japan, such as Toyota, have had to slash back production due to a dearth of the little chips that go into onboard computers. Without those tiny parts, the car doesn’t work.

And neither do workers.

Miniature wafers of silicon are the O2 of the global economy. Cut off the oxygen, and a given economic sector in a given country quickly dies. Taiwan’s positioning as the world hub of semiconductor manufacturing makes it the oxygen delivery system to a huge swath of the world’s business.


The Reality of Taiwan…and Japan

Fukada provides an overview of this situation in her new book, but even more important is the rhetorical question she poses during our interview one autumn day on the outskirts of Tokyo: “What do we mean when we say, ‘Taiwan’?”

“Most Japanese have a nostalgic or friendly image of Taiwan,” Fukada says. “But the reality is much more complicated.”

Fukada explains the often hidden connections between Taiwan and the Chinese mainland, despite the perception by many in Japan and elsewhere in the world that the two countries are at odds.

“The Green Gang (Qing Bang) is a criminal organization which has deep and long-lasting ties to the KMT,” Fukada says, referring to the Kuomintang, or party ruled by Generalissimo Chiang Kai-shek who fled to Taiwan in 1949 after losing the civil war to the Chinese Communists. “The Green Gang has been involved in prostitution, drug running, and other organized crime activities in Shanghai, and also carried out political assassinations and purges for the KMT. That whole network of government-mafia corruption got transplanted to Taiwan,” Fukada notes.

Chinese tech giant Huawei is also connected to the Green Gang, Fukada says. “In the 1970s,” she continues, “the KMT and the Green Gang saw that South Korea was becoming rich and achieving high economic growth, thanks to technology transfer from Japanese firms like Sanyo and NEC.

“The Green Gang then began spreading propaganda through American think tanks, such as the Center for Strategic and International Studies (CSIS), that Japan is America’s enemy, so the United States should not share any semiconductor technology with Tokyo.”

“What came next is really remarkable,” Fukada continues. “The 1986 Japan-U.S. Semiconductor Agreement restricted Japan’s sales of semiconductors in the United States through a series of tariffs and other barriers to trade.

“That is when Taiwan stepped in. To the Americans they argued that, as pro-Americans, unlike the Japanese, Taiwan should manufacture semiconductors instead of Japan. To Japan they argued that the Americans were acting unfairly, and that Taiwan should manufacture semiconductors on Japan’s behalf to help evade Washington’s tariffs.”

“Taiwan played both sides,” Fukada says. “This is how they cornered the market on semiconductors.”

During our interview we are joined via phone by Jason Ho, who has family roots in Taiwan.

“Many people think that the Chinese Communists and the KMT in Taiwan are enemies,” Ho tells me. “But that is not true anymore. There is a ‘Bamboo Network’ of transnational Chinese Communist Party (CCP) families who have taken over the semiconductor industry in Taiwan.”

According to Ho, this subsurface cooperation between the CCP and the KMT with its ties to the Green Gang is extensive. “Major technology firms in Taiwan, the United States, Japan, and mainland China are all connected via powerful families and shared capital,” Ho says.

“The shutdown of Toyota’s production due to chip shortages wasn’t accidental,” Ho continues. “It was intentional. The China-dominated semiconductor groups are trying to destroy Toyota precisely because Toyota has long been committed to national, and not globalist, production.”

Ho is particularly concerned about theft of F-35 technology by the PRC and an outspoken opponent of the theft of American and Japanese technology by actors posing as Taiwanese patriots. But Ho’s opposition to corporate espionage has cost him. “I was poisoned by the CCP,” Ho tells me. “I am still recovering.”

Ho has no plans to stop trying to tell his fellow Americans, his friends in Japan and Taiwan, and the world about what is really going on in East Asia.

“Technological theft is a tremendous part of China’s consolidation of control over the world economy,” Ho notes. “I will never keep silent. I am in contact with the FBI, the CIA, and with several American congresspeople. This is a matter of the utmost importance.”

Fukada agrees. “With control of the upcoming 5G revolution, and with Japan rapidly digitizing and virtual currencies and blockchain technologies going mainstream, China is poised to extend its reach even further across the region and the world,” she says. “China controls the technology and the communications. This means that China controls virtually everything.”

Fukada goes on to explain how, in her analysis, common misperceptions about Japanese politics also lend China a distinct advantage.

“Many in Japan are suspicious of LDP [former] Secretary-General Toshihiro Nikai,” Fukada says, “because of his many connections with Chinese politicians and businessmen. But Nikai’s connections are actually a hindrance to the Green Gang. They want to dominate and control what people in Japan know about a Taiwan and China.”

“In reality,” Fukada continues, “it is others inside the LDP, people whose names many would find surprising to hear mentioned in this context, who are the real agents for the CCP.”

Fukada levels her gaze across the table at me and says in perfect English, “Politics is a business. The Japanese people must wake up and understand that money and politics are a set.”

Fukada’s thesis is that by following the money and networks flowing through globalized Japanese companies and Taiwanese political and business groups, the risks to Japan will become clear.

“Japan is in great danger,” she concludes. “The Japanese people must act to protect Japan’s SMEs, end industrial espionage, evict Huawei and other PRC-controlled firms (including putatively Taiwanese firms) from Japan, and build up the Japanese military to defend Japan from Chinese attack.”

“We cannot be passive bystanders in the region any longer,” she says. “We must fight back, or we will lose everything.”