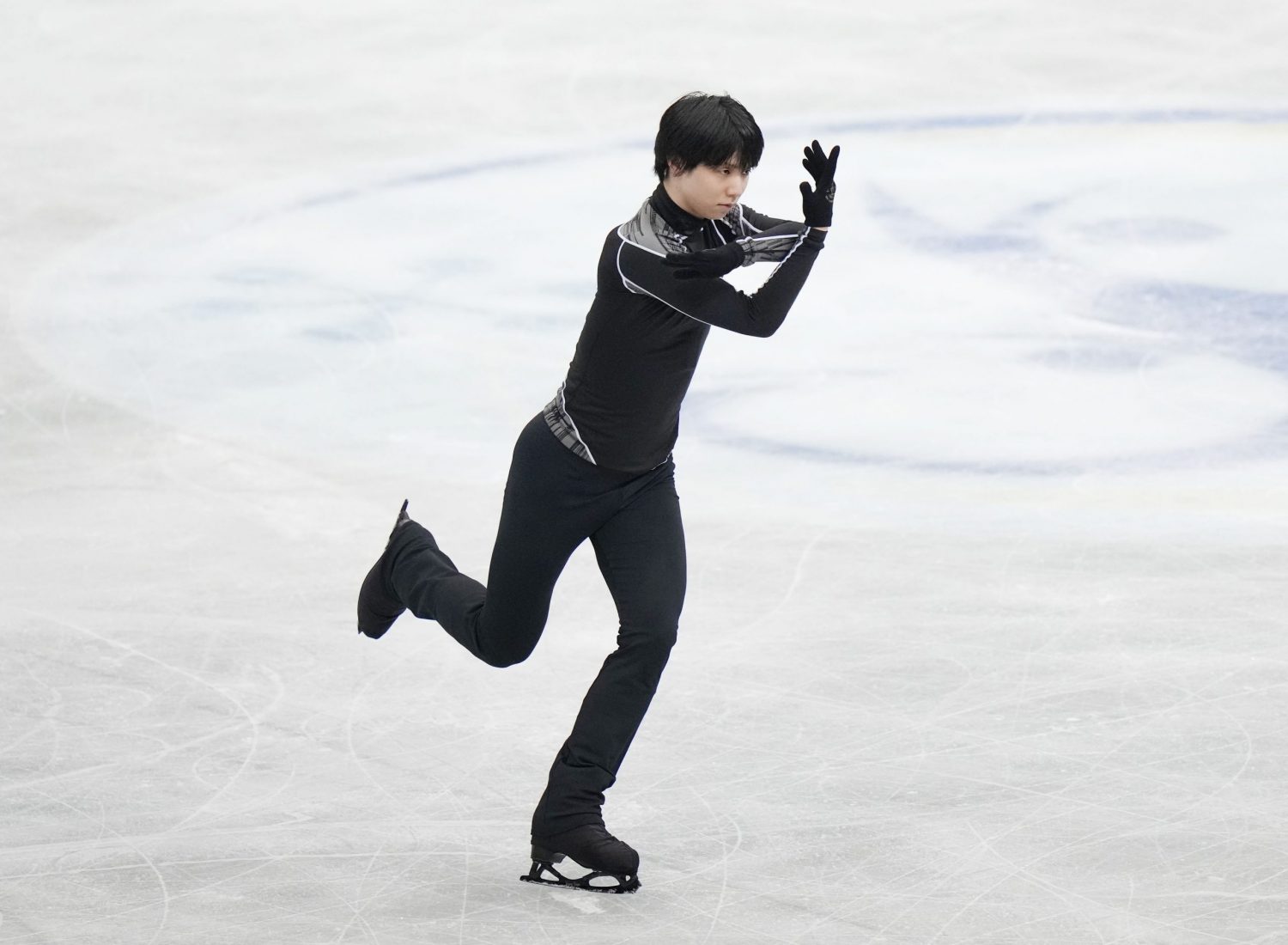 OSAKA ー Practice for the World Team Trophy got underway on Wednesday, April 14 at Osaka Central Municipal Gym, with all the major players taking part, ahead of Thursday’s women’s and men’s short program.

Though both of the titans did not have smooth run throughs, they looked good before and after their music while working on their jumps. Hanyu was leaping especially high on his quads, while Chen was landing his consistently.

Hanyu is looking to end Chen’s winning streak of more than three years, while trying to lift Japan to its third World Team Trophy title. Hanyu will skate immediately before Chen in the short program.

Following the practice, Hanyu was asked about his progress on the quad axel.

“I didn’t try the quad axel this time,” the superstar stated. “It is impossible to challenge the quad axel with this schedule. I have to perform better than at a normal event [because it is a team competition].

“I want to perform to help everyone, not to prioritize my feelings,” Hanyu continued. “I will contribute to the team as much as possible. Therefore, I want to concentrate firmly and control myself and perform well.”

Chen was not available for comment following the practice. He will skate last in the 11-man field on Thursday.

After Thursday’s practice, Chen discussed his outlook for the marquee event.

“I’m just excited to be here. It’s the last competition of the season, so just try to have fun with it,” Chen remarked. “It’s fun that it is a team event. I just want to truly enjoy myself out here.”

Italy’s Matteo Rizzo was a late withdrawal from the competition, so Daniel Grassl will be its only representative in the men’s event, which is one skater short.

Pyeongchang Olympic silver medalist Shoma Uno practiced his long program “Dancing On My Own” in the afternoon skate. He fell on his jumps several times during the session.

“I enjoyed it only when I was doing [triple axel/quad toe loop] while practicing today,” Uno commented. “That combination doesn’t make any sense with my current composition. Like the quad salchow and quad loop. If you can put it in, the triple axel/quad toe would be in the free skate. I’m thinking of doing it once in an event.”

Two-time Japan champion Rika Kihira did not overexert herself this day.

“This season’s free program (“International Angel of Peace”) has a lot of flow, but it’s a difficult program if one jump collapses,” Kihira noted. “I’ve been practicing lightly since the world championships, trying not to jump the lutz and axel at all. I’m planning to make a new program from next season.”

Kihira will try to outduel world champion Anna Shcherbakova of Russia, after finishing seventh at the world championships last month, once the action gets underway. Shcherbakova looked smooth and confident during her training session this day.

Kihira will be the final skater in the women’s lineup, with Shcherbakova performing right before her.