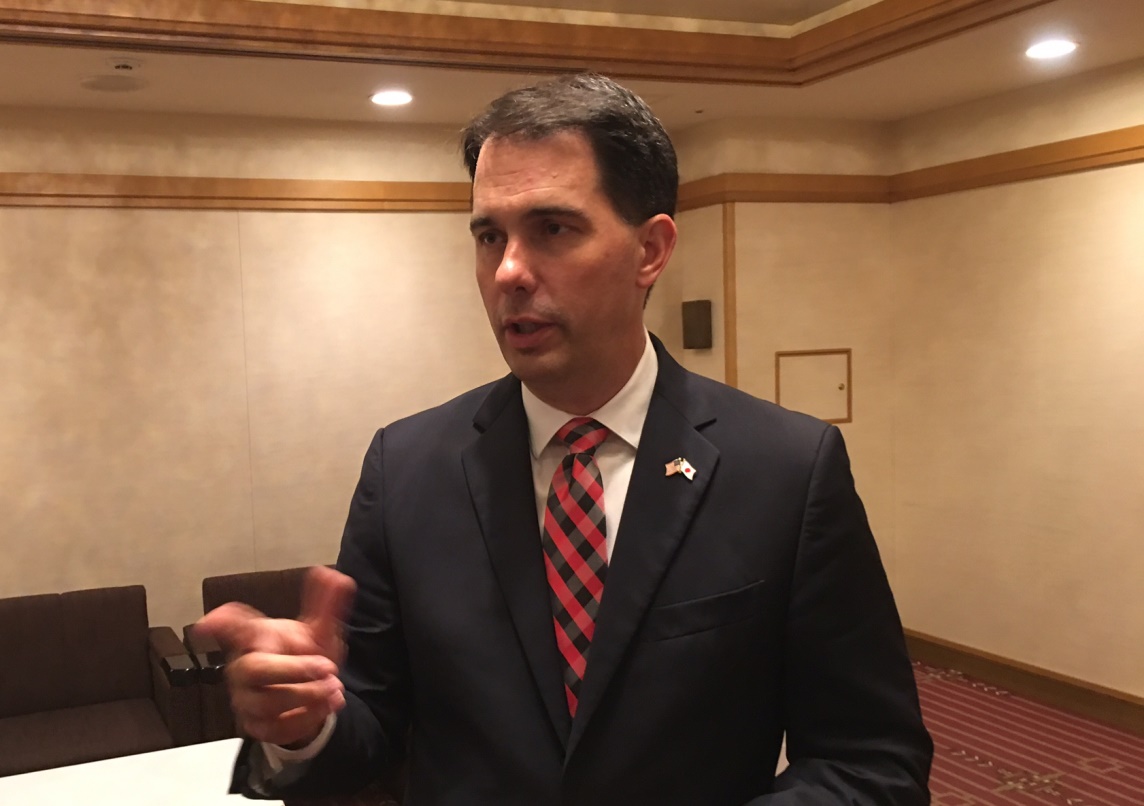 Governor Scott Walker of Wisconsin was in Japan recently as part of the United States midwest trade delegation. On September 12, he sat down with JAPAN Forward in Tokyo and talked about a wide range issues—from business, investment, and culture to education and security.

Of course, Walker talked about how successful Wisconsin-Japan businesses are, starting with Kikkoman, the first Japanese-owned production facility in the US, to the newest investment project by Sharp together with Taiwan’s Foxconn.

The Governor also emphasized the importance of security issues these days, when North Korea is threatening the world with its ballistic missiles and ongoing nuclear weapon development programs.

Here are the excerpts from the interview with Governor Walker: 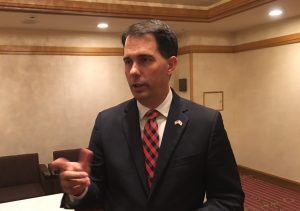 How do your reforms of the past six years—which have significantly strengthened the fiscal health of the state—prepare Wisconsin to compete with neighboring states, such as Illinois, Minnesota, and Michigan?

The new $10-billion ecosystem being built to produce Sharp’s state-of-the-art LCD panels is the latest example of a company recognizing the improved business climate in Wisconsin. This is part of a proud tradition that goes back 44 years, when Kikkoman became the first Japanese company to invest in a manufacturing facility in America when they built their facility in Walworth, Wisconsin. They came because of the abundance of soybeans, quality of the freshwater, and the work ethic of the people. Today, they are a proud part of Wisconsin’s manufacturing and food and beverage industries.

Since taking office as governor, we have reduced the tax burden, reformed our regulations, stopped frivolous lawsuits, enacted a Right to Work law, invested in our workforce, and balanced our budgets with surpluses. By the end of the latest state budget, the cumulative tax relief over eight years will be $8 billion. In fact, we all but wiped out the tax on manufacturing and agriculture in our state, which is yet another compelling reason to invest in Wisconsin. 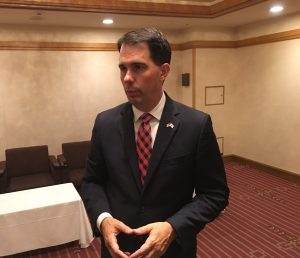 You have been a proponent of higher education preparing students to enter the modern workforce. Do you think that Japan’s long history of apprenticeship, wherein young people learn a trade from a master while working on the job, can help change the education system in Wisconsin?

With more people in the labor force in Wisconsin than ever before, we are always looking for ways to improve the education and training of our potential workforce. My recent state budget includes significant increases for our technical college system and for our University of Wisconsin system.

Since taking office, we have doubled the amount of youth apprenticeships in Wisconsin. Much like the people of Japan, we understand the importance of helping people master a trade in the workplace.

The University of Wisconsin is one of the best colleges in the world, and it has a large international student body. Japanese students have attended the UW since 1888. There are also a significant number of students who want to study abroad, and Japan is one of the top destinations. 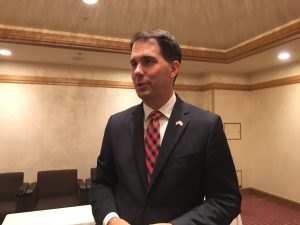 Wisconsin has six major industry clusters that should be interesting to Japanese companies and investors: advanced manufacturing; energy, power and controls, food and beverage (which includes agriculture); water technology; bioscience, and aerospace. Each industry cluster has a strong presence in the state.

American football is becoming increasingly popular in Japan. What possibilities do you see in this? Do you have any plans to encourage the Packers to play more exhibition games in Asia?

The Green Bay Packers are an important part of Wisconsin culture. They are one of the founding teams in the National Football League and one of the most popular franchises in the league today.

Baseball is also an important part of the culture in our state. Currently, the Milwaukee Brewers are giving the 2016 World Series Champion Chicago Cubs a run for the division leader. The Milwaukee Bucks also made the National Basketball Association playoffs last year and they are predicted to go even farther this season.

Wisconsin also has other professional sports teams, like the Milwaukee Wave in soccer and the Milwaukee Admirals in hockey. The Wisconsin Badgers football, basketball, hockey, and volleyball teams are consistently in national rankings. 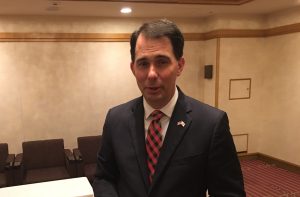 Any message to Japan and to JAPAN Forward readers?

Security is another issue we share with Japan. We feel threats from North Korea just like our friends in Japan. We understand that it is an existential threat for Japan, and we stand shoulder to shoulder with the people of Japan. We will stand firm and, as an ally, we will push back this threat with Japan.
Related Topics:KikkomanNorth Korean missileScott WalkerUS-Japan tradeWisconsin