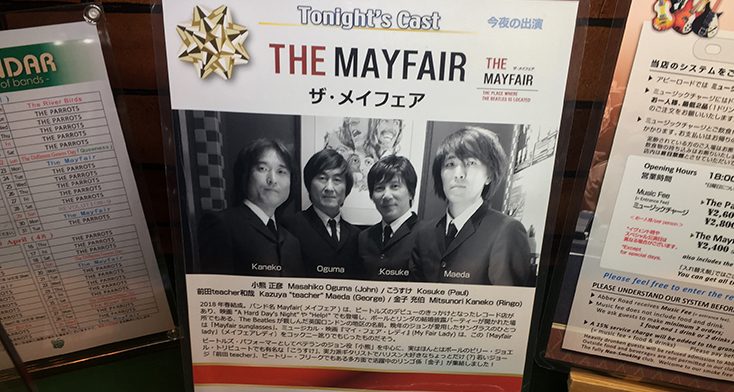 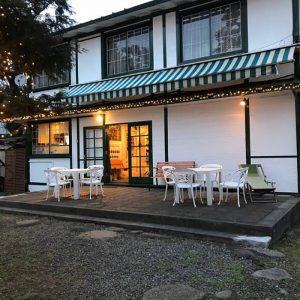 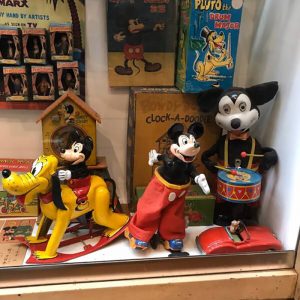 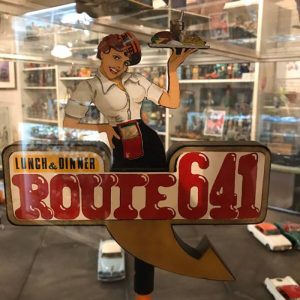 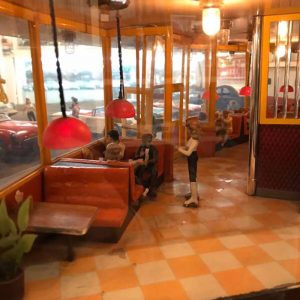 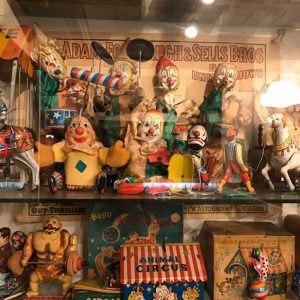 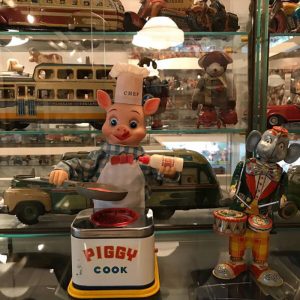 The owners of the Tin Toy Museum in Yamate, Yokohama, keep a big friendly Ukrainian Shepherd Dog. He likes to lie like a rug in the center of the exhibition, casting a sleepy eye over the amassed collection of 3,000 tin toys dating back to the late-19th century.

Skirting carefully around him, conscious not to step on his long tassel-like fur, I peer through the window of a scaled-down tin replica of a United States gas station, replete with an Edward Hopper-style diner scene. A song plays quietly from a speaker overhead.

Slowly, I tune mentally to its frequency. A somewhat unorthodox medley of Beatles B-sides and rarities up to this point, it both intrigued and annoyed me — I consider myself something of a Beatles aficionado, after all — that the song now being played is one I’ve never heard before.

Sheepishly, I Shazam the song. It is a 1977 John Lennon-penned demo called “Free as a Bird.” Following Lennon’s death in 1980, the three remaining Beatles added instrumentation and backing vocals to the track before releasing it as a posthumous single in the mid-1990s.

Not only has this excellent, and for me at least, hidden gem of a song now become the latest soundtrack of my daily life in Yokohama, it has also prompted me to do some research on the enduring popularity of The Beatles’ music in contemporary Japan.

I encounter this all the time here: the experience of slowly becoming cognizant that the tune — to which I have been absent-mindedly humming along while waiting to be served in a café, or while standing in line at Don Quixote — is a Beatles song.

In fact, I would like to wager that it is almost impossible to go a whole day in a major city in Japan without hearing at least one song written by The Beatles.

I first noticed the apparent ubiquity of the group’s music while working in Fukuoka a number of years ago. I was reading Murakami Haruki’s 1987 novel Norwegian Wood. The title is an obvious homage to The Beatles track of the same name, and various references to the song recur as a frequent refrain throughout the work.

As I read Norwegian Wood, internalizing the significance of The Beatles music for the novel’s central characters, I began noticing something uncanny. It was as though the band’s entire back-catalog had started following me around.

Inherently familiar melodies suddenly appeared wherever I went. As muzak in the lift up to my friends’ apartments. As background noise in the local bars. As musical accompaniment to my weekly purchases of fruit and vegetables. 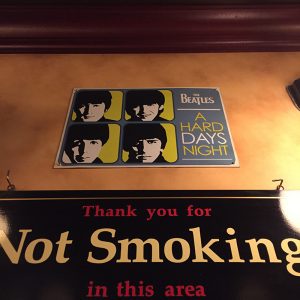 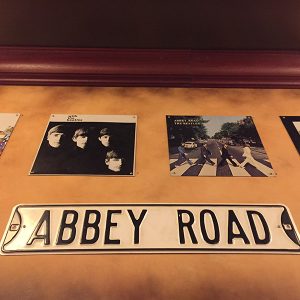 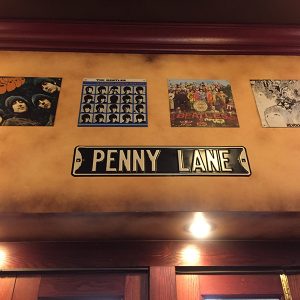 Of course, it is common to hear The Beatles music played throughout the world. However, Japan as a geographic location appears to have cultivated a unique cultural affinity with The Beatles music. One only topped, perhaps, by the group’s native Liverpool.

In a country that not only religiously practices, but invented the cult of, karaoke, the fact that “Let It Be” is by far the most selected karaoke song is, I believe, the greatest testament to this enduring sense of affinity.

Further evidence lies in the numerous Beatles-themed bars to be found throughout Japan’s major cities. In Roppongi’s Abbey Road, for example, veteran live cover acts perform each and every night.

Additionally, as anyone who has been through the nation’s state school system can tell you, analysis of John Lennon’s “Imagine” is a recurring staple of junior high school-level English textbooks.

Yokohama City University even ran an “English With The Beatles” course in 2016 that taught the language through the history of the band and the lyrics of their songs.

So why the enduring appeal of the Fab Four in Japan, particularly given their comparable lack of popularity throughout the rest of Asia?

Yoko Ono’s influence over the latter-day Beatles — her backing vocals can be heard on various tracks, such as the White Album’s “The Continuing Story of Bungalow Bill” — may, of course, be a factor. However, other overseas artists, such as Queen, have similar connections to Japan — see Freddie Mercury’s lyrics to the song ”Te o torriatte” — without the same widespread appeal.

An answer may perhaps lie in the process of internationalization Japan was experiencing when The Beatles made their one and only tour of the country in 1966. Their shows at the Nippon Budokan Hall in Tokyo came hot on the heels of the international spectacle that was the 1964 Tokyo Olympics.

The nation’s youth was already in the grip of the US imported surf-rock craze. Beatlemania also soon took hold, influencing indelibly the tastes of the baby-boomer generation, including future culture makers such as Murakami Haruki.

A writer who himself approaches Beatles-like levels of ubiquity in any discussion of contemporary Japanese literature, Murakami recently published the short-story “With The Beatles” in mid-February’s edition of The New Yorker magazine.

This newly-published story and accompanying Q&A complement the earlier Norwegian Wood in that it neatly encapsulates the writer’s generational sense of nostalgia. This is once again triggered by his Showa-era recollections of Beatlemania and the zeitgeist-inspiring effect The Beatles music had on the popular culture of that time.

Such Shōwa-era nostalgia often displays a tendency to harken back to that period in particular, to the halcyon days of high growth and economic promise. It is no surprise, therefore, that it is in those surviving Shōwa-era curry houses and watering holes — those that continue to exist beneath the railway arches of places like Tokyo’s Yūrakuchō and Ochanomizu-bashi — that one is most likely to hear a Beatles anthology on continuous loop.

When I contacted Shingo Oshiba of The Beatles Clubーa Japan-based fan club, remarkably now in its 54th year of existenceーhe concisely conveyed his own understanding of Japan’s enduring affinity with The Beatles. He ascribed this to what he called the peculiarly Japanese ability to grasp the subtle depths of melodic sound.

This ability, Oshima contends, has its roots in the zen Buddhist notion of wabi sabi. Aesthetic esotericism born out of the 15th century tea ceremony, wabi-sabi is perhaps best defined by theorist Andrew Juniper as a “sense of serene melancholy and spiritual longing” stirred via our interaction with certain objects or expressions.

According to Oshiba, even for those Japanese for whom the meaning of The Beatles’ lyrics presents a persistent and beguiling mystery, the underlying wabi sabi spirit inherent in Japanese culture allows even the most casual of listeners to connect emotionally to the music.

In the opening chapter of Murakami’s Norwegian Wood, the main character, now in middle age, describes an almost unbearable nostalgia for his youth, triggered by a chance encounter with the titular song. It is in this moment of nostalgic melancholy that we as readers may identify the particularly Japanese notion of wabi sabi as an emotional construct. This somewhat pleasant form of melancholia inspired by The Beatles’ music is the likely source of their ubiquity in Japan.

The Beatles’ music continues to have that effect on people. I, for one, am always pleased to realize that the tune I’ve been absent-mindedly humming along to, for no obvious reason, is that particular song of theirs I’ve loved since I was a teenager.

It is even better — as I have found — to discover a “new” one of theirs during a spur of the moment trip one day to the Tin Toy Museum in Yokohama.