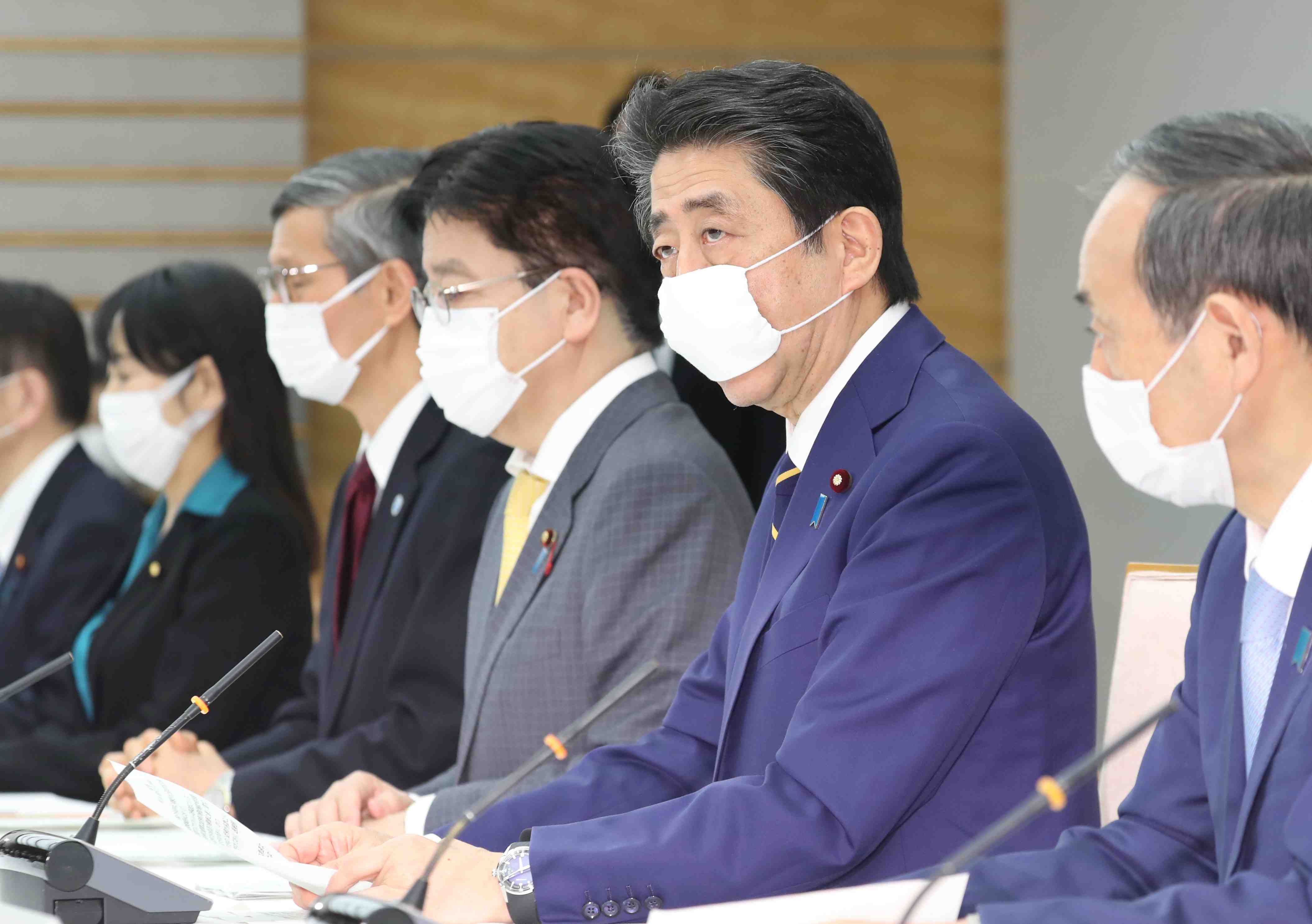 The Japanese government led by Prime Minister Shinzo Abe announced on Thursday evening, April 16, that the state of emergency will be extended to cover the whole country in its fight against the coronavirus disease (COVID-19).

The declaration provides that the nationwide state of emergency will be in effect until May 6.

The decision came just over a week after a state of emergency was declared covering seven prefectures in the country, comprising four prefectures in the greater Tokyo area (Tokyo, Kanagawa, Saitama, Chiba) as well as Fukuoka in Western Japan, and Hyogo and Osaka in the Kansai region.

Over the past week, with the number of positive cases rising, many prefectures called for inclusion in the state of emergency declaration. In the interim, Aichi, Ishikawa, Shizuoka, Fukui, and Toyama, among others, used their local powers to declare a state of emergency at the prefecture level.

In a public statement from the Cabinet task force meeting which started at around 8:30 P.M. Thursday, Prime Minister Abe opened by officially declaring that the laws implementing the state of emergency put in place a week earlier had been extended nationwide.

“We are asking for the collaboration of all citizens to avoid moving around — especially before Golden Week, when many people often travel. We absolutely need to avoid that, from the perspective of stopping further spread of the contagion throughout the country,” Abe said.

The Prime Minister once more called on residents to reduce their movement and social contacts by at least 70%, or better still 80%.

He also shared again the economic measures previously put in place to help those affected: ¥300,000 JPY ($2,785 USD) per family struggling financially. Abe also said, however, that as an alternate the government was now considering economic measures to include to a cash handout to citizens of ¥100,000 JPY ($930 USD) per person.

The Prime Minister concluded, “We must work hard to overcome this situation — the government, the experts, the scientists, the medical staff…and with the collaboration of everyone.”

What Led to the Decision

The coverage of the state of emergency was extended due to the observations by the government’s panel of experts that the contagion had reached a new phase, speeding up its spread and hitting almost the entire country.

As of April 16, the total number of positive cases in Japan had surpassed 9,000, doubling in just a week. Furthermore, although the number of cases hasn’t yet exploded as it has abroad, all prefectures in Japan except Iwate have confirmed cases of COVID-19.

Minister of Economic Revitalization Yasutoshi Nishimura, in his opening remarks at the panel of experts meeting in the afternoon of April 16, explained the main factors that had gone into the  decision:

In prefectures apart from the seven [included in the state of emergency], such as Hokkaido, Ibaraki, Ishikawa, Gifu, Aichi, and Kyoto, the number of patients has gone up to more than a 100, and the time in which cases double has decreased.

Apart from these areas, it appears that a number of clusters has emerged following the movement of people from large cities. Furthermore, after the long weekend on March 20, following an incubation of two weeks, the cases are rising quickly. Given this situation, and facing another long holiday, we think adoption of a policy to reduce the movement of people is needed.

All around the country the number of diagnosed patients is rising, and there is fear that the medical system is struggling. Furthermore, there is a fear that as the long holiday approaches [between the end of April and the first week of May], many people will be moving about from one area to the other, including to areas which have less strict [anti-virus] measures. So it is important to map out a plan to prevent further spread of the contagion.