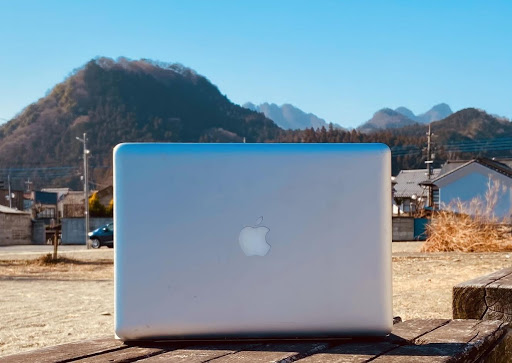 COVID-19 has caused many of us, including myself, to rethink how we work.

About six months into the pandemic, having previously been a commuting corporate cog for over a decade, I decided to become a freelance translator and writer and work from home.

It was a liberating decision because it made me realize that I no longer had to live in Tokyo. As long as I had my pocket WiFi with me, and at least one bar of connectivity on its screen, I could base myself anywhere between Hokkaido and Okinawa.

In my early twenties, I would never have considered leaving Tokyo. I was having too much fun socializing with friends. However, as a 40-something with an increasing curiosity in nature, the prospect of leaving the metropolis had frankly become very attractive.

But where could I go? There are 46 other prefectures after all. Maybe I should just throw a dart at a map and let destiny take its course?

Then it all fell into place. A JAPAN Forward article I wrote in July 2020 took me to Gunma Prefecture, which is about 100 km northwest of Tokyo. The journey led me via a quaint town called Shimonita, in western Gunma, and that was it.

As soon as I stepped off the train at Shimonita station, I was mesmerized by the town’s charm and surrounding mountain scenery. I knew instantly that I would be moving there.

I asked some locals about the property situation in Shimonita, and quickly discovered a place twice the size and half the price of my old Tokyo home. I moved in about four weeks later.

Are there any drawbacks to living here? Of course, hardly anywhere is perfect. Being nowhere near a major airport will be a hassle in the future when I want to fly to the U.K. to see relatives, and the local professional soccer team Thespakusatsu Gunma loses far too many games. But, overall, I have no regrets about the move.

My story is not that unique, though. The pandemic and an increased focus on remote working has meant that people all over the world are switching from capital cities to the countryside.

The trend is likely to continue until the pandemic fades out. Moreover, if remote working remains common after COVID-19, then perhaps people will keep exiting capital cities throughout the “roaring twenties” and beyond?

My tale is not that unique for Shimonita either. Shingo Akuzawa, 37, recently moved to the town from Tokyo to set up his stylish curry restaurant Shimonhood, which specializes in spicy curry and sophisticated coffee.

Akuzawa worked in magazine editing in Tokyo for about 10 years, before moving to Shimonita to offer spicy curry — something that has become popular in Tokyo in recent years — to the local community.

However, it is not just the local community who enjoy the food at Shimonhood. People visit from neighboring prefectures such as Nagano to eat Akuzawa’s new-wave spicy cuisine.

There is one more reason why I moved to Gunma. My Japanese grandfather, Koshiro Chujo, was born and raised in the prefecture.

I’ve always wanted to find out more about my grandfather’s life, partly because he ended up in Japan’s “Who’s Who” — after rising quite high within a major Japanese film company.

Ideally, I’m hoping to track down a distant relative in Gunma who either knew or heard anecdotes about my grandfather. But perhaps this mission can wait until the pandemic finally calms down.