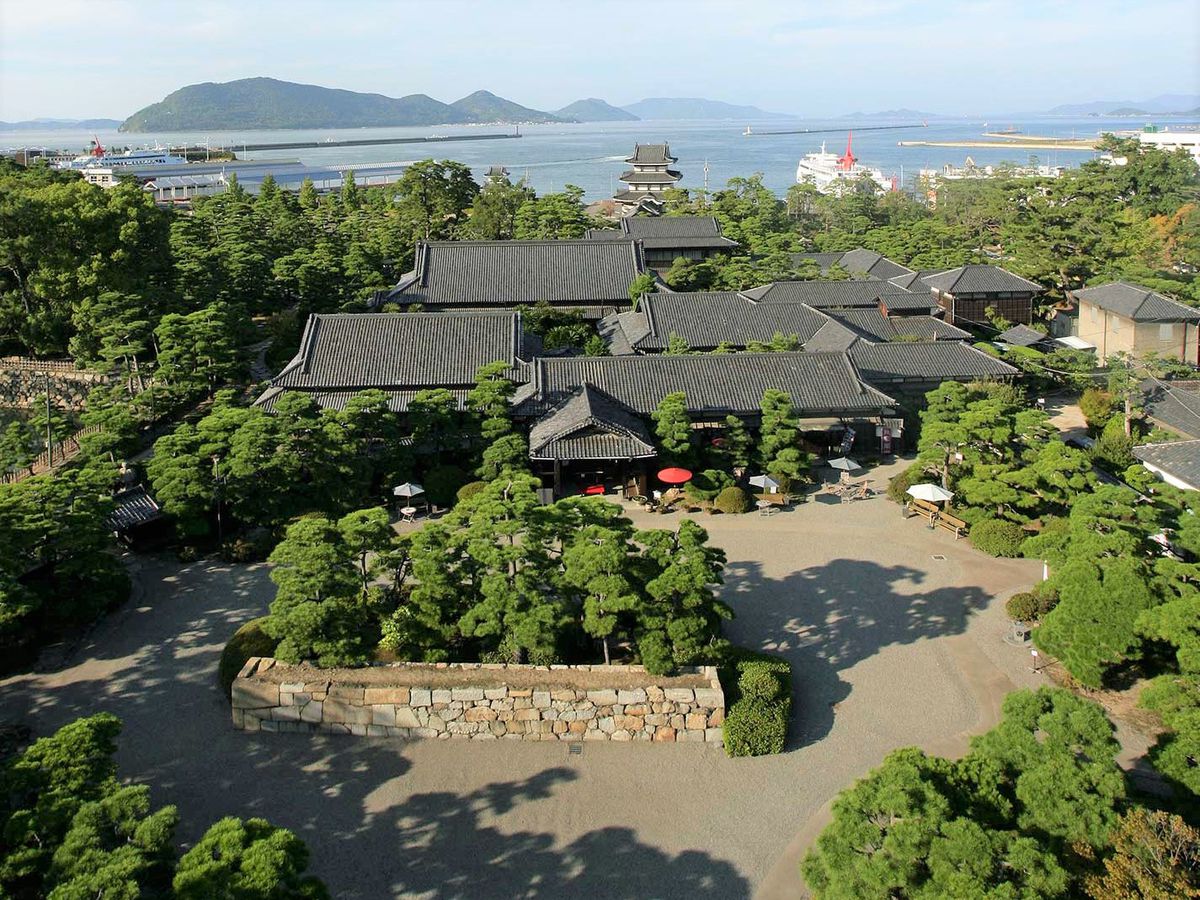 Takamatsu Castle grounds in Tamamo Park, the venue for a novel fusion of Noh and Circus.

A rare theatrical performance combining modern circus and traditional Noh theater will be held on the grounds of an ancient castle starting December 10, 2021.

The play “Hanagoromo” will be performed for three days amid the centuries-old remains of Takamatsu Castle in Tamamo Park (Shikoku Island, Kagawa Prefecture), combining the artful techniques of modern circus with the rigid traditions of Noh theater. Audiences will move throughout the venue during the performance, watching the story unfold from multiple locations.

"Circus performances communicate both the fragility and the greatness of the human body," said Michiko Tanaka, representative director of the Setouchi Circus Factory, which is organizing the event.

She added that "because of the Great East Japan Earthquake and the recent COVID-19 pandemic, Japanese society is faced with the boundary between life and death like never before. Through this performance we hope that audiences will feel a sense of joy and gratitude for their lives."

Wandering Through The Stage

Hanagoromo is based on the classic Noh play Hagoromo. The entire buildings, including the entrance and the gardens, will be part of the stage, and audiences will be divided into groups of about 30 people to take in the performance while walking through the venue.

Circus art techniques such as unicycles, cyr wheels, and aerial performances will be showcased, and the final act will come as a Noh performance at Daishoin, the grand guest hall of the castle complex.

The unique staging will include items that change their form as audiences enter and exit the venue, hinting at the world view of Nogaku, which finds beauty in the fleeting.

The Noh performance will be supervised by Minoru Umewaka, a living national treasure and head of the Noh group Umewakakai. The “shite” leading role will be performed by Noh actress Yoko Layer from Takamatsu City.

The music accompanying the stage will be early music performed with ancient European instruments. The flauto traverso, or baroque flute, a woodwind instrument and precursor of the modern flute, will be played by Toshiyuki Shibata from Takamatsu City, a baroque flute player and artistic director of the Takamatsu International Early Music Festival. He will be joined by Hiroshi Kogure, a player of the theorbo [an enormous 14 string lute], a plucked string instrument.

Tanaka, the representative director of the Setouchi Circus Factory, originally worked in the business department of a newspaper. Then she left the company and went to France to become an expert in contemporary circus.

She moved to Kagawa Prefecture after being involved in the management of the first Setouchi Triennale in 2010, and founded the Setouchi Circus Factory in 2011. She currently bases her training in a former elementary school gymnasium in Mitoyo City in the prefecture.

Born in France in the 1970s, the modern circus is a performing art with a storyline, centering on circus techniques such as tightrope walking and trapeze, while incorporating dance and theatrical elements.

"I wanted to introduce unique and intricate cultures that are not found in Tokyo, directly from rural areas to international audiences,” she said.

“Kagawa has its own folk entertainments rooted in the daily life of locals, such as rural Kabuki and shishimai dancing. I based activities here when I saw that it was a birthplace of Japanese culture," Tanaka added.

She said that she wants to help Japan return to a time when “culture was wrapped into people’s everyday lives.”

"We would like to collaborate with industries that are not normally directly connected to the performing arts, such as construction, ironworks, and education. We aim to create a circus that people want to include in broad sections of society, including product development, the training of skilled craftsmen, and children’s education,” she explained.

Domestic artists are starting to move to Kagawa, taking advantage of the situation created by the COVID-19 pandemic.

"The groundwork is being laid for a place where artists can create as part of their daily lives. Awareness of the modern circus is also increasing in Kagawa,” Tanaka extolled. “I hope it becomes part of the local culture, something the residents feel attached to and are proud of."