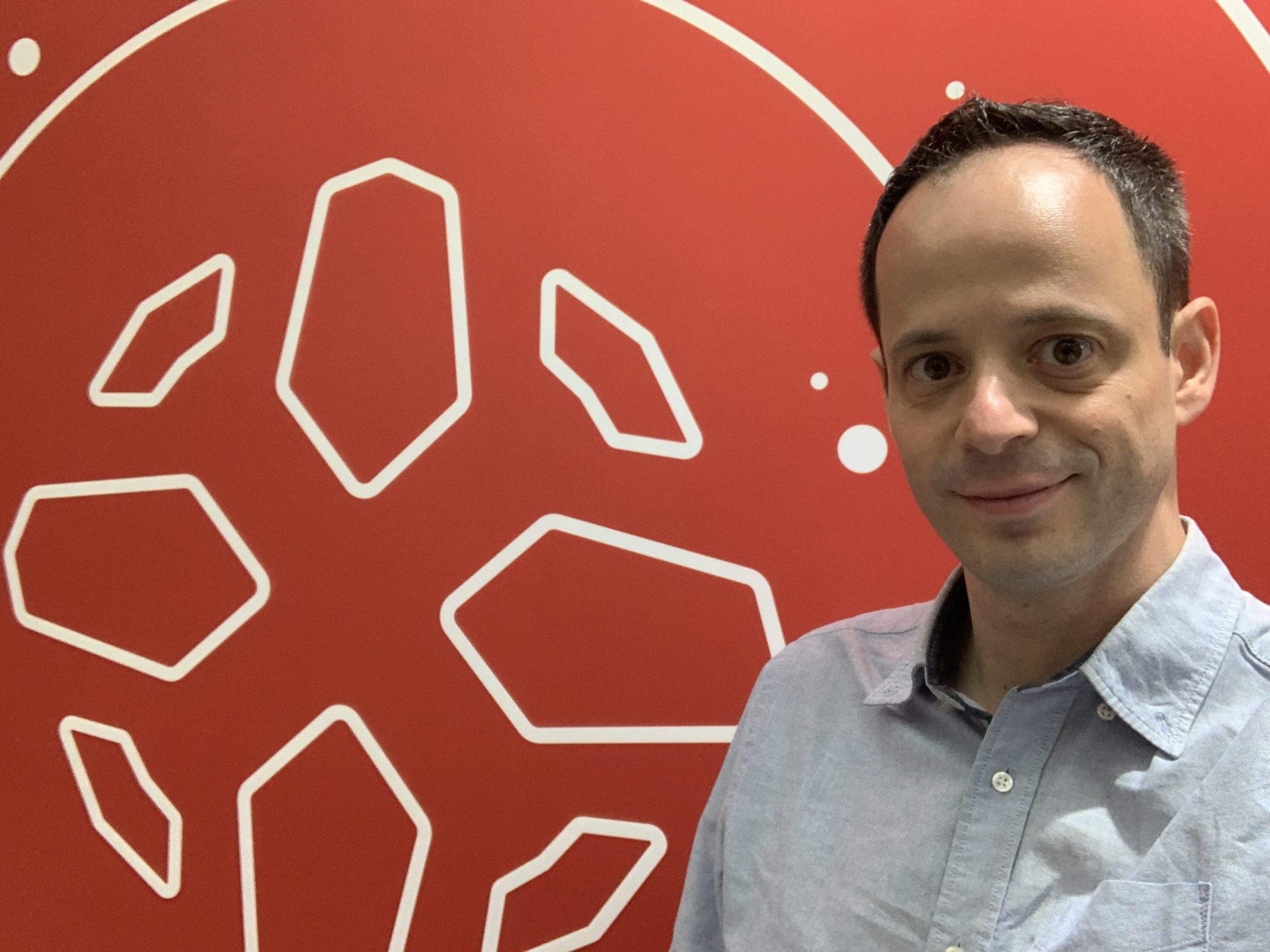 One of the things I love about working in media is that no two days are ever the same. The unexpected is the only constant, and fresh challenges are always ready and waiting to tax me. Maybe it’s the gamer in me, but I love having new puzzles to solve — and the incredible feeling of achievement when I do.

I feel most comfortable outside of my comfort zone. That’s probably why I left my home in London for new adventures in Japan in 2006, and how, 10 years later, I somehow found myself as chief editor of the Japanese language entertainment news site IGN Japan.

For the uninitiated, IGN is the world’s largest videogame and entertainment news site, with a 254-million-strong audience reading and watching in 112 countries and 25 languages. The English-language site launched in the United States in 1996.

Back before we launched IGN Japan in 2016, the vast majority of my written and editorial output had been in English — all the way back to my first published music reviews in 1999. Sure, I had used Japanese in my work, reporting on Japanese music, videogames, and pop culture for publications from The Japan Times to The Guardian to sites run by MTV and CNN and Vice. I also spent a brief spell at the first-party PlayStation developer Japan Studio.

Sure, IGN is a Western brand for which I was already occasionally writing articles anyway. But at IGN Japan, we publish almost solely in Japanese, and for a Japanese audience, and operated by a Japanese company (Sankei Digital, which is a subsidiary of newspaper company The Sankei Shimbun), which has meant all kinds of cultural challenges on top of the regular ones.

As chief editor, my attention is divided by an impossible number of things, from daily tasks like publishing new content, solving sudden urgent problems, and helping out with production of video content, to dealing with game publishers, PR agents, and our global partners at IGN. And, of course, overseeing Important Projects and budget stuff that keep the lights on.

As a global publication, it’s always daytime somewhere, and my email inbox and half a dozen messenger apps light up non-stop day and night. If that sounds stressful or horrendously busy, yes, it is — and that’s how I like it!

This column is the first in a series in which I plan to talk a little about my day-to-day experience running a Japanese-language news site — a little peek behind the curtain that shrouds my somewhat unusual job. Since our site covers videogames, movies, and other elements of pop culture, I’ll sometimes share my perspective on those things. But I’ll also give a more general view of what it’s like to work in Japan, at a large Japanese company, and at a time when telework is presenting Japanese companies with new challenges of their own.

Now that the introduction is out of the way and we’re all fast friends, I’d like to kick things off with a look back at the somewhat intense month that was February 2021. With only 28 days, February is supposed to be a short month, but it sure hasn’t felt like it!

Game of the Month

We have a series called IGN First, in which we pick one game to focus on through a whole month of special features that are published on all of IGN’s global editions. It’s a bit like a magazine cover feature: Monthly game magazines usually feature the strongest game that month on their cover, with a longform feature or series of features filling page after page with the latest detailed information.

In a similar fashion, IGN First allows us to take a super-deep dive into one upcoming game and carry world-exclusive articles and videos throughout the month. I used to work in print (yes, I’m old), so IGN First feels very much like a welcome link to the past for me.

February 2021’s IGN First was focused on Monster Hunter Rise, which is the latest entry in Capcom’s wildly successful Monster Hunter franchise. This series is popular around the world, but it holds a special place in the hearts of Japanese gamers as one of Japan’s biggest videogame franchises for more than a decade. So, for February’s IGN First coverage, it was decided that IGN Japan would lead the charge, preparing the majority of the content in both Japanese and English.

What this meant in practice was sending a team (including myself) from Tokyo to Capcom’s HQ in Osaka, to play a new chunk of the game, capture the gameplay footage for use in multiple videos, and interview the director, Yasunori Ichinose.

This would be straightforward enough, but since we were creating videos for a global audience as well as a domestic one, all of the video capture had to be done twice — once in Japanese, and then again in English. This meant that our team’s Hiroshi Noguchi — who is not only our video lead but also our top Monster Hunter fan — had to battle the same gigantic monster multiple times for hours on end. Plus he had to keep up the same perfect performance, because our viewers don’t hold back their criticism if we play badly. The funny thing was that when the videos were published, viewers commented that the guy playing in IGN Japan’s video was way better than the guy playing in IGN U.S.’s video — without realizing that it was the same person!

Anyway, creating all of this Monster Hunter coverage — roughly 10 articles and videos in each language, so about 20 pieces of content in total — allowed us to work closely with our friends in the United States editorial team, which is a major perk of being part of a global media outlet: so many talented people, all around the world, and all experts in their mega-nerdy field.

We actually hosted a panel a few months on this subject as part of the PAX Online 2020 gaming festival, with editors from IGN Japan, the U.K., Israel, Middle East, Brazil, and Italy discussing the similarities and differences in the gaming communities in each country. PAX later added the video to their YouTube channel — well worth a look if you’re interested in those kinds of cultural insights.

A Month of Surprises

Sometimes the daily madness of running a busy news site means your carefully laid plans are demolished, bulldozed and exploded at a moment’s notice, and you are left scrambling to cover a surprise announcement.

In February we had loads of these moments — most notably when Nintendo unexpectedly decided to resurrect its Nintendo Direct series of showcase videos, with a 50-minute livestream that began at 7 AM Japan time on the 18th and included some 30-odd new game announcements.

It’s wonderful to see so many exciting new games all announced at once, but it also meant suddenly having to organize a team to write news articles on the announcements in real time, a livestream crew for same-day reactions, and a set of videos focusing on the most anticipated titles, which for us were The Legend of Zelda: Skyward Sword HD, Splatoon 3 and a wonderful new Crayon Shin-Chan game.

As part of the video team, I barely left my desk from 7 AM through till late at night. Happily, the pain in my backside and my strained eyes were offset by the awesome reaction from our viewers — but every single email anyone sent me that day got a very late reply.

This kind of thing is not uncommon at all at a news outlet like ours. A week later we repeated the process for similar online presentations from PlayStation and Pokémon. There’s always something new to sink our teeth into, and that’s how we like it.

How We Work in the COVID Era

By the way, did I mention that we’re doing all of this from home? While Tokyo has not had any formal lockdowns in the wake of the COVID-19 pandemic, since March 2020 our team has been mostly working remotely.

Japan has been generally slow to adopt telework, so the pandemic has been a painful but necessary catalyst for many companies here. Luckily, our team was already accustomed to working remotely — covering major overseas game expos and so on — and also we gamers are naturally pretty good with digital communication tools, so the transition has generally been fine for us.

At IGN Japan, we publish a lot of discussion videos and gameplay livestreams, and working out how to produce these remotely gave us a headache last spring. We had a whole new batch of problems to solve, but as I mentioned, I enjoy that and, through a great deal of learning, we were able to maintain our output without ever missing a single episode of our regular shows. I feel extremely grateful to be able to work safely when I know that so many are struggling.

So that was February, and the end of this month’s column. I rarely write about myself, so I hope this hasn’t come off as self-indulgent. Over the following months, I hope I can offer a glimpse of life in Japan and life in entertainment media, and maybe even leave you with a few new games, movies, or bands to check out.

Till next month! Stay safe!