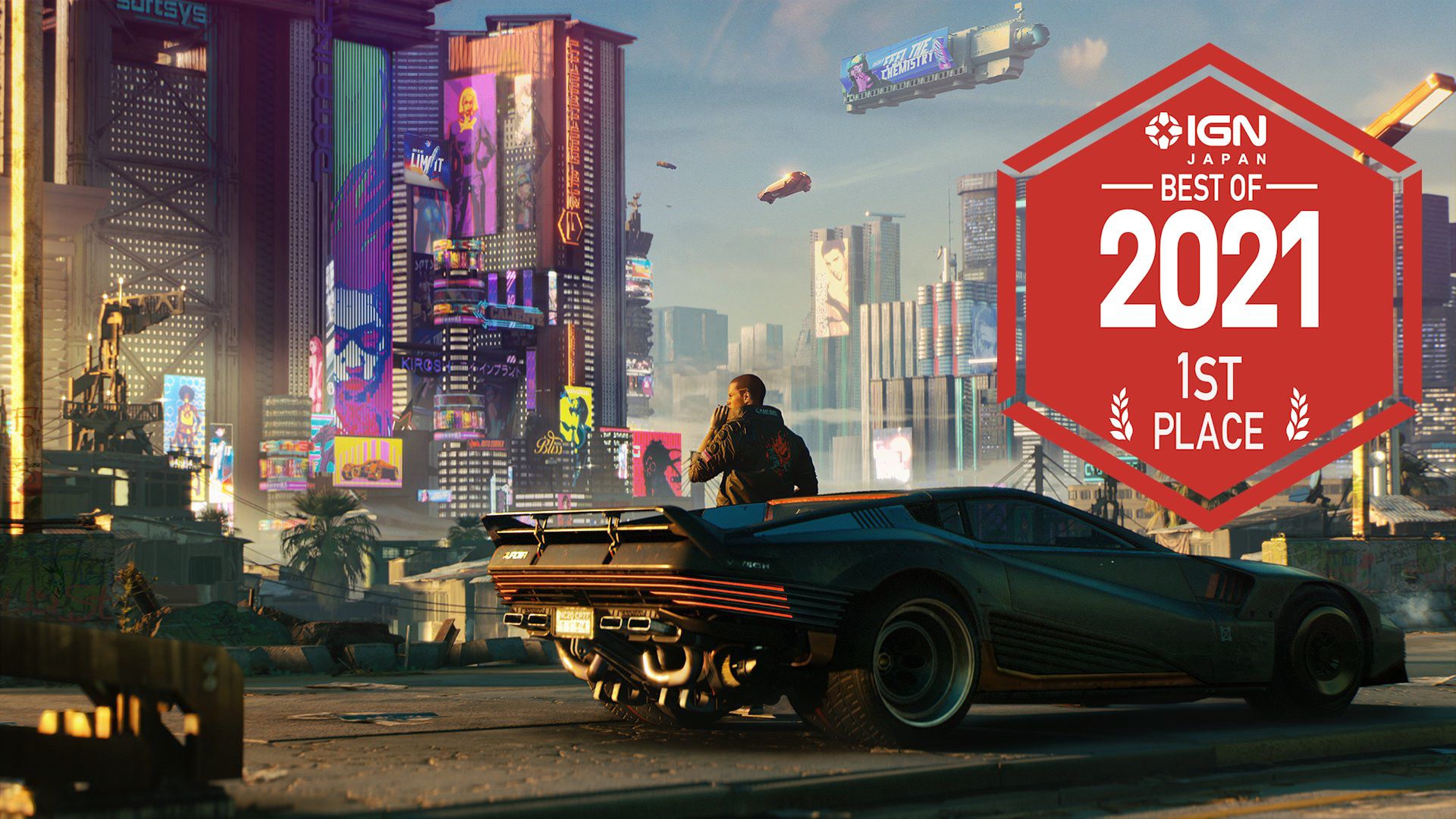 Well, there goes 2021. As we reach the end of another year, my team at videogame and movie news site IGN Japan are focused on preparing a raft of coverage looking back over the past 12 months — and ahead to the next.

Game of the Year — or GOTY, as many outlets call it — is a chance to take stock of the year while praising some of the games that defined it. IGN Japan’s GOTY Top 10 ranking and related category awards are compiled and voted for by our editorial team and many of our freelance contributors, with a weighted points system that places extra priority on games that place highest in each voter’s list. So, a game that has been chosen as No.1 by a particular editor counts more than their No.2, and so on.

Once all the votes have been cast and the totals combined, the core editorial team then begins a gladiatorial process of arguing over how to deal with close calls and ties, before we emerge, bloodied, with a complete ranking.

Further complicating the issue is that, like many other publications, we publish our GOTY list before the end of the year. In 2021, we published it on December 10. That means the actual eligibility period is not simply the same as the calendar year: We based our GOTY 2021 on games that were released in Japan between December 1, 2020, and November 30, 2021. Traditionally, all of the major holiday releases would come in November anyway, and so all the main contenders would be eligible for that year’s Game of the Year.

However, the effects of the COVID-19 pandemic have led to delayed releases for many of the more ambitious games, and this has played havoc with our GOTY award system.

For example, Microsoft’s long-awaited Halo Infinite was finally released for Xbox and PC — after a 12-month delay — on December 8, a week after our eligibility period ended. Its multiplayer mode was actually released separately three weeks earlier, but technically as a beta, so that was ineligible too.

Would Halo Infinite have won IGN Japan’s Game of the Year if it had been eligible for nomination? The game is excellent, but the series is relatively niche in Japan, so it’s hard to tell. Either way, we’ll have to wait till GOTY 2022 to find out.

We ended up selecting the PC version of Cyberpunk 2077 from The Witcher developer CD Projekt Red as our GOTY for 2021. It’s a game that plunges players into a sprawling futuristic Blade Runner-esque city filled with violence and beauty, with an involved RPG system that offers a huge amount of choice and depth of play.

However, this result came with some controversy. For one thing, the game was released at the tail end of 2020, not 2021, but it fell within the voting period. Also, the game was widely and heavily criticized at its launch for being riddled with bugs on all platforms.

The PlayStation 4 version was deemed so bad that Sony removed it from sale on the PlayStation store for several months until it had been sufficiently updated. On PC, though, the game ran smoothly enough for many players after a few patches, and the highly immersive open world of Night City and its engrossing story (co-starring Keanu Reeves) touched a great many of IGN Japan’s editors and writers. And so we took the unprecedented move of nominating just the PC version of the game, not the problematic console versions, and that is what took the No.1 spot on our ranking.

At the time of writing, IGN Japan appears to be the only gaming site in the world to have chosen Cyberpunk 2077 as our Game of the Year this year. Forbes even wrote an article analyzing our brazen choice.

I must admit, I was braced for a biting backlash from our readers, but actually the comments have been overwhelmingly supportive. Many players are saying they felt the game was unfairly harshly appraised upon its release because of its poor performance on older hardware such as the PS4 and Xbox One.

Of course, we also received comments from players who felt bitter about Cyberpunk 2077. After all, in Japan, the majority of the audience will have played that game on PS4, not PC or PS5, since PS4 has by far the biggest market share. I feel their pain, and the decision was difficult, but in the end the honest opinion of our team was that despite its messy launch, Cyberpunk 2077 on PC was a phenomenal game.

There were lots of other strong titles in our Top 10 and other award categories.

Nintendo’s instant classic Metroid Dread placed at No.2. EA’s fantastic co-op game, It Takes Two, placed third, while Monster Hunter: Rise, and Forza Horizon 5, were No.4 and No.5.

Many of these games were picked by other outlets as their top game of 2021. For example, IGN US chose Forza Horizon 5, while The Game Awards selected It Takes Two, which only goes to show that 2021 was a mixed year for game releases.

While previous years have sometimes seen zeitgeist titles such as 2017’s The Legend of Zelda: Breath of the Wild sweep the board, the diverse selection of very good games this year coupled with the lack of one super-strong worldwide-smash killer title made for a variety of different outcomes. And that in itself is pretty cool.

As for me? Cyberpunk was No.2 on my personal Game of the Year list, but in first place I selected Marvel’s Guardians of the Galaxy.

Developer Eidos Montreal did an incredible job of recreating the humor of the Guardians comics and movies, with an excellently voice-acted script that is frequently hilarious, and presented a rich variety of colorful characters and inventive sci-fi locations with striking visual design and a fun ’80s pop soundtrack, all of which was right up my alley.

As I write this, we are in the middle of compiling our movie and TV show rankings for 2021, along with our list of most anticipated games for 2022. This means even more volcanic discussions among our passionate team members.

Seeing the reaction from our readers is part of the fun, so I can’t wait until these are published too. We’ll also be revealing many of our individual contributors’ Top 10s over the holidays, including my own, so there’s no rest for us just yet.

2021 was not the year of full recovery we had all hoped it would be, and there have been tough times for all of us. Wherever you are, well done for making it through intact. I hope you get to enjoy a decent break, and maybe even some time to catch up on a few videogames — you’re sure to find some gems you missed on IGN Japan’s (and other publications’) GOTY lists.