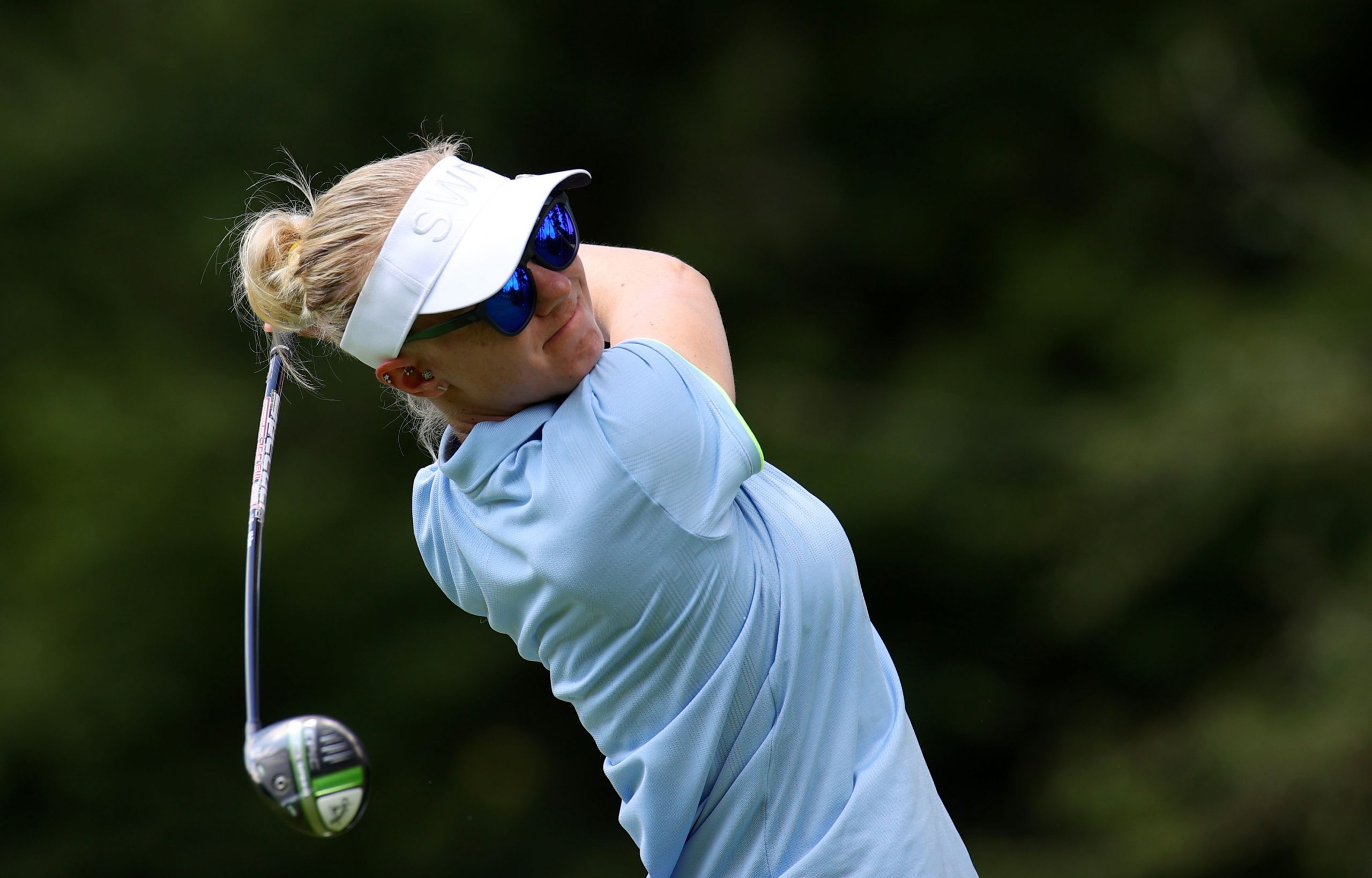 Sweden's Madelene Sagstrom competes in the opening round of the Olympic women's golf tournament at Kasumigaseki Country Club in Kawagoe, Saitama Prefecture, on August 4. (REUTERS/Murad Sezer)

Sweden’s Madelene Sagstrom beat the heat to shoot a 5-under-par 66 on Wednesday, August 4 and take a one-stroke lead after the first round of the women’s golf tournament at the Tokyo Olympics.

Sagstrom closed out with a three-foot par putt on 18 to finish one stroke ahead of American Nelly Korda and India’s Aditi Ashok who both shot 67s.

As with the men’s tournament, which finished on Sunday, temperatures were scorching and reached a high of 34 degrees Celsius on Wednesday.

It’s hot, I’m not going to lie. It’s very hot,” Sagstrom said, according to The Associated Press. “But it’s manageable. Most of us have been in Asia, played a lot of golf over here, so we know what to do. You drink a lot of water, you have cooling towels, umbrella, just maintaining the energy and not go crazy. I think at this point it’s harder for the caddies than it is for the players.”

Sagstrom got off to a strong start when her chip from the side of the green went into the hole for a birdie on the par-4 first hole. She added three more birdies before the turn and one on the back nine in a bogey-free round at Kasumigaseki Country Club in Kawagoe, Saitama Prefecture.

The 28-year-old Sagstrom has only one win on the LPGA Tour, a one-stroke victory over Japan’s Nasa Hataoka at the January 2020 Gainbridge LPGA in Boca Raton, Florida.

Korda offset two bogeys with six birdies to finish tied with Ashok, who had five birdies and a bogey.

Matilda Castren of Finland fired a 68 and was tied for fourth with South Korea’s Jin Young Ko and Spain’s Carlota Ciganda.

Defending Olympic champion Inbee Park of South Korea was three strokes off the pace and tied for seventh after a 69. Park, who has said this will likely be her last Olympics, birdied three of her first six holes but then missed several birdie chances. Her only bogey came on the 18th.

Hataoka and Mone Inami were tied for 16th after both Japanese players shot 1-under 70.

New Zealand’s Lydia Ko, who won the silver medal in Rio, was also in a large group of golfers to shoot 70.

Yuka Saso, who won the U.S. Open in June in a playoff against Hataoka, struggled with her game and had to settle for a 74 that included five bogies and a lone birdie.

Saso is the daughter of a Filipina mother and Japanese father and is representing the Philippines at the Olympics. Rio Olympics bronze medalist Shanshan Feng also had a rough outing and finished with a 74.