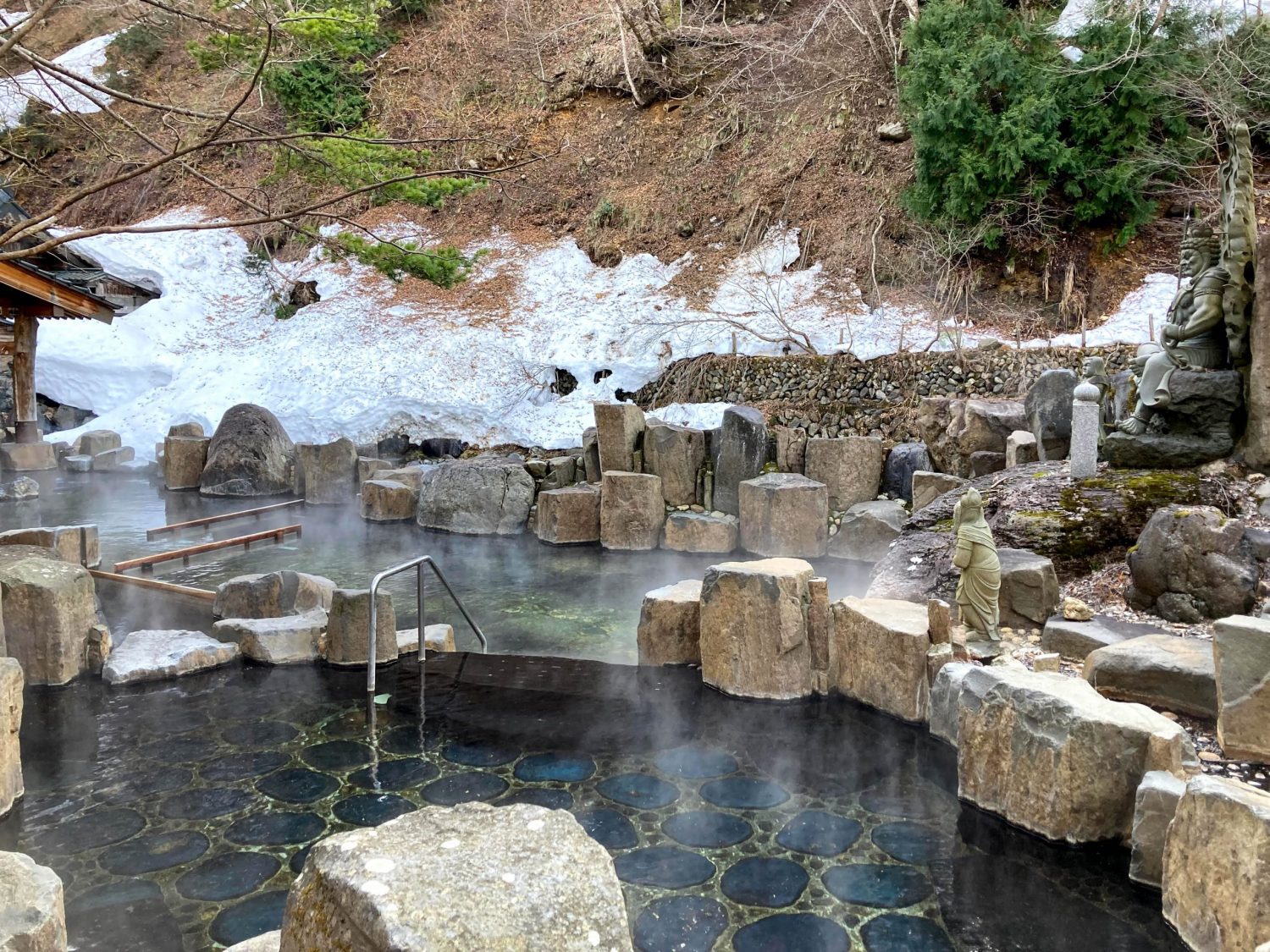 With the COVID-19 pandemic still simmering in Japan, it continues to be important to restrict our movement and activities. However, there are large swaths of the country that have been hit hard by the lack of foreign visitors and are hurting tourism dollars. Plus, since crowds are relatively low, now is a more tempting time than ever to see more of Japan.

After Tokyo’s second State of Emergency was lifted on March 21st, a friend and I decided to get out of the city, but we wanted to do it relatively safely, avoiding the crowds by traveling during the week and staying near Tokyo to maximize our time and money. And so it was that we planned a trip to Gunma, one of the nearby prefectures in the Kanto region.

Most foreigners have probably never heard of Gunma, and when I mentioned to Japanese friends where I was going, their reaction was always “Why?”

Prior to the trip, I was aware that Gunma was a mountainous region that is a bit inaka, or countryside, with countless hot springs, and only a two-hour journey from Tokyo. Still, we weren’t completely sure what to expect. What we found was a region rich in natural beauty and full of friendly people willing to share their bounty with visitors.

Stepping out of the train at humble Doai Station in Minakami, I was shocked to find snow blanketing the ground. It was clear that we had left the city far behind.

The feeling that we were townies bumbling about the countryside continued as we checked into the Tenjin Lodge and were greeted by a friendly border collie. Later on, we chatted with owner Kieren McNamara over beers by the cheerful wood-burning stove.

“This health crisis has been brutal for hospitality businesses like us, along with tourism destinations like Minakami. That said, I consider us lucky to be in Japan where the government has been sensible and reasonable in their approach,” McNamara told us.

“It could be a lot worse and when this bug has run its course, Minakami will still be a friendly and welcoming mountain town with stunning natural beauty, four seasons of things to do, a host of dynamic outdoor tour operators and wonderful onsens. We’ll hopefully still be around too, with a few freshly renovated rooms!”

Four seasons of things to do is certainly right. In addition to world-class skiing and snowboarding, one can go hiking, mountain biking, and rafting once the snow melts in the spring.

Tokyoites will revel in the cooler summer temperatures, and in autumn, the mountainsides burst into flame when the large diversity of deciduous trees show off their fall colors.

One of the best ways to take in the beautiful views is by riding the Tanigawadake Ropeway up Mt. Tanigawadake. At the top is Tanigawadake Tenjindaira, a small ski resort with one of the longest ski seasons in Japan, beginning in early December and lingering all the way to May.

While the majority of the folks we encountered were heading for the slopes, we marveled at the breathtaking panoramic views from the restaurant instead. One enterprising ropeway employee was creating miniature snow people and animals, set up in a cute display to entertain guests. He took a liking to my friend and I, and gave us a souvenir of the mountain, a tiny snowman that accompanied us back down the ropeway.

Our main goal for Gunma was to soak in one of the region’s many onsens, and in Minakami, we found one of the largest and best outdoor hot springs in the country: Takaragawa Onsen. Located deep in the mountains, this onsen is best accessed by car, or via an infrequent local bus.

The main attraction at Takaragawa is the four large outdoor baths, located in a gorgeous mountain valley beside a rushing river. Unusually, three of these baths are mixed-gender, and the fourth is for ladies only.

Originally, all onsen used to be mixed-gender, but since the Meiji Restoration, separated baths have become the norm. While still allowed in most of the country, mixed bathing has become rare in Japan. If the idea of visiting a mixed-gender onsen makes you uncomfortable, Takaragawa Onsen literally has you covered, as the onsen provides bathing costumes for guests, included in the cost of admission.

After four years in Japan, I’ve been to my fair share of hot springs, but none quite as spectacular as this one. Relaxing in a large, sulphuric bath in the open air, with a view of a river and snowy mountainside is the ideal onsen experience, and just what I needed to feel rejuvenated from the stress of city living.

There were other guests, mostly couples and families, but one could spread out and social distance quite easily and still find serenity.

That evening in Minakami, we stopped for dinner at Daruma, a local institution run by the elderly Sato-San. Daruma is a quintessential izakaya, or Japanese pub, and every inch of it is packed with character, from the faded photographs on the walls to the shelves behind the bar, sagging under the weight of the four massive wooden daruma dolls that the restaurant is named for.

We were the only customers, and were treated with a good deal of inaka kindness and generosity. We ordered the specialties as recommended by McNamara: sashimi (sliced raw fish), niku jaga (stewed meat and potatoes), and karaage (Japanese fried chicken). The portions of each were huge, far bigger than you would find in any city establishment. The fish was fresh, the meat juicy, and the sake filled to the brim. I personally am a huge fan of karaage, and this was hands-down the best I’ve ever had.

As we gathered our things to go, suddenly, Sato-san appeared at the door, a set of car keys jingling in his hand. Although the station was only a 10 minute walk away, he insisted on driving us, leaving the restaurant unlocked. Talk about local hospitality!

In only a few days, we were able to experience traditional Japanese culture, marvel at the majestic beauty of the area, and have some memorable encounters with the people that call Gunma home.

Right now, it’s a rather good time to ensure that these people and establishments can continue to survive until the return of the tourists, provided that you employ the necessary safety measures and travel smartly. Your efforts will be surely rewarded by the adventures you have and the people you meet along the way.