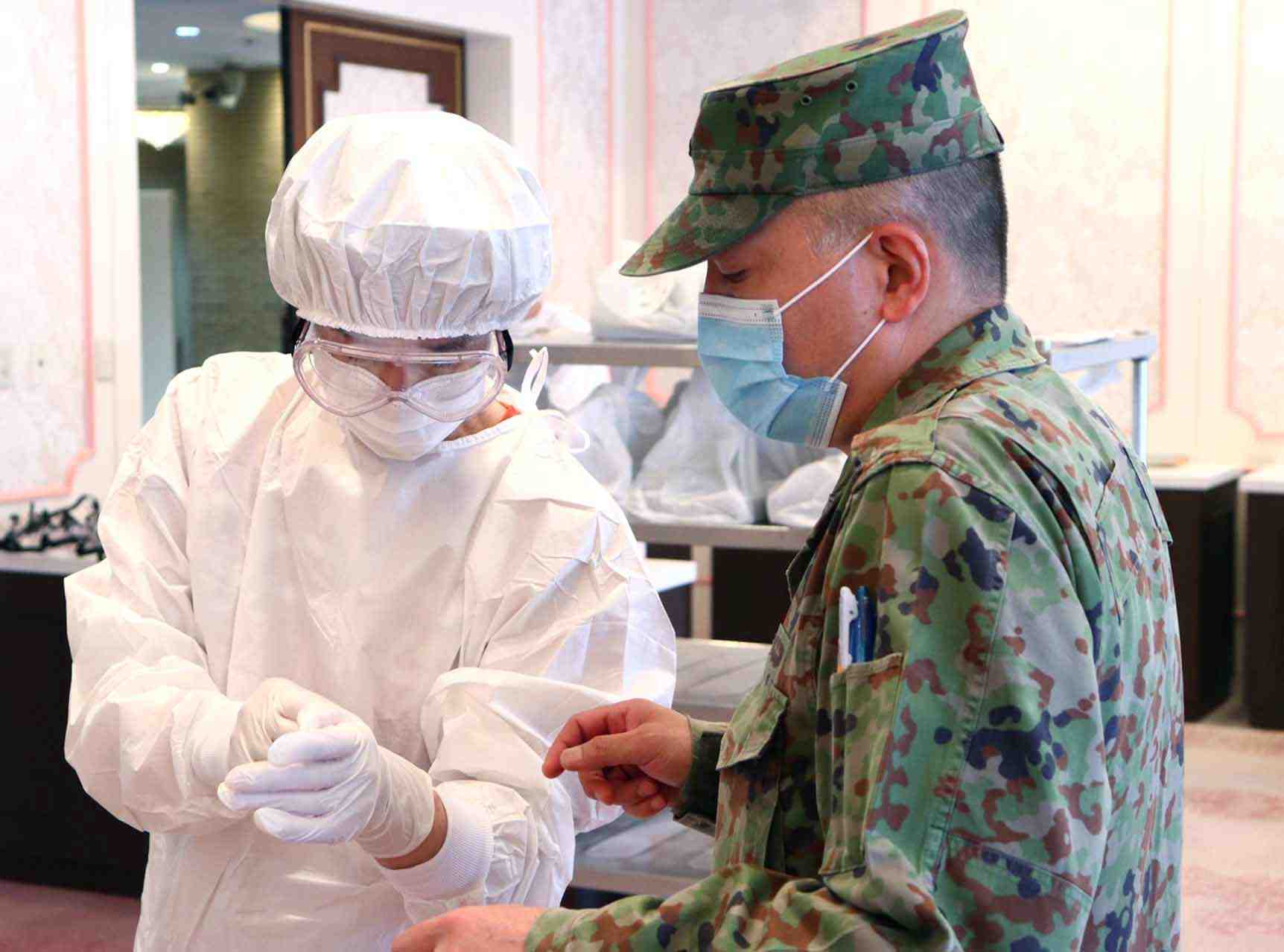 Japan's Self Defense Force has played a key role in the treatment of COVID-19 patients and in Japan's vaccination initiative in a different kind of silent war.

A thoughtful article in Asia Nikkei the other day called for Japan to disavow pacifism and step up defense-wise. The authors are correct on the second point – Japan does need to get serious about its defense, and fast. But Japan doesn’t need to disavow ‘pacifism’.

Why’s that? Post-war Japan has never been pacifist.

To the extent some people claim otherwise, Japanese pacifism has always been a curious sort of pacifism.

You see, while certain Japanese sometimes preen that Japan is a peace-loving nation, they are also glad to have American forces close at hand to slaughter anyone threatening Japan. Some pacifism.

Not wanting to start a war – which describes nearly all Japanese (if not most civilized humans) is not the same as being unwilling to defend oneself as a matter of principle.

The general Japanese public rightly developed a dislike of wars of conquest after the horrific experiences of the 1930’s and 1940’s – brought about by a nasty militarist government: 3 million dead, Japanese cities in ashes, starvation, and foreign occupation.

This writer’s Japanese friend had three aunts. All were married. All husbands killed in the war. And that was nothing unusual.

But despite this history, the Japanese public at large is supportive of defense.

Note how Japan Self-Defense Force (JSDF) 'open base' days, military ceremonies and exhibitions such as the Fuji Firepower demonstration in Japan are wildly popular and over-subscribed. ‘Open’ days for U.S. bases in Japan are equally popular.

The public at large (which still reads newspapers) understands the need for an upgraded defense and a more energetic defense policy – when matters are properly explained to them.

But Japanese governments have rarely, if ever, made the case – even in recent times.  The reasons? They are afraid of noisy anti-war, anti-American critics such as the Asahi Shimbun and a chunk of academia and the political opposition. And anyway, the Yankees will always take care of things.

Beyond the general public, it is also worth noting that a large slice of Japan’s ‘ruling’ and elite class regrets the war – but only the way it ended.  Go visit the museum at Yasukuni Shrine and it will put pacifist Japan in a different perspective.


But what about the Japanese Constitution?

Outsiders often claim it’s the constitution that enshrines Japanese ‘pacifism’ and prevents Japan from doing more defense-wise – and thus there is no point for Washington to even ask. So, let’s consider the constitutional provision behind Japanese supposed pacifism:


ARTICLE 9. (1) Aspiring sincerely to an international peace based on justice and order, the Japanese people forever renounce war as a sovereign right of the nation and the threat or use of force as means of settling international disputes.

(2) In order to accomplish the aim of the preceding paragraph, land, sea, and air forces, as well as other war potential, will never be maintained. The right of belligerency of the state will not be recognized.


The plain language is clear. Japan cannot have a military and will not fight. The wording almost suggests Japanese people should barely be allowed to have knives and forks.  One hardly blames the Americans in 1945 for writing the document the way they did.

However, the constitution has been interpreted (and reinterpreted) out of any possible connection to the original meaning.

Almost from the day it was written, Japan has always done whatever it feels it must do to defend itself, regardless of the constitution. It sent minesweepers to support U.S. and United Nations forces in the Korean War in 1950 – and suffered casualties.

Japan also built up a ‘self-defense’ force that is a real military – with an Army, Air Force, Navy and the weapons and hardware that come with it. By some measures, the JSDF is the 5th or 6th largest military in the world.

The Japanese constitution - that is often derided by the aforementioned ruling class as ‘the American imposed constitution’ - has become the go-to excuse for Japan to refuse to do anything it doesn’t feel like doing.

Dispatch the JSDF to the Persian Gulf to liberate Kuwait?  Sorry.  Kenpo.  How about a big check instead?

As long as the westerners think Japan is pacifist it gives an excuse for Tokyo to avoid doing things it doesn’t want to do. Sort of like a ‘Get Out of Jail Free’ card from the popular board game, Monopoly.

One hardly blames Japan’s leaders for using it. They still have the services of the world’s most powerful military and $25-$50 billion a year in free defense. That’s money to spend on other ‘vote getting’ things.

This charade worked for many years as it didn’t seem like there were any ‘real’ threats to Japan. So, for example, Russia and North Korea were of course troublesome, but not much more – as long as the Americans were around.

But times have changed. The People’s Republic of China (PRC) was not much to worry about 20 years ago. But it is now.

China is powerful and keen to teach the Japanese a lesson – and take back some ‘lost territories.’  And American forces are overstretched.

Japan’s ‘pacifist’ excuse for not properly addressing its national defense has reached its shelf life, both domestically and regionally. Today, an improved Japanese defense capability that operates more widely - especially in conjunction with the Quad and other partners - is more likely to reassure the rest of Asia than frighten it (China and the Koreas aside).

World War II ended 75 years ago - it's a different Asia and a different Japan. Indeed, today it is the PRC that is hell-bent on establishing its own version of the old Greater East Asia Co-Prosperity Sphere, and it is Japan that can help ensure a, yes, free and open Indo-Pacific.

As noted, Japan’s fungible ‘pacifism’ has been a luxury provided by someone else’s military. But, when it comes right down to it, Tokyo will do whatever it feels it needs to do to defend itself. It just never had that ‘feeling.’

Perhaps the U.S. government should realize this and offer some quiet, clear encouragement so Tokyo gets the ‘feeling.’