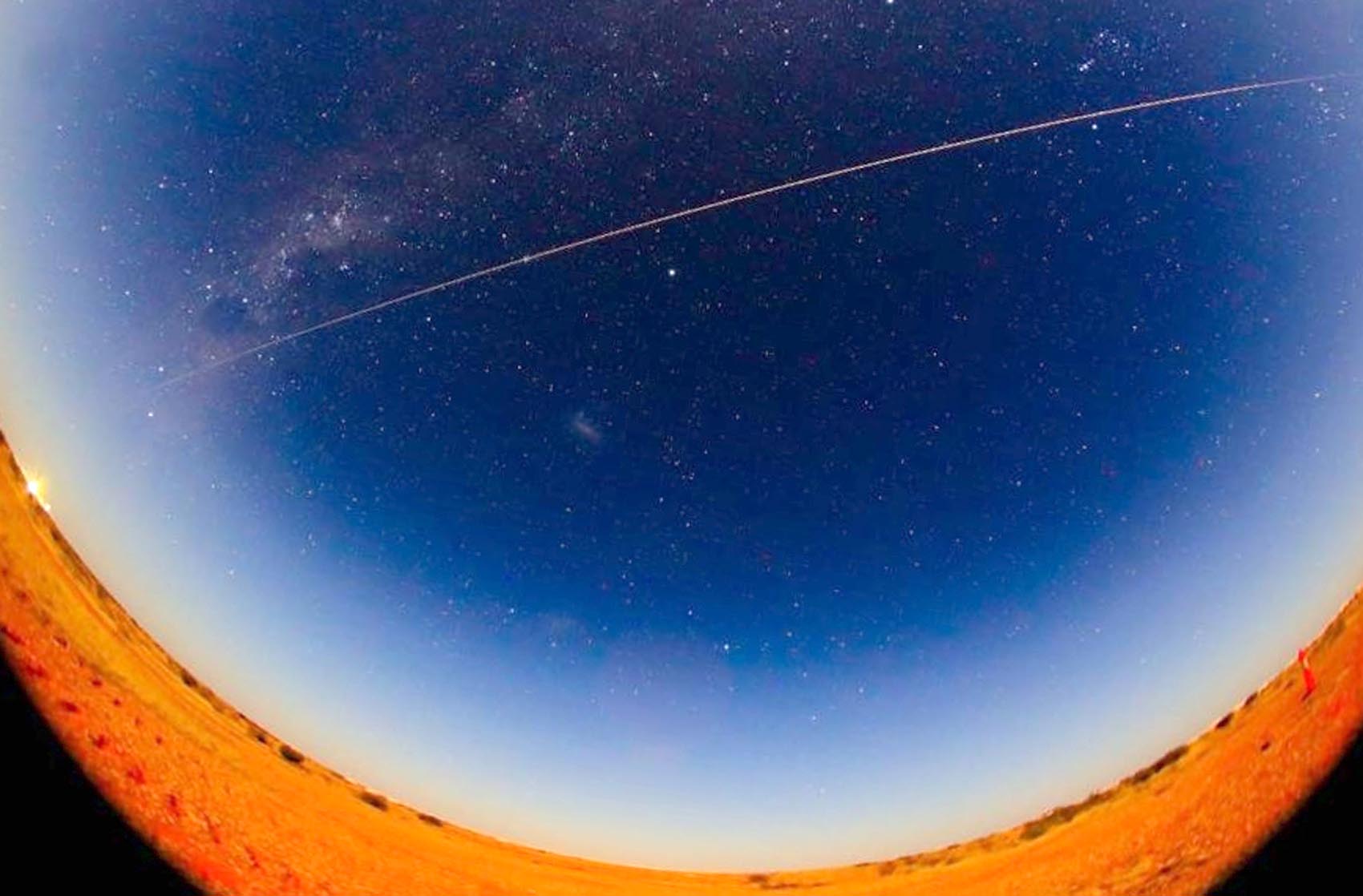 The capsule reentered Earth’s atmosphere around 2:30 A.M. JST on  December 6, producing a brilliant long fireball over Australia before landing as planned in Australia’s southern desert area called the Woomera Prohibited Area around 3:00 A.M. JST. JAXA (Japan Aerospace Exploration Agency) officials monitoring the reentry cheered when the fireball was observed and later said the capsule had been located by its team on-site. It was picked up a few hours later by helicopter.

The capsule is believed to contain materials from the asteroid Ryugyu that hold the hope of vastly increasing our understanding of the universe beyond earth’s own atmosphere.

The target landing area was a 100 square km area in Australia’s southern desert. Locating the capsule after landing required precise plotting and execution of every step in the reentry. The JAXA team set up five monitoring stations in the desert to triangulate the beacon signal on the capsule as it landed in the park, retrieving the capsule by helicopter shortly thereafter, around 5:00 A.M. JST.

Next,  the recovered capsule will be brought back to Japan, where it will finally be opened under laboratory conditions to learn whether it contains the hoped-for pristine samples from Ryugyu. According to JAXA, this will happen not earlier than December 8. 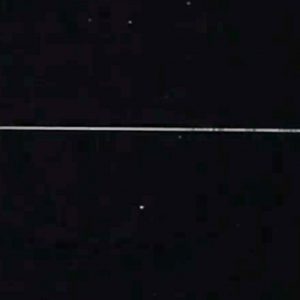 Capsule races acress the sky on its approach to Australia 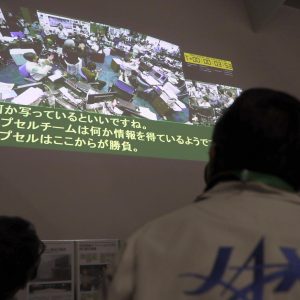 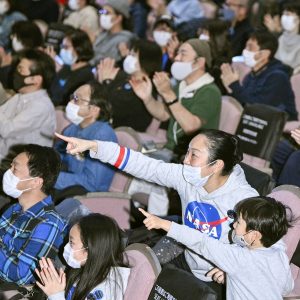 Sighting the capsule on its approach to landing 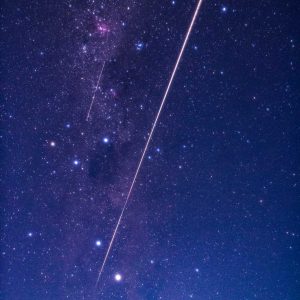 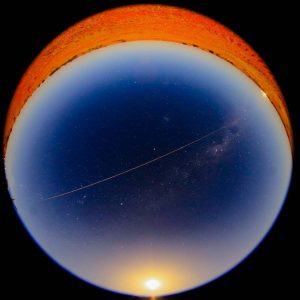 Capsule on its approach 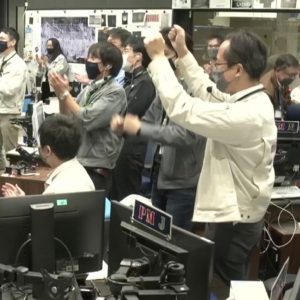 How Hayabusa2 Executed its Ryugu Mission: Ultra-high Temperature in Excess of 10,000 Degrees Celsius

Hayabusa2 was launched in December 2014 aboard an H2A rocket. On December 5, the probe separated above Earth from its re-entry capsule that is believed to contain invaluable samples from Ryugu. The probe continued on the same trajectory along with the capsule for an hour, then kicked in its final trajectory control maneuver to send the probe on a new course bypassing Earth, while the capsule continued on its path to landing in the southern desert of Australia in the early hours of December 6. The probe completed its trajectory modifications for the final phases flawlessly.

The next important phase was Hayabusa2’s attitude control at the moment of separating the re-entry capsule. The capsule was initially set to be traveling in the direction of the space probe, not in the direction of the landing place. It was therefore necessary for the probe to change its attitude substantially, just before the capsule’s separation, to ensure it headed for the landing site easily.

A high level of technical accuracy is required for these complex operations that must be done in an extremely narrow window of time. As an official of JAXA confidently explained, however, “We carried through more complicated control operations at the time of Hayabusa2’s landing on the asteroid Ryugu.”

After being separated from the probe, the re-entry capsule plunged into the atmosphere at a speed of 12 kilometers (7.8 miles) per second. While colliding with the air at the great speed, the capsule was exposed to a frictional heat exceeding 10,000 degrees Centigrade. The capsule was covered with special carbon fibers that block the conduction of the blistering heat of re-entry to Earth, however, making the temperatures of the capsule’s surface not higher than about 3,000 degrees C. In this way, the temperatures inside the capsule were designed to be kept at 60 to 80 degrees C at the most, ensuring that the materials from the asteroid Ryugu are not subject to heat-caused transformation, according to JAXA. 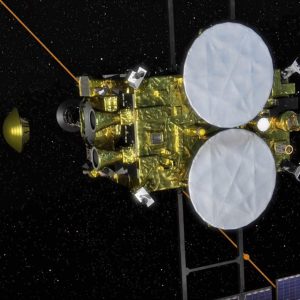 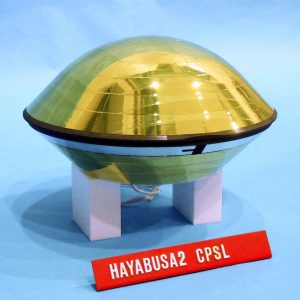 Model of the capsule sent back to earth by Hayabusa2 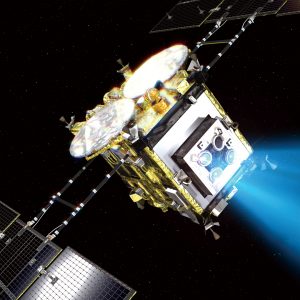 Graphic of Hayabusa2's maneuvers to send back capsule 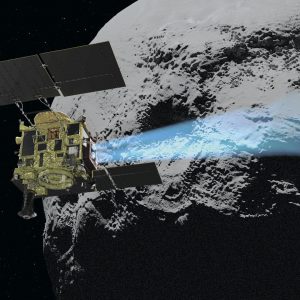 Hayabusa2 graphic as it left Ryugu 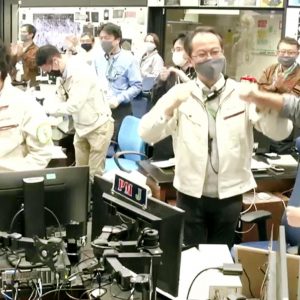 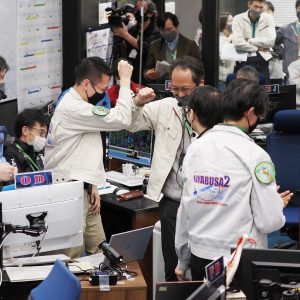 The capsule’s landing area was in the midst of a great expanse of Australia’s southern desert, about 150 kilometers (93.3 miles) from north to south and 100 kilometers (62.2 miles) from east to west. JAXA’s plan to locate the capsule, which measures about 40 centimeters (15.7 inches), also required considerable precision.

The capsule’s parachute opened at the altitude of 10 kilometers above the desert, allowing it to descend moderately, but there was concern that the parachute’s drop point could change significantly, depending on the direction of the wind, JAXA officials said. In addition to a search using a helicopter for the capsule pickup, the search team employed a new method not available at the time of the first generation of Hayabusa, photographing the ground surface of the general landing area with the aid of drones to identify the capsule’s final drop point.

The capsule was designed to emit an electronic signal, or beacon, to inform the search team of its location, but the team was also ready to monitor the landing through analysis of the parachute using electronic waves reflected off the chute in the search.

Ahead of the landing, Mr. Akira Nakazawa, the acting manager of the JAXA team in charge of the capsule search, stressed, “We are firmly determined to make the search a success, without fail.” The fully met that expectation.

The team will not open the capsule after its recovery, although it will collect gas from within the capsule at the landing scene. This is because it is not known whether the materials from Ryugu contain volatile substances. Therefore, JAXA is determined to prevent a leak during the capsule’s transportation, they said, adding, the materials from the asteroid must be kept unaltered in their unaltered state to the extent possible.

Next, the capsule will be transported to Japan using a chartered aircraft within 100 hours after the recovery. After its arrival at JAXA’s Institute of Space and Aeronautical Science (ISAS) (Sagamihara, Kanagawa Prefecture), the materials from Ryugu will be taken from the capsule in an apparatus that is tstrictly sealed to avoid their exposure to air, according to ISAS researchers. After carrying out procedures to measure and observe the materials using microscopes, the researchers plan to begin a full-fledged analysis of their components and other characteristics, they said.

Although the first-generation Hayabusa project collected minute quantities of asteroid materials, this time the scientists expect substantially larger quantities of samples, they said.

Ryugu is a pristine asteroid of the “Category C” type, with carbon as its major component. These asteroids are believed to have maintained the conditions of their formation, dating back some 4.6 billion years ago when the solar system came into existence. It has also been presumed that they could contain organic substances and water, mandatory ingredients of living things.

The Hayabusa2 probe collected materials from the asteroid’s surface and from its subsurface, which would have been less subject to weathering. Comparisons of the surface and subsurface materials may give a clue to help unravel mysteries of the origins of the solar system and life itself, the ISAS researchers said.

On to a New Mission

Hayabusa2 itself is now on a new course, moving away from Earth as it heads toward another asteroid, known as “1998KY26”. It is scheduled to explore this asteroid after arrival in July 2031.

The asteroid is far smaller than Ryugu, measuring about 30 meters (98.5 feet) in diameter, but it is thought 1998KY26 could also possibly be a Category C asteroid. This time, Hayabusa2 is not expected to collect materials. If successful, it will instead make observations of the asteroid at close range, which may help researchers deepen their understanding of Category C asteroids.

As the main mission of Hayabusa2 is of course to bring back samples of Ryugu materials, the probe’s exploration of 1998KY26 can be likened to an “extra time” of baseball and other sports events, by making the most of the remaining energy of the probe’s engine and other devices. The flight distance of the one-way journey will reach as far as about 10 billion kilometers (6.2 billion miles), double the length of the round trip to and from Ryugu. Mr. Yuichi Tsuda, the Hayabusa2 project manager, said, “We would feel extremely happy if Hayabusa2 can have its own end in a positive manner as it pursues further accomplishments.”

(Find access to the columns on which this article is based here and here, in Japanese.)

By Juichiro Ito, The Sankei Shimbun