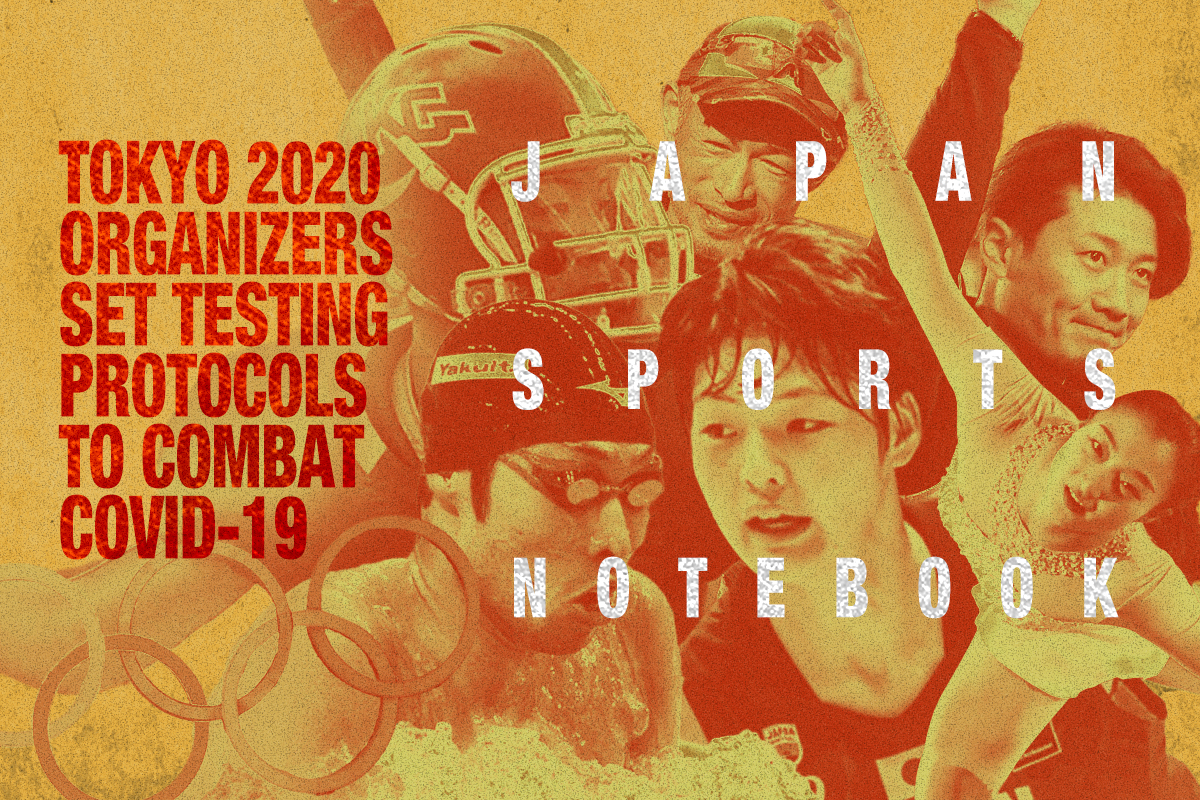 Local organizers have unveiled plans for how they’ll tackle the COVID-19 pandemic during the rescheduled Tokyo Olympics next summer.

In a 54-page report, which Tokyo 2020 organizers spoke about on Wednesday, December 2, it was revealed that overseas athletes will be required to be checked for coronavirus symptoms when arriving at airports in Japan. They will also be required to be tested for the coronavirus once every four or five days while they are at the Athletes’ Village (generally known as the Olympic Village through the years at past Olympic Games) near Tokyo Bay in the Harumi waterfront district in Chuo Ward.

Tokyo 2020 CEO Toshiro Muto also summarized the scaled-down plans for the Olympics, which will be without customary cheering and celebratory expressions, with an optimistic vibe.

“It will be simple rather than festive, but I hope it will be something moving that encourages people through the power of sport,” Muto was quoted as saying by Agence France-Presse.

In addition to COVID-19 measures, it was announced that current quarantine requirements for foreign visitors to Japan will not be mandatory for Olympic spectators. Visitors will be encouraged to download tracking apps in order to help contract trace potential coronavirus clusters. However, face masks will be required at Olympic venues.

In a break from the past due to the pandemic, Tokyo 2020 organizers have also implemented a plan for athletes to leave the Olympic Village after they have finished competing, the report noted.

Also in the report, organizers outlined plans for an infection control center as part of their COVID-19 precautionary measures.

Next summer’s global sports extravaganza is scheduled to be held July 23 to August 8. 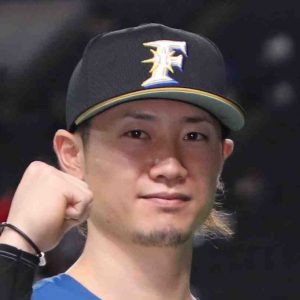 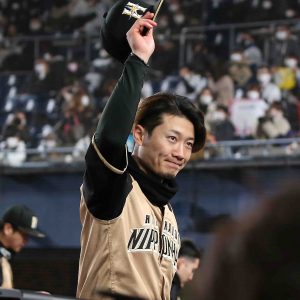 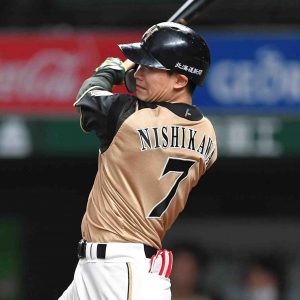 Center fielder Haruki Nishikawa, who has played for the Hokkaido Nippon Ham Fighters since 2012, has been made available to major league clubs through the posting system.

Four Japanese veterans who’ve spent their entire careers in NPB have decided to seek the chance to play for MLB teams in 2021.

For the fleet-footed Nishikawa, the latest of the quartet to declare his intent to not re-sign with his NPB club and opt for new horizons overseas, a one-month negotiation period with MLB teams commenced on Thursday, December 3. If the 28-year-old accepts a contract offer from one of MLB’s 30 teams, that team will have to pay a posting fee to the Fighters. 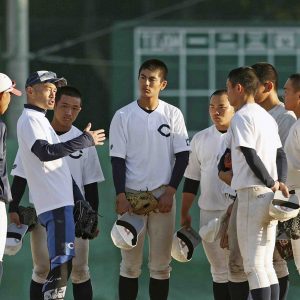 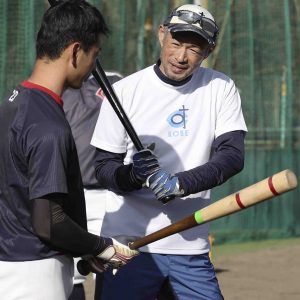 Ichiro’s presence was a gift for the baseball juggernaut, according to Chiben manager Jin Nakatani.

“The time he spent with us was like a dream,” Nakatani told Kyodo News. “It wasn’t just what he said. Seeing him run and play is something that resonates.”

After a celebrated pro career, Ichiro yearned to share his diamond wisdom with youth players, though the rigidity of the Japan High School Baseball Federation (JHSBF) required an exception to the normal rules. Individuals employed by pro baseball teams are usually barred from coaching for Japan’s high school and college squads.

But Ichiro, who cranked out 3,089 MLB hits, received certification from the JHSBF in February to be an instructor. He maintains his work as a Seattle Mariners instructor and special assistant to the team’s chairman.

While speaking to the Chiben players, Ichiro tried to instill confidence in them.

“I explained what I could, so I expect good things from you,” Ichiro related, according to Kyodo News.

RELATED STORY:
Baseball Superstar Ichiro Retires: ‘Find Your Passion, and Give It Your All’

Guard Norika Konno, a sophomore at the University of Louisville, is seen playing for the Japan Under-19 Women’s Team in 2019. Credit: FIBA.BASKETBALL

The fifth-ranked University of Louisville women’s basketball team opened its season with back-to-back routs, and sophomore guard Norika Konno made solid contributions in both victories.

In the Cardinals’ season-opening, 74-53 road win over Southeast Missouri on November 25, Konno chipped in with six points, four rebounds, two blocks and a steal in 14 busy minutes. 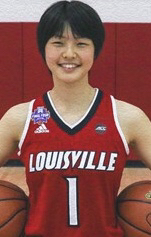 Konno, who attended Seiwa Gakuen High School in Sendai, appeared in 16 games last season as a freshman. She averaged 4.6 points, 1.9 assists and 1.6 rebounds. The 5-foot-10 Sendai native missed the final 14 games of the 2019-20 campaign with a knee injury. 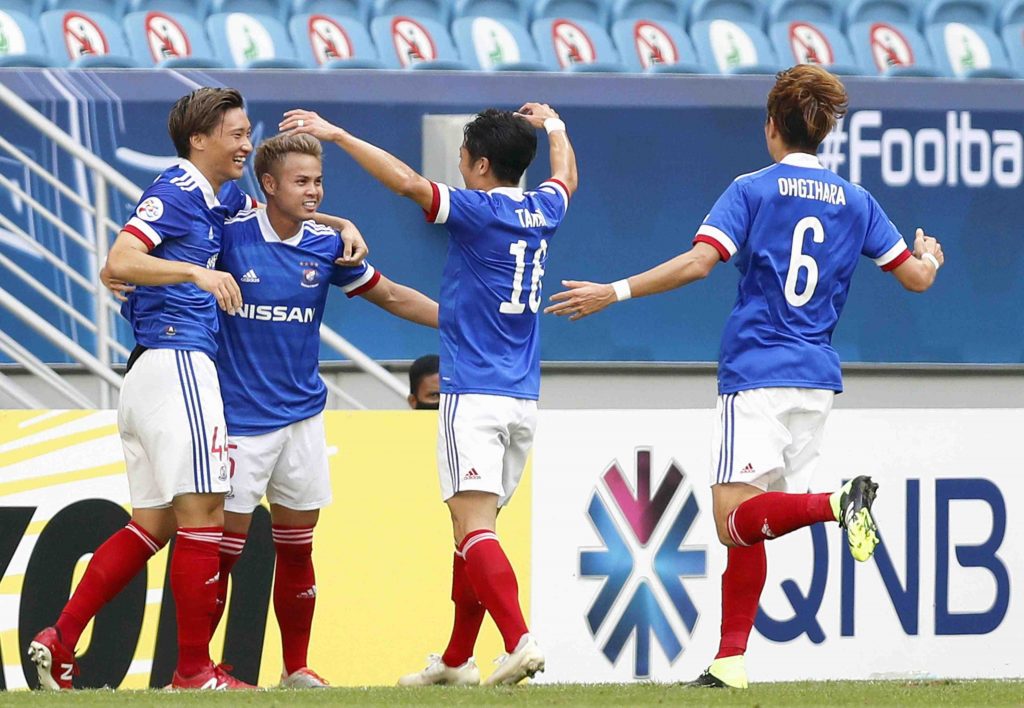 Marinos and Australia’s Sydney FC played to a 1-1 draw on Friday, December 4 in Al Wakrah, Qatar, in the teams’ last Group H game.

Yuki Saneto put Marinos on the scoreboard with an on-target corner kick in the 18th minute.

With the tie, the Kanagawa Prefecture side finished with a Group H-best 13 points from its six group phase matches. 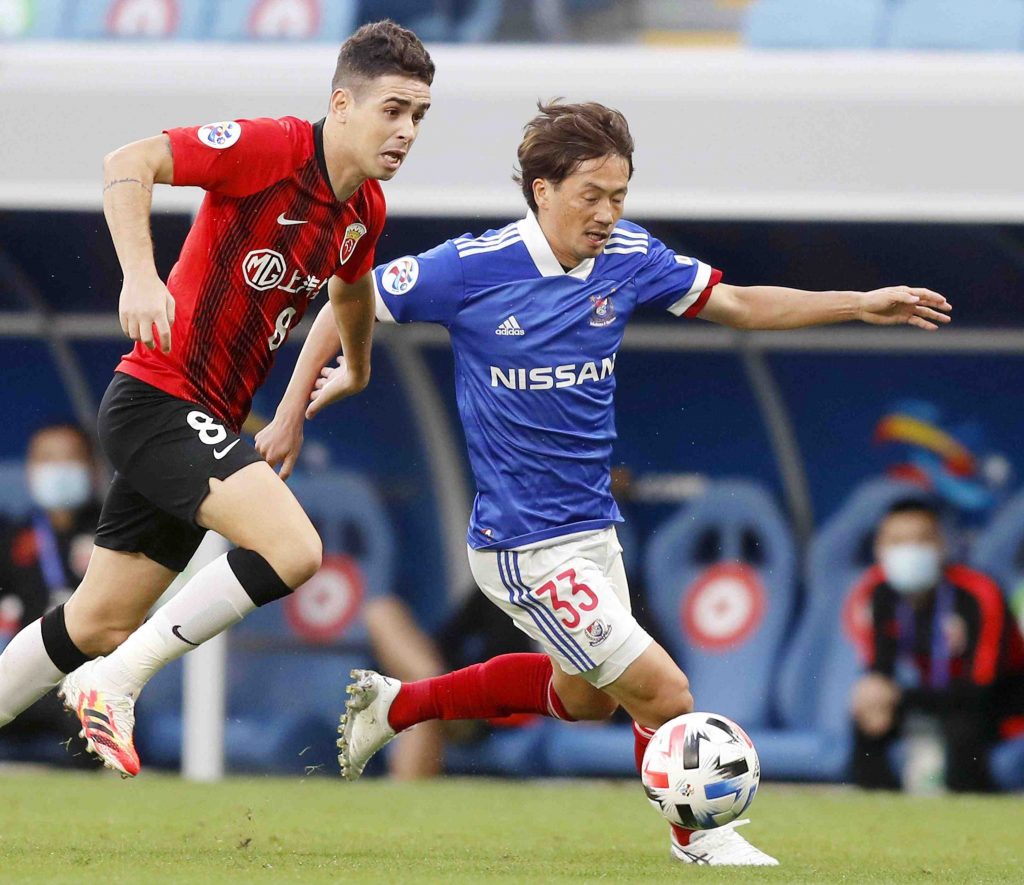 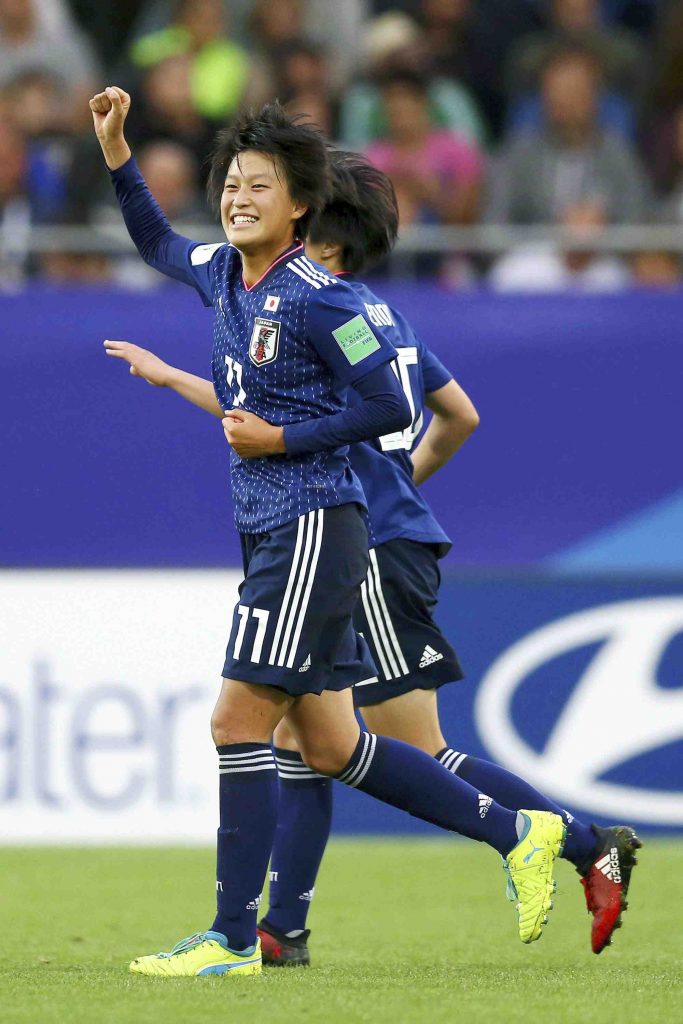 Takarada is leaving the Nadeshiko League’s Cerezo Osaka Sakai Ladies to begin the next chapter of her soccer career with the suburban Washington, D.C.-based team.

“Bringing another young international player of Saori’s quality to the Spirit for our 2021 season was a huge priority for our club and being able to get this deal done at this time of year has been absolutely brilliant,” Spirit coach Richie Burke said. “We can move ahead with our other plans, safe in the knowledge that we’ve added a tremendously talented player to our squad for the upcoming season.”

Takarada, who turns 21 on December 27, has scored 44 goals in 110 appearances for the Nadeshiko League squad, which she joined in the 2013 campaign.

While suiting up for Japan at the U-20 Women’s World Cup in 2018, Takarada scored five goals in six matches. Her prolific offensive output included a goal against Spain in the final as Japan captured the title in August 2018. 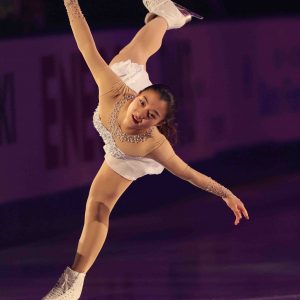 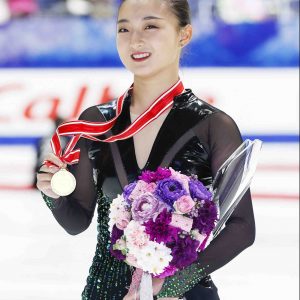 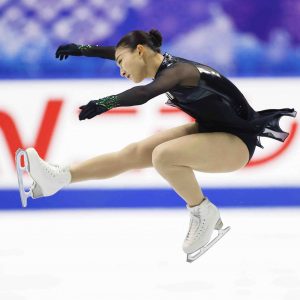 Last weekend in Kadoma, Osaka Prefecture, the ISU’s Grand Prix Series held its annual Japan event, but only one foreign skater (South Korea’s four-time women’s champ You Young) participated due to travel restrictions during the pandemic.

Kaori Sakamoto topped Wakaba Higuchi by a large margin (229.51 points to  200.98) to win the women’s title on Saturday, November 28. Sakamoto had earned the national title in 2018.

“What really hit home is the realization I’m capable of this kind of score if I could skate error-free programs,” Sakamoto told reporters, according to Kyodo News. “It also brought back to me what a joy it is to skate in front of an audience.”

On the men’s side, rising star Yuma Kagiyama topped the field with 275.87 points, producing a dominating performance in both the short program, which he won, and the free skate. In wrapping up the weekend, the 17-year-old delivered three quadruple jumps in the free skate. Kazuki Tomono (226.62) placed second overall.

It was the ice dance competitive debut for Takahashi, the 2010 Vancouver Olympic men’s singles bronze medalist, who retired in 2014, and then launched a comeback in his former discipline in 2018.

Muramoto admitted she and her partner made some costly mistakes.

“There were mistakes we never make, and there were some nerves. But we’ll be alright,” Muramoto was quoted as saying by Kyodo News. 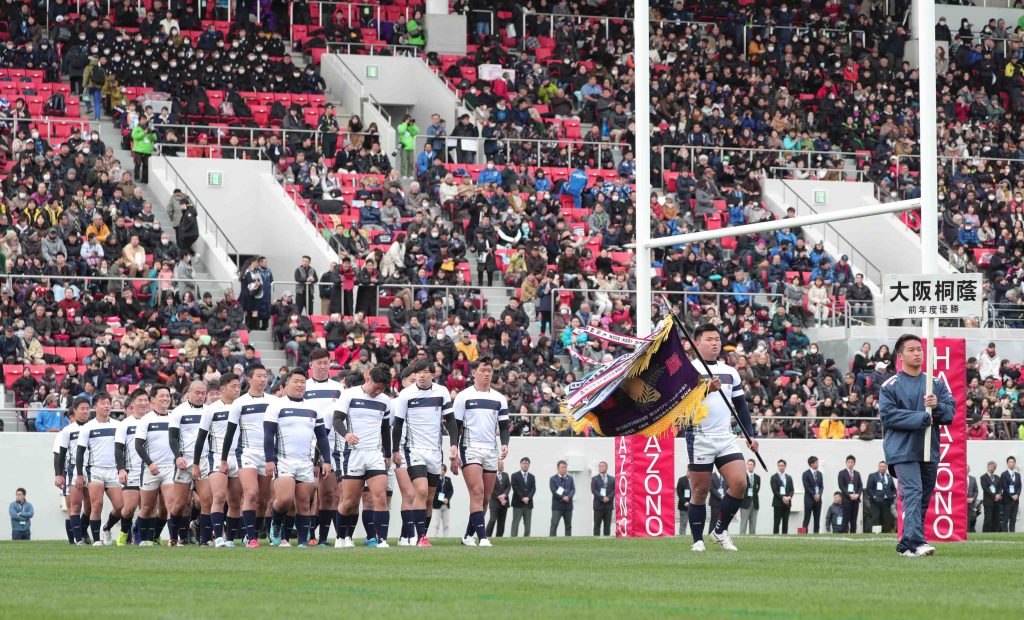 In December 2019, the National High School Rugby Tournament was held in front of lively crowds.

100th High School National Tournament to be Held Without Fans

Due to the COVID-19 pandemic, the 100th National High School Rugby Tournament will be played without crowds later this month, it was announced on Thursday, December 3.

The event, which will consist of a record-high 63 high schools, is set to begin on December 27 in Osaka Prefecture. All 47 prefectures will be represented in the centennial championship, which will be staged at Hanazono Rugby Stadium in Higashiosaka. 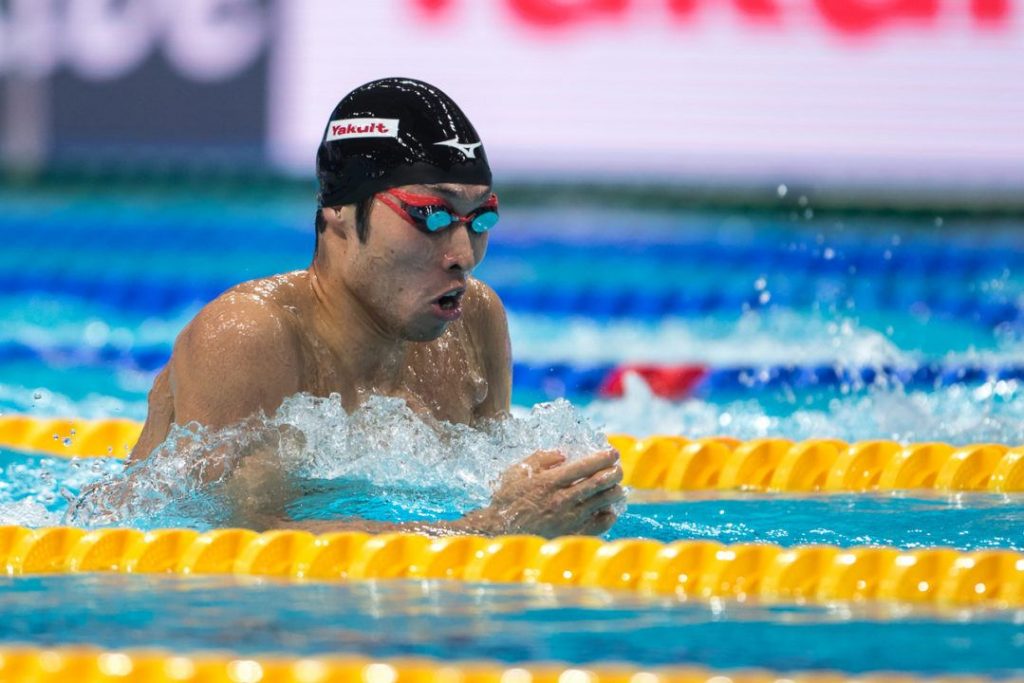 Swimming star Kosuke Hagino triumphed in the men’s 400-meter individual medley in the Japan national championships at Tokyo Aquatics Center, the new venue that was constructed for the Tokyo Olympics, on Thursday, December 3.

It was the opening day of the first meet to be held at the Olympic venue.

“It was like the water was my friend as I was swimming,” Hagino, the 2016 Rio Olympic 400 IM gold medalist, was quoted as saying by The Yomiuri Shimbun.

The four-day meet was set to conclude on Sunday, December 6. 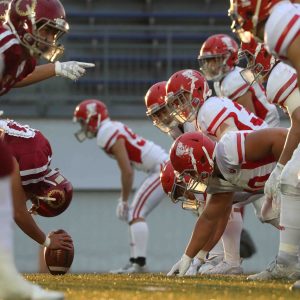 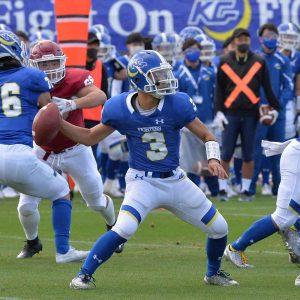