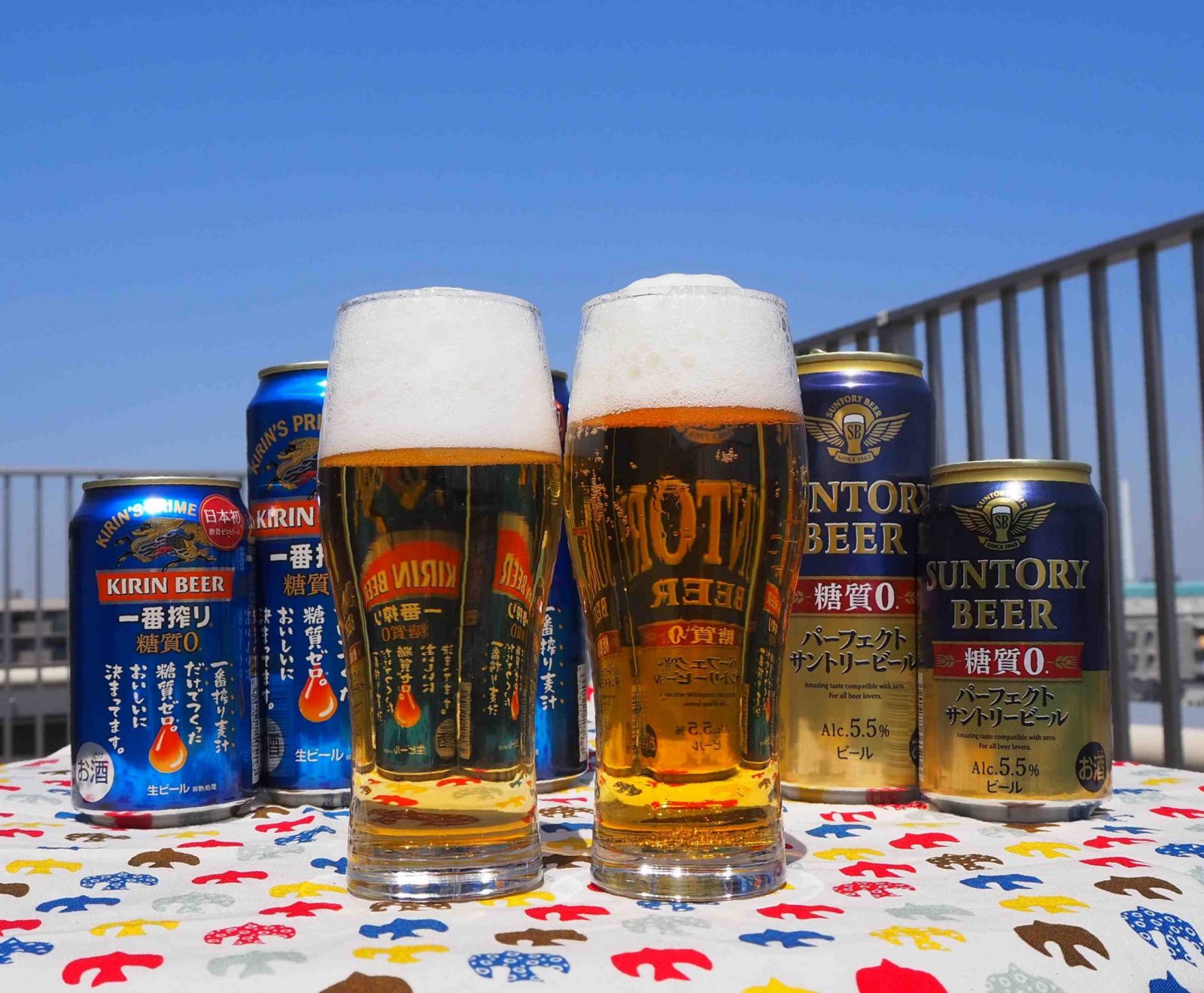 “We managed to do something that seemed impossible!”

Those were the words of a  beer company official involved in the product's development. At one time unimaginable, sugar-free beer has been released one brand after another recently,  attracting beer fanatics who were not satisfied with conventional low malt beer.

In Japan, a ratio of at least 50% malt has been required for a beverage to be defined as "beer." The sugar contained in the malt has been considered indispensable to the beer’s mellow taste. In the new product, however, a brewing technique has been developed to maintain the mellow flavor and at the same time decompose the sugars to zero.

As more and more people try to cut their sugar consumption for health and diet purposes, will zero sugar become the new standard for beer?

"We handle lots of beer from the major companies, but Kirin’s zero sugar came in third place in sales out of all of them, while Suntory's zero sugar narrowly came fourth,” said 43-year-old Shinobu Tsurutani. He is manager of Welcia Yakkyoku Co., Ltd. In Adachi Nishiarai, north of Tokyo, a drugstore  that sells alcoholic beverages with more than 2,200 outlets nationwide, mainly in the Kanto region.

“Kirin has already solidified its customer base, and Suntory’s new products seem to be having a synergistic effect. Many customers buy both,” he explained.

According to Tsurutani, "Health consciousness has been further heightened by the COVID-19 pandemic, and with more people drinking at home, they tend to spend money on products they consider good and tasty. Zero sugar beer, which responds to these demands, has already become an essential product in the market. Naturally, I think other beer manufacturers will also jump on the bandwagon in the future.”

The color of Suntory’s new beer is a bit darker, and the alcohol level is 5.5%, which makes it a rich and flavorful drink. On the other hand, Kirin’s beer has an alcohol count of 4% with a clean, refreshing taste.

The difference in flavor conveys the brewing characteristics of the two companies, which secretly spent about five years perfecting their own manufacturing methods.

Michio Imakita (38), who manages Kirin’s Ichiban Shibori Zero Sugar brand which came out before its rivals, said, “When I heard of Suntory’s new product, I guessed they had been thinking about the same thing and aiming for it.”

In March, six months after it was launched, Kirin’s Ichiban Shibori Zero Sugar brand became its fastest growing new beer product in the past decade, surpassing the company's estimates with sales of 3 million cases of the large (750 ml) bottles, and 100 million units of its 350 ml cans.

To meet the increasing demand, the company increased production in April by 60% from the previous year's plan.

“Ichiban Shibori’s image has helped dispel the bias that zero sugar beer is not tasty”, said Imakita. The company conducted more than 350 brewing tests until it was ready for commercialization. "It's a goal that seemed impossible, but we cleared hundreds of hurdles one by one, until we made a breakthrough."

Thanks to zero sugar, sales of canned beer (per household) as a whole have also risen, increasing by 50% in the January-March quarter of 2021 compared to the same period a year earlier.

On the other hand, Perfect Suntory Beer, released in April, had a good start with shipment of about 660,000 cases of 750 ml bottles in the first week of release, an increase of 30% over the original estimate, and 30% higher than the annual sales projection.

"From the beginning, we were aiming to make the beer both zero sugar and ‘delicious to its core’. We were particular about not compromising the flavor, and in the end we convincingly achieved that," said Arisa Inagaki (33), Suntory’s brand manager.

Although the Suntory product came out after its competitor, it was released at a time when there was greater attention to zero-sugar beer. In the brand’s launch, the company gave away free coupons for 1 million bottles, distributing them to the public with the message, "Try this first!”

When asked why she launched the new brand instead of using the existing popular brand “Premium Malts," Inagaki replied, "We want to create a new standard for beer. That's what the company aims for."

How to reduce the consumption of sugars has become one of mankind's challenges. This writer likes a large mug of beer, but one has to be careful with an “all-you-can-drink" approach.  It may contain no sugar, but  it is still alcoholic. Let’s be careful not to drink too much!

(Read the Sankei Premium report in Japanese at this link.)