INTERVIEW | Sebastian Coe on the Tokyo Games: ‘Confident They Can Be Held Safely’ 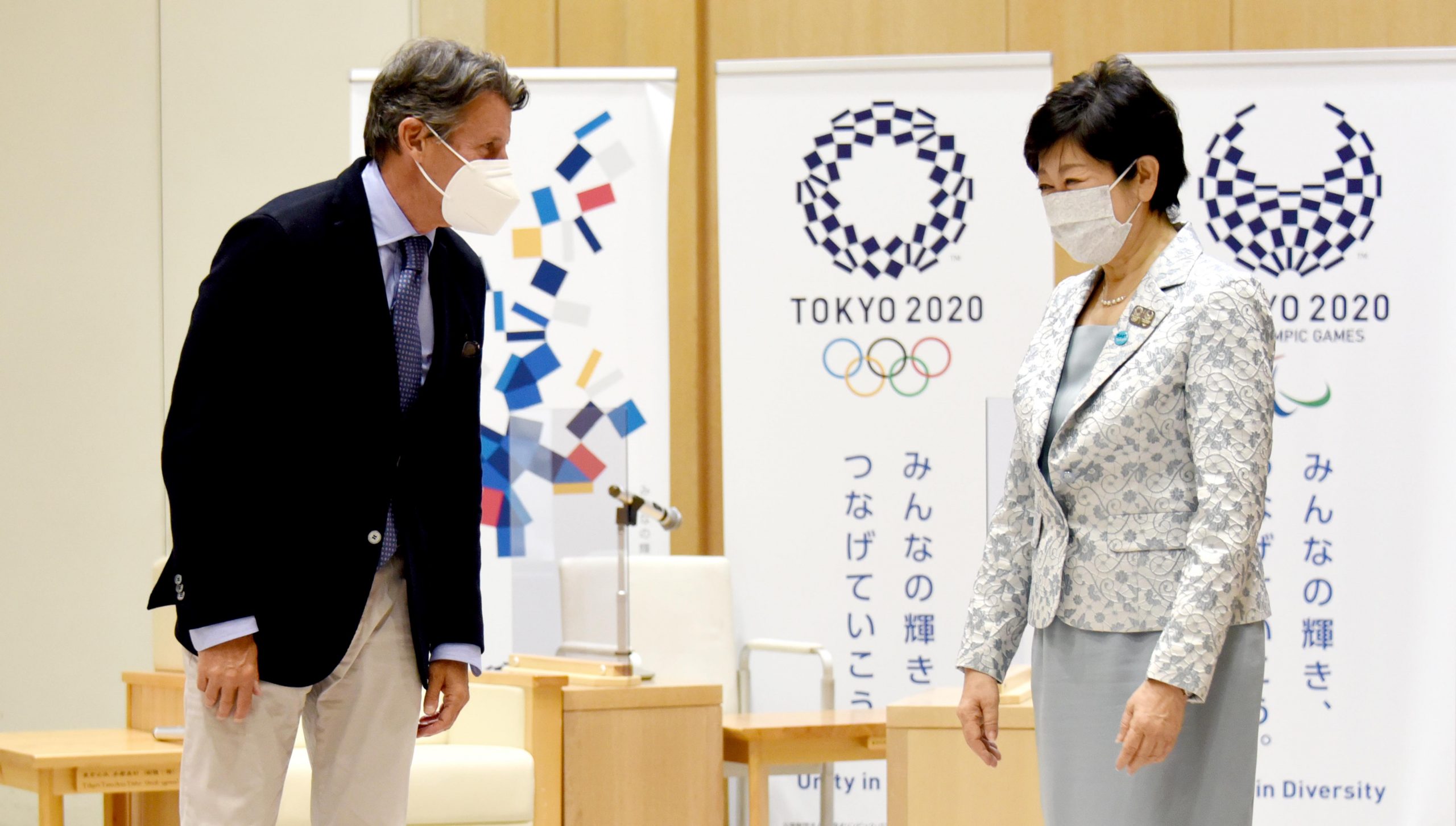 On May 5, a half-marathon test was held in the city of Sapporo, northern Japan, in preparation for the Tokyo 2020 Olympics and Paralympics.

Coe declared after completion of the event, “Sapporo has demonstrated the highest level of capability to organize”, and showed optimism about the hosting of the games in Summer 2021. The Olympics and Paralympics were postponed from March 2020 to the following year due to worsening of the COVID-19 pandemic.

However, with the continuing impact of the coronavirus on the lives of people all over the world, and the delayed vaccine rollout in Japan, many feel pessimistic about the ability to hold the games as scheduled.

On March 12, 2021, the London Bureau Chief for The Sankei Shimbun and JAPAN Forward, Kazumasa Bando, caught up with Sebastian Coe, President of the World Athletics Association  for his take on the wider implications of the pandemic, whether the Olympics will be better equipped for future epidemics, and about the prospects for the Beijing 2022 Winter Olympics.

Find excerpts of the interview below.


IOC President Thomas Bach is confident that the Tokyo 2020 Olympics and Paralympics can be held safely this summer. Do you agree?

Yes. I do think it can be held safely, and I think it will be. I think President Bach has good reason to be confident. Japan has dealt very well so far with the COVID challenges. And it is important that Japan is in a position to stage the games. Not just for Japan, it’s really important that people recognize that the games are going to bring comfort to communities around the world.

Of course, we have to be very mindful about the safety of the people of Japan and the communities that are hosting the games. But I also know that Japan, as an outwardly looking country that has always had a high profile overseas, will want to be delivering games not just for Japan, but for the whole of the world.

The games will be a beacon of hope for many nations that have been hit hard in the pandemic years by COVID-19.


In an interview with Nihon Keizai Shimbun you declared that “It would be impossible to reschedule the Tokyo Olympics.” Could you tell me why?

There is no more postponement. A postponement is a cancelation, and ー we have to be clear about it ー I don’t think there would be any appetite to re-sequence the Olympic program.


What measures do you think need to be taken during the event to ensure the safety of Tokyo Olympics?

The same measures we have taken and understood in sport. Sports have had 270 world cups or major events. We have had over 130 [events] in our own sport [athletics] alone since September last year.

We know how to do this, and this is the key component. People should take comfort from the fact that sports have delivered big events. Some of them have had crowds, and not one of those events has been a spreader of COVID.

Social distancing, masks, and everything we have been doing in the sportーevery measure that our sports have been taking is a measure that will be included in the protocol in Tokyo.


All Tokyo Olympic players may not be able to be vaccinated ahead of time. What should the IOC and government do in response to this situation?

Well, neither the IOC nor international federations can be responsible for domestic health policy. Athletes do not routinely want to be elbowing their way past healthcare workers or vulnerable people in communities.

I know the International Olympic Committee has been in discussions with the WHO and national Olympic committees to, where possible, help this [distribution of vaccines] to happen.


IOC president Bach announced that the Chinese Olympic committee has offered to provide COVID-19 vaccines to participants in this summer Tokyo Olympics and the next Beijing Olympics. What do you think about this plan?

I think that is a very generous offer and I do think the world in the last two years has realized the importance of this interconnectedness. Where countries are in a position to help, as China has offered, I think that is a good sign of sporting solidarity.


How do you think future Olympics will be affected if the Tokyo Games are canceled?

I am not discussing cancelation, that is pure speculation, and it’s not helpful. I leave the speculation for the media.

Everybody is focusing 100% on the delivery of the Games. We are focused, the international federations, the IOC, the Japanese government, the mayors, the governor, the athletes. Everybody is focused on successful Games.


Do you think standards will be created about how the Olympics should be held in the event of future outbreaks of infectious disease?

Nobody can foresee the future.

All I can say is that, at World Athletics, I think we have led the way in how we have delivered our events safely and securely. We have worked very closely with governments and the IOC. Our health and science teams in Monaco [headquarters for World Athletics] are the best in the world at this. I think that sport has learned a lot, and there is much that is not just for sports.

Other sectors have looked at the way sport has dealt with the challenges of delivering sport during a pandemic and in the event that we are ever confronted with a similar problem, I believe we have a great deal more experience now about how we would handle those.

By necessity, because of what we have learned, there will probably be a new standard for events being held safely and securely anyway.


Against the backdrop of China’s human rights violations such as suppression of Uyghurs and Hong Kong issues, which have spawned a boycott movement, what is your opinion about the Beijing 2022 Winter Olympics?

I am instinctively and diametrically opposed to any discussionーeverーabout boycotts. They serve no purpose. Historically they make no difference at all, and the only people they affect are the athletes.

Sport has the ability to open and showcase many of these challenges, and sport should be a part of that process of shifting the dial politically and socially.


Do you think that countries that violate human rights are qualified to be the host country?

I think that these are discussions that those who have the responsibility of choosing venues will always take into consideration.

I advise caution because there are very few countries in the world where somebody would not have a concern about foreign policy or human rights. These are not issues that people take lightly, people take them very seriously.

But, you also have to recognize that sport is a great unifier, and it can shine a spotlight on these issues that sometimes politicians or trade ministers or other sectors of the economy don’t shine a light on. Sport can be very helpful in this.

No event has ever gone to a country unless that country shifted to change. It has always helped in that process. Sometimes it is a long process, as these things do not happen overnight.

But sport is a very important soft power, and we should make sure it plays that role, not just walking away from these challenges.

Born in 1956, Sebastian Coe is a former British athlete and President of the World Athletics Association since 2015. During his athletic career, Lord Coe participated in two Olympics Games in the discipline of Athletics, winning Gold Medal at 1,500 meters, and Silver Medal at 800 meters both at Moscow in 1980, and in Los Angeles in 1984. Since 2014 he has also served as chair of the Committee for the Coordination for Olympic and Paralympic Games Tokyo 2020.