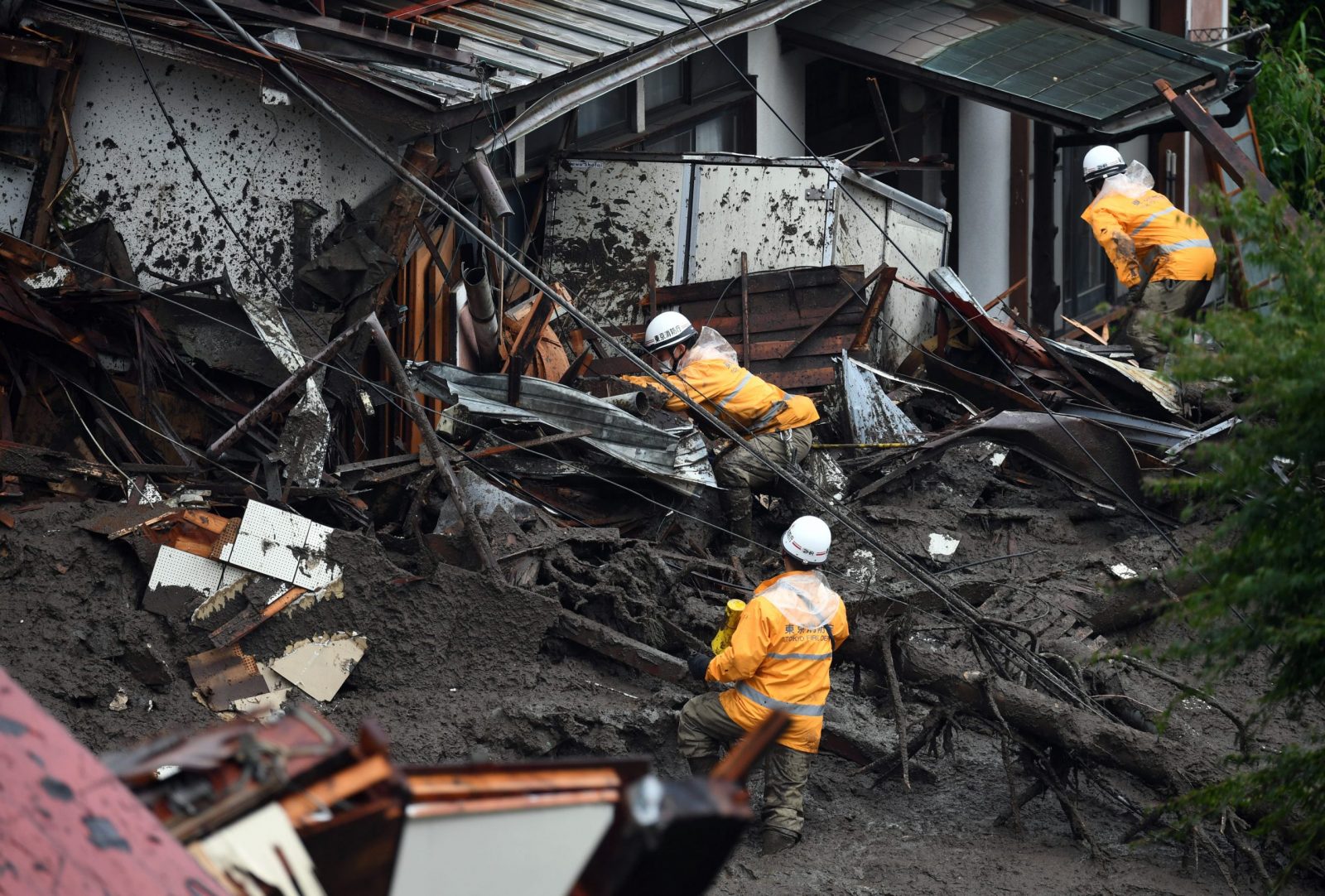 Several days of heavy rains were followed by large landslides in Shizuoka Prefecture on July 3, causing destruction and loss of life.

In Atami City, waves of water and rubble careened through residential neighborhoods, destroying homes and flooding the streets starting on the morning of July 3.

Atami is a small coastal city with a population of about 36,000 people, about 100 km South of Tokyo. The first big wave was captured on several videos posted on Twitter. Authorities estimate there has been damage to at least 130 homes.

The video, posted on July 3, is punctuated by the chilling caption: “Help us, we don’t know what we are supposed to do.”

According to national broadcasting company NHK, there were two women confirmed dead in the landslide, with 20 people whose whereabouts are still unknown as of midday on July 4. A group of about 700 people were assembled on July 3 to take charge of the rescue efforts, formed by the local authorities and the Japan Self-Defense Force. The local coast guard has also been helping out by searching the adjacent sea area.

On the morning of July 4, Japanese Prime Minister Yoshihide Suga held an emergency cabinet meeting to address the disaster situation.

He confirmed that 20 people had been saved, thanks to the rescue efforts, and commented to journalists: “The most important thing is to protect lives. Therefore, we are working together with local authorities to avoid a second disaster. In the meantime, we are putting all our efforts into rescuing as many people as possible, searching for those who aren’t accounted for, and supporting those who were affected by the disaster.”

In the meantime, an investigation into the cause of the disaster is also underway. Atami had seen a rise in the danger alert level due to heavy rain, but there had been no order to evacuate, apparently because of the fluctuating level of rainfall. The rain hit a peak of at least 1.5 times the average level at this time of year on the morning of July 3, which is thought to have been a contributing factor in the cause of the landslide.

The mayor of Atami City, Sakae Sato, gathered the emergency response committee at 7 A.M. on July 4 at the city headquarters to address the situation, and he commented gravely: “The next 72 hours are crucial.”

In fact, the rescue efforts were temporarily halted out of fear of a second landslide as a light rain continued in the area in the morning of July 4, but then resumed shortly afterwards.

As of July 4, at least 387 people had been evacuated by local authorities, according to Sankei Shimbun. Citizens were asked to maintain caution, and confirm in the local risk map not to approach areas where there is a risk of a second landslide.

Other regions in Kanto have also been affected by continued heavy rain from the week prior to July 3. Kanagawa and Chiba prefectures have reported damage to at least 54 houses and two people were reported injured as of July 4.