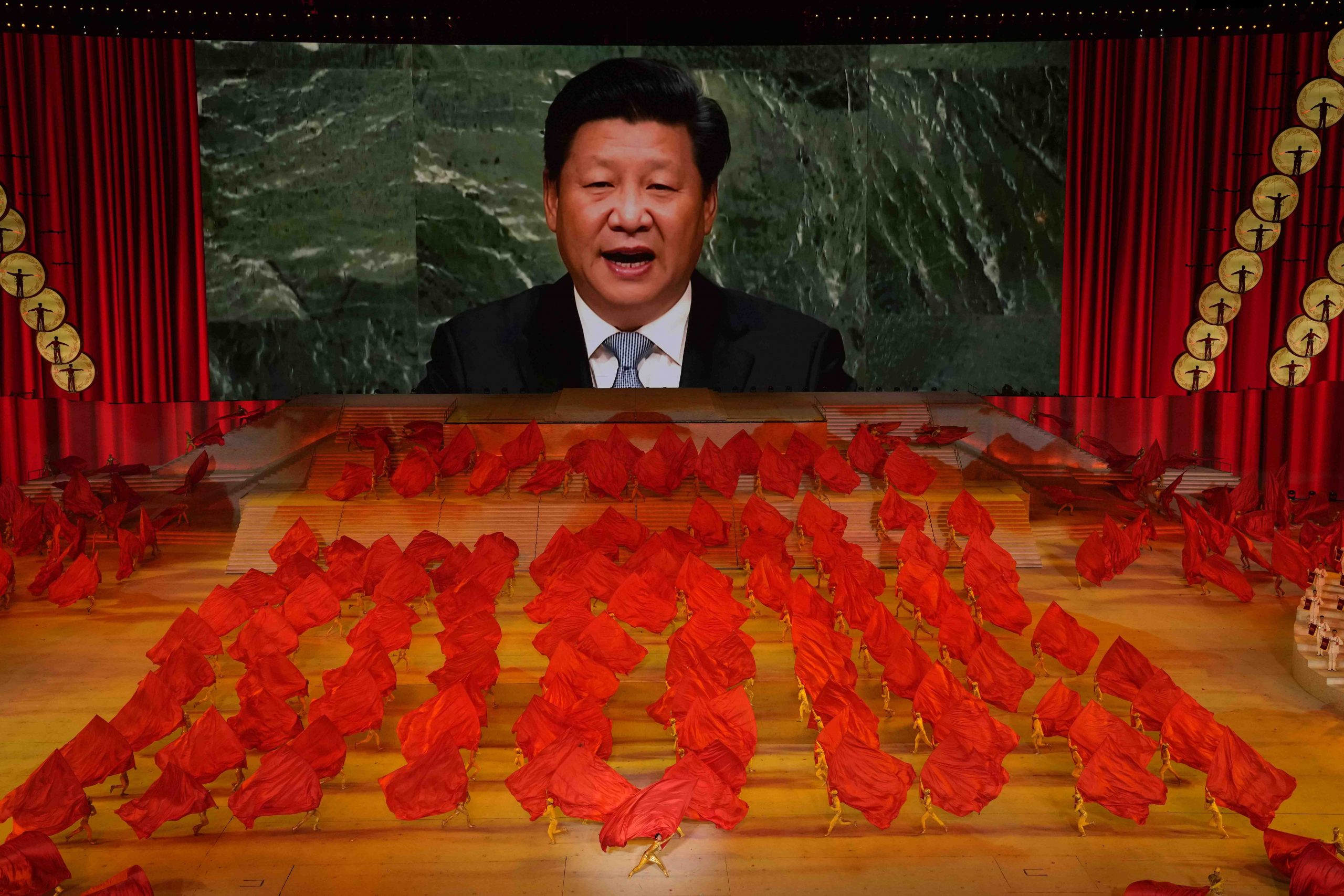 China marked the centenary of the CCP on June 28. President Xi Jinping has established himself as China's most powerful leader since Mao Zedong, and has eliminated any limits on his term in office. (AP Photo/Ng Han Guan)

Top figures in most of Japan’s political parties sent congratulatory messages to the Chinese Communist Party (CCP) as it marked the 100th anniversary of its founding.

Such conduct is not befitting of either politicians or parties of a democratic country. Their actions have undermined Japan’s honor and harmed its national interest.

Influential Diet member Ichiro Ozawa, who currently is a member of the CDP, and former speaker of the House of Representatives Yohei Kono also sent effusive congratulations to the CCP.

RELATED: EDITORIAL | Chinese Communist Party at 100: A History That Reeks of Repression

The LDP, Komeito, CDP, and SDP have explained away their decisions to send such messages as a “ceremonial” gesture demanded by the Chinese side. Naturally, all of these parties have a history of interchanges with the CCP. However, did they give any thought at all to the implications of extending such congratulations at this time?

They have in effect lent support to CCP, an openly repressive dictatorial party which is today oppressing Chinese citizens who dare call for freedom and democracy, and actively seeking to disrupt the international order.

Moreover, even as it is being criticized by international society, the CCP is making use of such congratulatory messages from foreign politicians as propaganda to self-promote its legitimacy.

The appalling lack of judgment that led these politicians to so easily acquiesce in extending congratulations to the CCP is astonishing. Have they no sense of shame?

Edano told a press conference that he had not forgotten Chinese Communist human rights violations in Hong Kong, Tibet, and other places, and the message he sent was merely the expression of courtesy to a neighboring country.

Yamaguchi went further and said that it was an extraordinary event for a political party to celebrate its centenary, and that the Komeito was determined to do even more to advance “global peace, as well as development and stability.”

Such statements represent the height of Pollyannaish optimism.

Furthermore, the issues involving China go beyond the serious human rights violations in Xinjiang and Hong Kong. The aggressive Chinese Communist regime is also attempting to seize control of the Senkaku Islands in Okinawa Prefecture. It threatens Taiwan by force, and continues to pursue hegemony in the South China Sea — in blatant disregard for international law.

Japan’s political parties should wake up to reality and realize that we are now in an era where their longstanding predilection to proffer “friendship” with the CCP is no longer viable. Instead, we urge them to show their concern for the victims of oppression and the opinion of international society.

These ill-conceived congratulations to mark the 100th anniversary of the CCP made no reference to the historical errors and crimes of the party. Congratulating those whose actions claimed tens of millions of victims during the CCP’s long, woeful history — in such events as the Tiananmen Massacre, the Cultural Revolution, the Great Leap Forward, and the disorder of the revolution itself — is nothing less than outrageous.