[Hidden Wonders of Japan] Autumn’s Here, and So Are This Osaka Shop’s Rabbit- Shaped Mochi 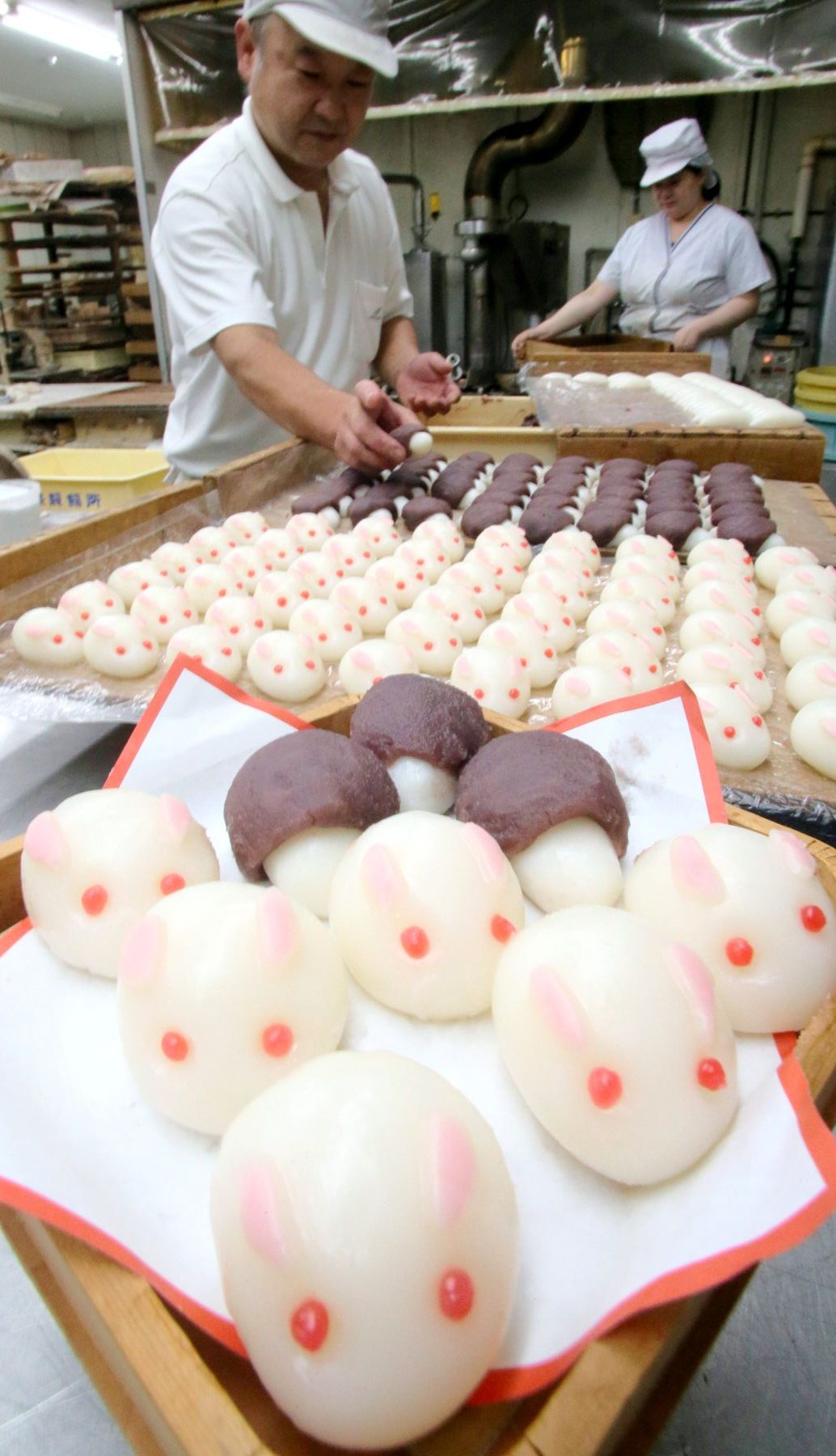 You might have heard of ohanami, the wonderfully decadent practice of admiring cherry blossoms in the spring. But have you heard of otsukimi?

Japan, in keeping with the custom of appreciating different aspects of nature at different times of the year, has something special in store for the autumn. It is a practice that goes back hundreds of years called otsukimi, meaning admiring the mid-autumn moon and praying for a bountiful harvest.

According to the National Astronomical Observatory of Japan, this practice dates back to the Heian Period (between 794 and 1185).

On this occasion, it’s a good omen to present mochi, the gooey rice ball which, as it happens, comes in the shape of a full moon. This year’s otsukimi falls on September 13.

The figure of a rabbit is another very popular motif for this event. As Japanese legend has it, there is a bunny which is pounding mochi on the surface of the moon.

Referring to this folkloristic image and taking the mochi element in its stride, a traditional Japanese sweet shop in Osaka has something special in store. Located in Suminoe Ward, Osaka, a store called Koseido is bringing its customers a little taste of autumn.

The shop presents two types of mochi during the traditional autumn observance. One is in the shape of a rabbit and the other is meant to resemble a moon engulfed by a cloud.

Koseido plans to make between 2,000 and 3,000 of these adorable sweets by the end of September. Owner Muneki Maeda, 54, expressed his wish that the sweet, soft mochi “can become an opportunity for friends and family to enjoy the festivity.”