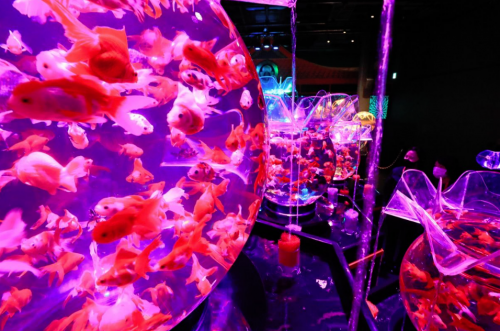 You might have figured this out by now, but one of the particularities of Japanese culture is the appreciation of each aspect of the seasons. For each month and solar interlude, there is a flower, an image, something to look forward to.

It could be the pastel colors of hydrangeas in June, the rhythmic sound of cicadas in August, the brain freeze derived from gulping down kakigori (shaved ice) too quickly in the summer heat.

One of the images associated strongly with summer is in fact goldfish, and koi (carp).

And if you are interested in seeing a unique aquarium in Japan, look no further than the Art Aquarium in Tokyo, Nihonbashi, with its myriad of goldfish. 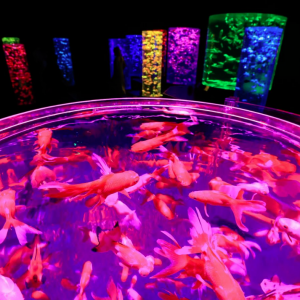 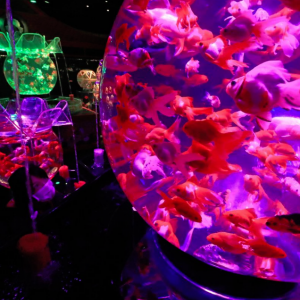 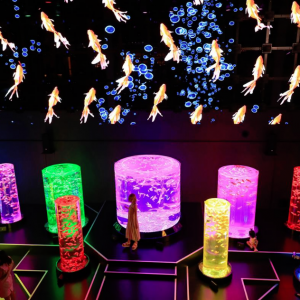 The venue opened its doors to the media on August 28. Although in other years it has held only temporary exhibitions in late summer, this year for the first time the organizers have unveiled a permanent exhibition.

The aquarium itself has been a clear success, having seen more than 10 million visitors since the inception of the aquarium in 2007.

With more than 2,000 square meters of space in the heart of Tokyo, the location is popular for good reason becauseーdon’t be fooledーthis is not your regular aquarium.

As you enter, there are more than 30,000 fish in basins of varying shapes and sizes. The whole space makes use of multi-colored lights and music, which adds to the wistful motion of the rare varieties of goldfish and carp. The effect is a dreamy and magical atmosphere.

The concept follows the idea of the nighttime entertainment districts of the Edo period, dividing the space into six areas. One section is called “Ukiyo”, indicating the fun loving floating world of Edo. In this room, spherical basins about 2 meters-wide are inspired by the colorful processions of Oiran, the courtesans of the Edo period. 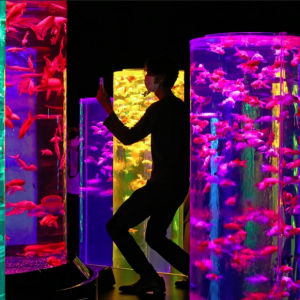 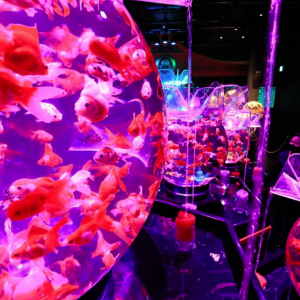 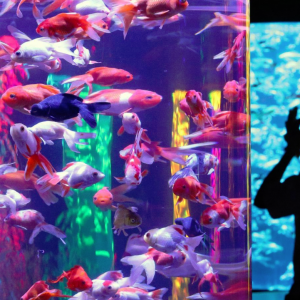 Other areas feature such attractions as 3D projections on a 2 meter high basin, or a “goldfish forest,” with several tall, slim multi-colored basins which give visitors the sensation of strolling through, as it happens, a forest of goldfish.

Artist Hidetomo Kimura is behind the project. He sees koi and goldfish as an integral part of Japanese waterscapes, and an often overlooked aspect of Japanese art. From this idea, the Art Aquarium was born.

*Please note that there might be closed days due to water tank maintenance,renovation periods, and events.

The link to buy the ticket can be found here.