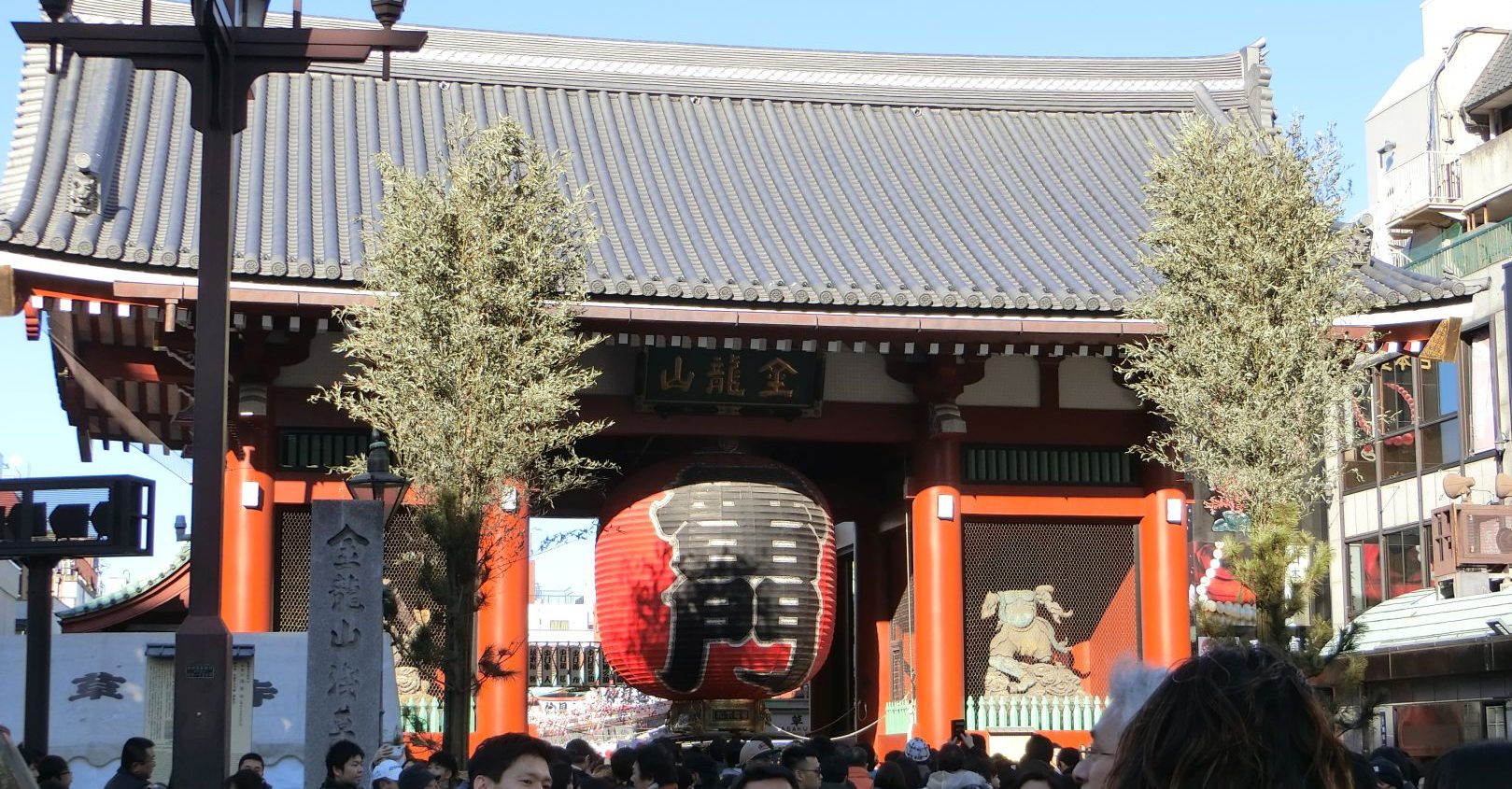 If you have ever visited a Buddhist temple in Japan, you probably saw them. There is usually a series of gates to take you from the everyday world of business and family life to the sacred space inside.

One of those gates, often the very first, is the Deva gate, which is guarded by a pair of fierce Deva kings, known to Japanese Buddhists as the Nioumon (仁王門), or temple gate of the Nio. Though often obscured these days by wire netting to protect them from pigeon droppings, the Nio are still hard to miss, with their super-sized muscles, wrathful glare to do Sharaku proud, and Paul Bunyan scale.

But these plus-sized heroes are much older, and with a finer pedigree, than the comic-book heroes whom they curiously resemble.

You have to wonder why the Nio, also known as Kongōrikishi (金剛力士), want to frighten you. After all, the temple is a place for quiet prayer and ritual observances, not a warrior’s lair or boxing arena.

We can think of them as parallel to gargoyles on Christian cathedrals like Notre Dame de Paris, ferocious little demons poised to attack evil-doers while serving the Prince of Peace. Also, it is not a question of whether the gentle fifth-century BCE Sakyamuni Buddha would approve of such aggressive guardians, given that feuding Japanese Buddhist monks (souhei, 僧兵) of the seventh and eighth centuries were so warlike and brutal that the emperor had to move his capital in the late eighth century from Nara to Heian. The capital was later renamed Kyoto, a refuge from the constant, destructive raids and pillaging, which continued throughout the Heian era.

To be sure, the Nio are not alone at Buddhist temples and Shinto shrines. Other popular temple guardians found in Japan are the two Komainu (狛犬), or wild dog guardians, at Ujigami Shrine, as well as the many similar shishi (獅子), the lion-dogs of Chinese origin carved from stone, which have also protected Shinto shrines. Among other protective deities are the Four Protective Kings, who are assigned to ward off evil spirits and people of ill intent arriving from any of the four directions.

The Nio appeared in Japan as early as those found at Kongobu-ji, the main temple at the Mt. Koya (Koya-san, 高野山) complex of temples south of Kyoto founded by Kukai (Kobo Daishi) in 805 CE. But they have their origin in ancient India as manifestations of a protector deity, the Bodhisattva Vajrapāṇi, the oldest and most powerful of the Mahayana pantheon. Mahayana Buddhism, which split off from Theravada Buddhism, is the predominant form practiced in Japan, and includes the popular Zen sects.

The iconography of robust deities with exaggerated physical features can be found among ancient Hindu statues and depictions, which are the source of many early Buddhist spiritual images. The Hindu goddesses have a full-bodied, sinuous attraction that is overtly sexual rather than otherworldly or saintly. They would be fitting consorts to the Nio gods.

Apart from their imposing musculature, the Japanese Nio have familiar attributes like the Christian saints. They are depicted with arms raised and ready to strike with swords while stomping powerful dragons or demons under their feet. Here too is a parallel to St. George, who is usually depicted slaying a dragon.

The most evocative Nio characteristic is probably their mouths, almost always open on the statue to the right of the entrance gate, and closed on the left side. They are actually voicing the sounds “AH” and “UN,” the first and last sounds of the Japanese syllabary.

Now why would warrior gods declaim in this fashion? The sounds together comprise the ancient Hindu meditation mantra, “AUM” or “OHM,” now universally voiced among Hindu and Buddhist sects, including Zen, around the world. By together forming the AUM sound, they symbolically comprise the beginning and end. They are the A-lpha and OM-ega, in the Greek alphabet, and the first and last letters of ancient Sanscrit, the A and Z of other alphabets.

Symbolically, they entail the universe, or the entirety of creation. The dualism of the Nio has been interpreted in China, for example, as yin and yang, with their origin in the fifth century BCE Book of Changes.

AUM is thought to be the sound of the creation of the universe, but also much more. It is thought to be a uniquely soothing sound, with mystical power, and naturally the ancient mantra to empty the mind of quotidian distractions and open it to purely spiritual influences.

AUM has found its way not only to Japanese Mahayana Buddhism and its Nio statues, but perhaps entered the Western Judeo-Christian tradition. That is, there is no scholarly agreement about the origin of the word “Amen” that traditionally ends both Christian and Jewish prayers, but its similarity to the AUM sound is undeniable.

So where does this leave us? With ferocious and threatening Nio temple guardians whose joint voices are meant to evoke inner peace in their beholders.

For me, however, that is easier after I escape their gaze and enter the quiet recesses of the temples themselves.