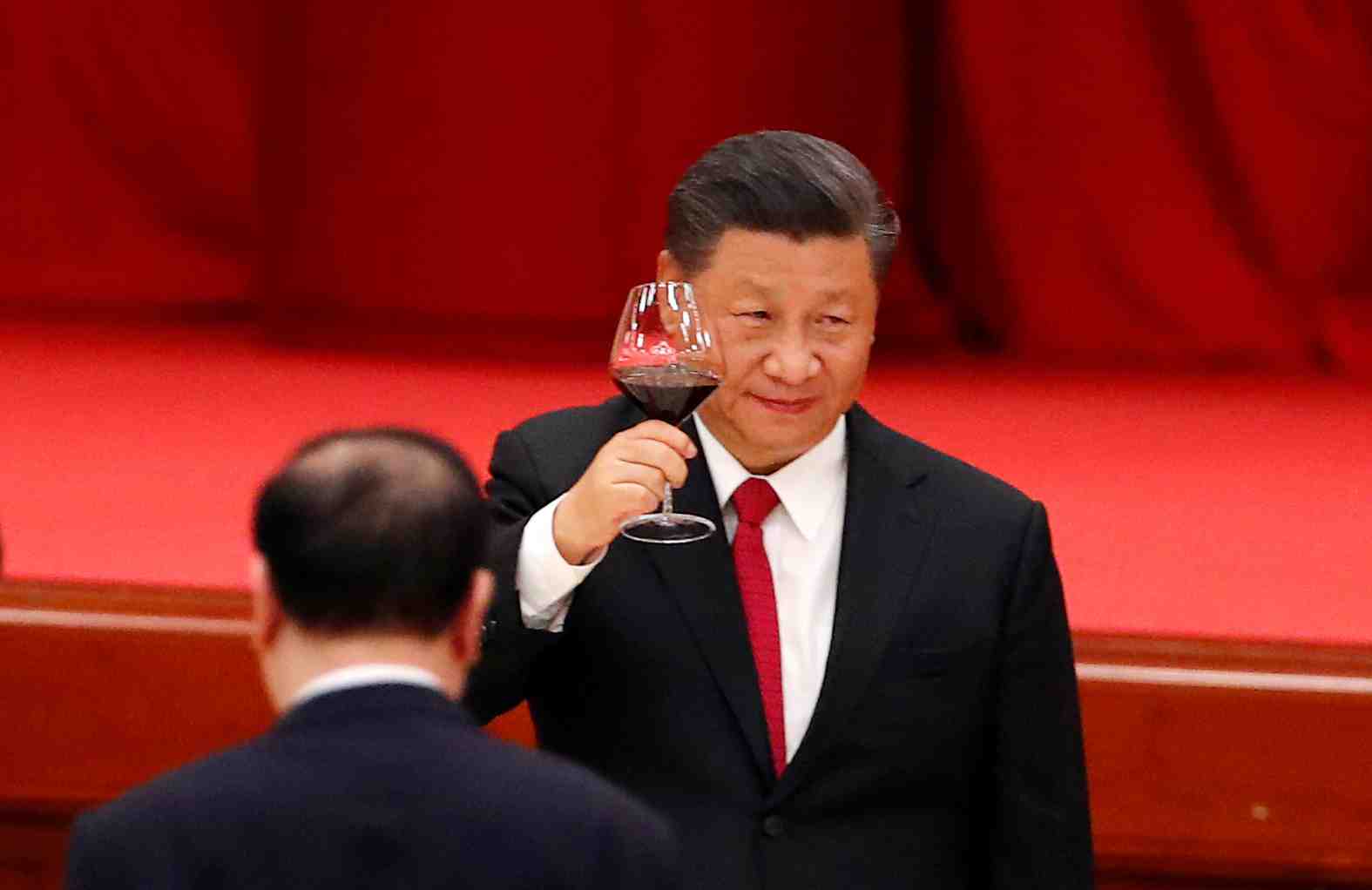 Out of consideration for China, the World Health Organization (WHO) refused to allow Taiwan to participate as an observer at its annual meeting. This reminds me of “Stockholm Syndrome”.

When hostages are held by terrorists, they experience feelings of gratitude to the perpetrators who provide them with food and permission to use the bathroom, and gradually develop a positive attitude toward them.

It was China that started the COVID-19 pandemic in Wuhan, which plunged the world into a major recession as it spread. Now, the Xi Jinping administration is supplying developing countries with Chinese-made COVID-19 vaccines and investing in their infrastructure.

The Chinese-made vaccine has not been well received by the Chinese people, who are afraid of adverse reactions. In fact, the government has had to offer gifts of cooking oil to those who get vaccinations.

Yet for countries terrified of the spread of COVID-19, the vaccines are like long-awaited rain in a crippling drought. Struggling with recession and a shortage of foreign currency, developing countries are turning to China for the construction of bridges and highways. Many developing countries have “thanked” China, and so the WHO has come to do China’s bidding.

The participation of Taiwan as an observer is clear-cut international justice considering the high praise Taiwan has received for keeping COVID-19 at bay. In this COVID-19-battered world, it is not Stockholm Syndrome, but “China Syndrome” that we are faced with.

Xi Jinping, General Secretary of the Communist Party of China (CPC) and President of the People’s Republic of China, has no scruples about spreading dependence on China throughout the world as part of his hegemonic strategy to beat other major powers.

According to an issue of the CPC’s theoretical journal “Qiushi” published last November, on April 10, 2020 in a speech at an internal party meeting, Xi declared, “We must strengthen the world’s dependence on our supply chain to form a strong counterattack and deterrent against foreign countries that try to cut off our supply.”

When it comes to the raw materials needed for manufacturing masks and other medical products, high-tech parts, and batteries for electric vehicles (EVs), it is as if China is saying it will supply them when countries are obedient and grateful. But if they are not obedient, exports will be restricted.

The timing of Xi’s grand edict came just as the spread of COVID-19 was slowing down in China and the pandemic was well on its way to wreaking havoc around the world. I was horrified at the extent of his future scheming.

Yet, many countries play right into Xi’s hands.

The leader of the free world, the United States, is once again becoming more dependent on China. The U.S. trade deficit with China began to surge once again from the beginning of the Biden administration, rising 46% in the January-March 2021 period compared to the same period in 2020. This is due to increased imports of digital products and other goods from China.

After regaining influence in the White House under the Biden administration, Wall Street’s big-wig financial firms have taken a foothold in Hong Kong, the international financial market where the Xi administration has tightened its political control, to expand business in securities with China and gain ground in Shanghai.

It is no wonder that, no matter how much the Biden administration advocates international “encirclement” of China, its policies lack power and effectiveness.

As for our country, Japan may have been suffering from the China Syndrome for quite some time.

Despite the Xi administration’s destruction of Hong Kong’s autonomy and stamping out of pro-democracy forces, and its relentless suppression of human rights in the Xinjiang Uyghur Autonomous Region, Japan’s National Diet has refrained from taking concrete action. It has not even passed a condemnation resolution. Pro-China factions occupy the mainstream of the ruling party, and the majority of opposition parties lack the nerve to criticize China.

Our soft political stance on China has its own economic backdrop. The graph shows shifts in the nominal gross domestic product (GDP) of Japan and China and Japan’s foreign credit. Japan’s GDP is also shown in dollars for comparison with China.

Japan’s GDP did not suddenly start shrinking in 2020 with the COVID-19 pandemic. Whether shown in yen or dollars, Japan’s GDP has either been flattening out or shrinking since the late 1990s.

As I have repeatedly pointed out in this column and elsewhere, the main culprit is chronic deflation, which depresses domestic demand.

In contrast, China’s GDP in dollars has expanded rapidly, reaching three times the size of Japan’s in 2020, and widening the gap even further. With domestic demand in a slump, Japanese companies are becoming increasingly dependent on China.

Japan’s foreign credit is on a similar trajectory to China’s GDP. It can be described as surplus funds that are not used domestically.

These are mainly direct overseas investment and securities investments, and one of the major direct investment destinations is China.

Much of the investment in securities is invigorating major international financial markets like New York and pushing dollar interest rates down. Here, China could issue foreign bonds and use them to finance domestic investmentーand the expansion of its interests in the “One Belt, One Road” project, a huge economic zone designed to take over the world.

The China Syndrome is not unrelated to the economic vacuum in Japan.

(Find access to The Sankei Shimbun report in Japanese at this link.)