[Hidden Wonders of Japan] It’s This Colorful at the Biggest Seaweed-Producing Prefecture! 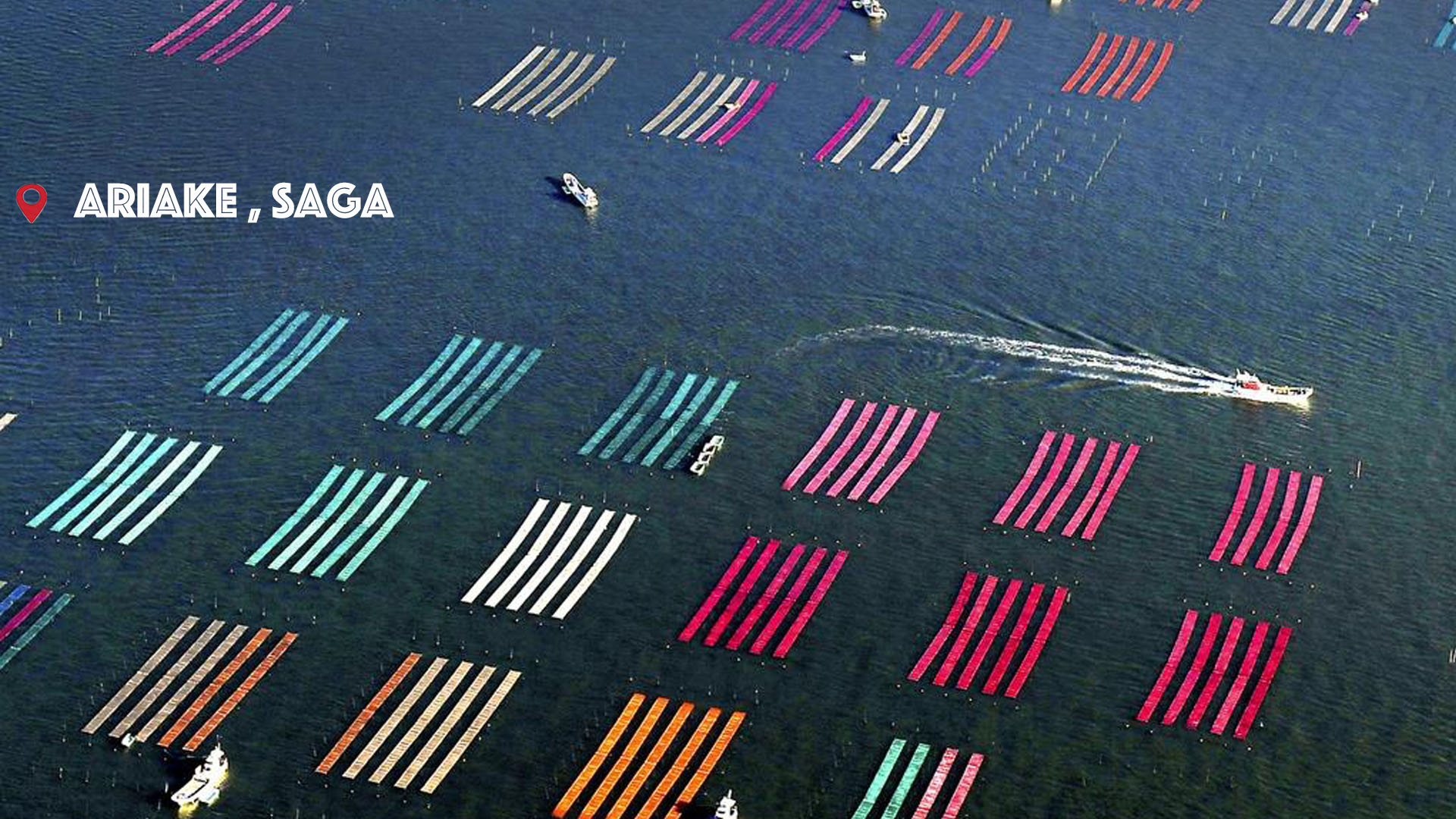 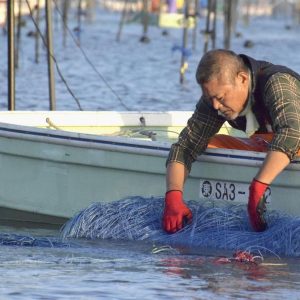 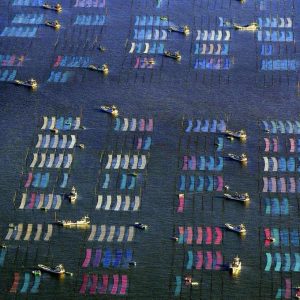 Unless you are interested in fun trivia about seaweed, I expect you will wonder what’s up with the colorful nets being thrown into the water at the port in the picture.

This scene was captured in Ariake, Saga Prefecture. It is an event which takes place every year in the prefectures of Fukuoka, Saga, and Kumamoto on the island of Kyushu in southwestern Japan.

What exactly is the purpose?

To plant the spores of seaweed, of course — or, as it’s also known, the delicious Ariake nori.

It is a scene associated with autumn in the ports of the region. This year, the process of planting the spores started on September 25.

How does it work?

Initially the seaweed spores are put inside oyster shells and grown on land. By autumn, the oysters hosting the spores are stretched on nets in the port so that the spores can take root and grow there. The first harvest is expected in the second half of November.

What this means for regular onlookers is that the port becomes decorated with colorful nets growing the delicious seaweed that dries into crispy sheets to be consumed by so many of us with our sushi.

The seaweed cultivation industry in Ariake has a particularly successful history. This year the Ariake Sea Fishery Cooperative in Saga Prefecture is aiming for JPY23.1 billion (about USD204.5 million) in sales for the season.

There are 18.5 billion sheets of nori produced here annually, making it the country’s biggest producer of the world-famous Japanese seaweed for the 16th year running.

In order to maintain this success, seaweed growers set off every autumn, one boat after another, in the port of Hiroe in Saga and spread their 18-meter-long and 1.5-meter-wide nets.

They then hang their nets on poles, which are placed in the bay. The oyster shells with the seaweed spores are then sunk into the water.

Once that’s done, they pray for a successful harvest.

Shigeaki Tokunaga, chief of the fishery cooperative, said: “We had the impact of typhoons causing the poles to fall down, but we made it in time. We want to work hard to be the top producers of seaweed in Japan once more.”

So, next time you eat sushi, could it be you are also eating Ariake nori?

What is your hidden wonder of Japan? Submit your picture now.